We analyzed publicly traded companies based in the Constitution State to identify the best stock in Connecticut to buy now. 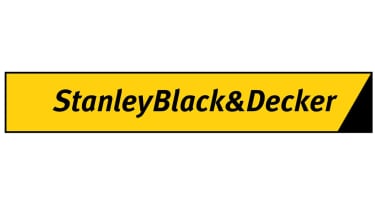 We scoured the nation to identify the best stock in every state. Stanley Black & Decker (symbol SWK) is the publicly traded company we picked in Connecticut. The company headquarters is located in New Britain.

Stanley Black & Decker by the Numbers

Stanley Black & Decker has been reorganizing its toolbox. In February, the manufacturer of industrial and household tools and accessories sold the majority of its commercial door locks business for $725 million. In March, a $900 million deal with Sears gave Stanley the right to make Craftsman Brand tools and sell them through other retailers. In the same month, Stanley acquired Newell Brands’ tool business for $1.95 billion. When the dust settled on those deals, Stanley Black & Decker bumped its 2017 earnings projection from a range of $6.85 to $7.05 per share to a range of $6.98 to $7.18 per share.

Shannon O’Callaghan, an analyst with financial services firm UBS, says that Newell’s tool business enhances and broadens Stanley’s core strength, and she sees the acquisition adding 80 cents a year to Stanley’s earnings per share by 2021. Similarly, she says that Stanley has potential to expand the Craftsman brand, given its scarcity outside of Sears locations, and sees an addition of 35 cents to 45 cents to earnings per share by 2021. She rates the stock a “buy” with a 12-month price target of $147.