We analyzed publicly traded companies based in the Old Dominion to identify the best stock in Virginia to buy now. 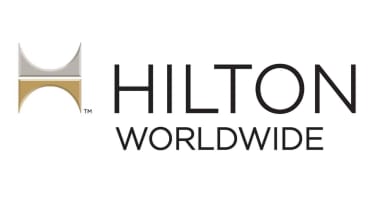 We scoured the nation to identify the best stock in every state. Hilton Worldwide Holdings (symbol HLT) is the publicly traded company we picked in Virginia. The company headquarters is located in McLean.

Hilton Worldwide Holdings by the Numbers

Hilton’s 812,000 hotel rooms currently represent about 5% of the industry worldwide, but that number is about to go up. Last year, the company signed deals to add 106,000 rooms to a pipeline that now totals 310,000 rooms, with 50,000 to 55,000 slated to become available this year. All told, more than one in five hotel rooms under construction belong to a Hilton brand.

Hilton is focusing on recently launched brands, such as Curio and Tapestry, which aim to combine the benefits of boutique hotels (cozy, intimate and locally focused) with the advantages of being part of a chain (such as a loyalty program). Four of five new customers at these hotels, the company says, are likely to stay at another Hilton property afterward. That bodes well for Hilton’s long-term expansion plan, say analysts at UBS. In the meantime, Bank of America Merrill Lynch analyst Shaun Kelly says that Hilton’s recent renegotiation of a credit card agreement with American Express will boost fee revenues from the co-branded Hilton Honors card . He rates the stock a “buy” with a 12-month price target of $73.