Take advantage of the growing gap between yields of long-term Treasuries and those of medium-grade corporates of similar maturities. 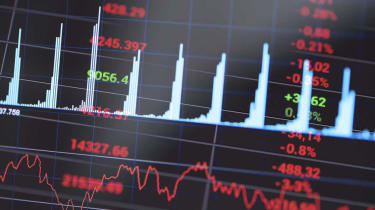 As the Federal Reserve gets ready to finally raise interest rates, and fear and loathing reach a fever pitch in bond-land, I am reminded of a column that appeared in a well-known business magazine in December 2013, just before Janet Yellen’s confirmation as Fed chairman. It began, “Bonds are going to get killed. Are you ready?” My reaction at the time: Poppycock. Now, two years later, my view hasn’t changed much.

Bonds will not get slaughtered in 2016 any more than they were clobbered in 2015, mauled in 2014 or creamed over any extended period in recent memory. And that’s because, no matter what the doom-and-gloom crowd opines, interest rates will not skyrocket (bond prices and rates move in opposite directions).

Rates won’t climb much because, as the Fed said after its October meeting, global economic growth is tepid and inflation remains persistently low. A strong dollar also keeps rates low because it encourages foreigners to buy our Treasuries and corporate bonds. All this buttresses my view that low rates and bond yields are an entrenched fact of life and will be around the rest of this decade.

My yield forecast. Cutting to the chase, I expect the yield on the benchmark 10-year Treasury bond to range from 2.0% to 2.75% in 2016 (compared with 2.2% in early November). It’s true that if and when the Treasury prints 2.75% on a new bond due in 2026, an existing 10-year bond will lose roughly 6% of its market value. But bond prices and yields will bounce all year within that range. A temporary 6% hit is no more cause to boycott bonds than the 2015 correction in share prices was reason to quit stocks.

For 2016, I suggest that you adhere to a core-and-satellite strategy. The core of your bond portfolio should be a high-grade, medium-maturity mutual fund or exchange-traded fund. Fidelity Total Bond (symbol FTBFX, 3.1% yield), a member of the Kiplinger 25, is a solid choice. If you prefer ETFs, use Pimco Total Return Active ETF (BOND, 2.8%), a member of the Kiplinger ETF 20.

Then target corners of the vast bond marketplace that pay you the most extra income for the least amount of risk. (Tax-exempt municipal bonds are the leading example; I’ll discuss them in detail next month.) Next, look at debt with maturities of two to five years. Even as the Fed kept overnight rates near zero through October, short-term yields have quietly been rising. You can buy short-term and intermediate-term bonds directly, or use funds, such as Kip 25 member Vanguard Short-Term Investment-Grade (VFSTX, 1.8%) or DoubleLine Low Duration (DLSNX, 2.1%), that mostly hold bonds in that range of maturities.

To aim for still higher yields, take advantage of the growing gap between yields of long-term Treasuries and those of medium-grade corporates of similar maturities. Many long-term corporates with triple-B ratings are now paying about 2.5 percentage points more than comparable government debt, meaning you can get yields of about 5% on IOUs from solid, though not pristine, borrowers. I sense that yields of 5% on triple-B bonds are more than enough to attract such key buyers as banks, insurance companies and Europeans who cannot abide the Continent’s invisible yields, and I wouldn’t be surprised to see total returns of 7% in this area in 2016. A solid fund with about two-thirds of its assets in bonds with triple-B ratings is T. Rowe Price Corporate Income (PRPIX, 3.3%).

I am much less sanguine about high-yield bonds because of the heavy representation of energy companies in the junk-bond market. Unless oil prices unexpectedly rally, we could be facing a raft of defaults in the energy patch. Stick with investment-grade bonds over the coming year.

Senior Editor Jeff Kosnett is also the editor of Kiplinger’s Investing for Income, a monthly newsletter that focuses exclusively on this topic.