You can win by not losing in bonds next year. 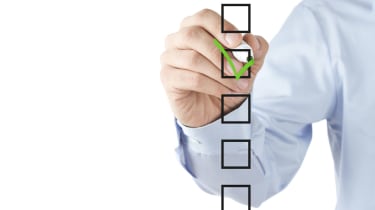 It’s hard to be bullish on bonds. The Federal Reserve is expected to raise short-term interest rates on December 16, its first hike in nine years. That can’t be good for bonds, whose prices move in the opposite direction of rates. European government bonds actually sport negative yields—that means investors have to pay the government to hold their money. The 10-year U.S. Treasury bond yields just 2.27%. On top of that, low-quality “junk bonds” have sold off sharply of late.

I’ll be surprised if bond funds produce returns of more than 2% on average in the coming year. But 2% is better than nothing. And you need bonds in your portfolio, not so much for income as to reduce the volatility of your overall investments. High-quality bonds almost always hold up well in stock bear markets. But pay little or no attention to bond funds’ long-term returns; for bond funds in particular, what’s past is not prologue.

The number to focus on is a fund’s duration. Duration gives you an idea of how much a bond fund will lose in value as interest rates rise. For example, if a fund has an average duration of 5 years, you can expect it to decline by 5% in value if interest rates rise by one percentage point. Duration considers price only. When rates rise, you’ll still collect the interest income, which is expressed as a fund’s yield—in fact, as a fund falls in price, its yield will, of course, rise.

Don’t overlook credit quality. Debt rated below triple-B-minus is considered junk. I wouldn’t avoid all junk bonds, but be aware of what you own, and don’t overdo high-yield, particularly the lower-rated tiers of junk bonds.

With that dose of caution in mind, here are my seven best picks for 2016. (Five of the seven are members of the Kiplinger 25.)

Jeffrey Gundlach, one of the nation’s most highly regarded bond investors, and comanager Philip Barach have produced top-notch results at DoubleLine Total Return Bond (symbol DLTNX) by holding a mix of government-guaranteed mortgages and riskier privately backed mortgages. The government mortgages should do well in a slow-growth environment; the private mortgages, Gundlach argues, will hold up well if the economy strengthens. Roughly 20% of the fund’s assets are in securities with junk ratings. The fund, which yields 3.5%, has an average duration of 3.5 years. That suggests that the fund would break even on a total-return basis if rates rose by one point. The fund, a member of the Kip 25, charges 0.72% annually.

Fidelity has quietly built a first-rate bond lineup. Although its funds’ fees are not as low as those of Vanguard’s funds, some Fidelity funds are, in my view, better than comparable Vanguard funds. Take Fidelity Total Bond (FTBFX), which charges 0.45% annually. The fund yields 3.0%. Most of the fund’s bonds are investment-grade, but about 15% are junk-rated. The average duration is 5.3 years. That could hurt when rates rise, but this fund is a good middle-of-the-road choice to serve as the core of the tax-deferred portion of a bond portfolio. Total Bond is a member of the Kip 25.

If you’re investing in a taxable account, you’ll be hard-pressed to find a better fund than Fidelity Intermediate Municipal Income (FLTMX). Munis, which pay interest that is generally free of federal income tax, typically offer a bit less volatility than taxable bonds with similar characteristics. The fund’s average duration is 5 years, and its average credit quality is a relatively safe single-A. The fund, a Kip 25 member, charges 0.36% and yields 1.5%. That’s the equivalent of 2.1% for a taxpayer in the 28% bracket and 2.7% for one in the highest, 43.4% bracket.

In a taxable account, Vanguard Limited-Term Tax-Exempt (VMLTX) gives you a low-risk muni option. The fund has a duration of 2.5 years and charges just 0.20%. Average credit quality is double-A. But the fund yields only 0.9% (that’s a tax-equivalent 1.6% for a taxpayer in the highest bracket).

Another Kip 25 member, Metropolitan West Unconstrained Bond (MWCRX) is inoculated against rising rates. The fund’s average duration is a mere 1 year, making it an excellent choice to reduce the duration of your overall bond holdings. About 25% of the fund’s assets are in junk-rated bonds, which I see as the main risk. What gives me confidence is that the fund’s quartet of managers have steered Metropolitan West Total Return (MWTRX), a core bond fund, to solid returns since its inception in 1997. Unconstrained Bond, which was launched in 2011, charges 1.03% in annual fees and yields 2.1%.

They don’t call them junk bonds for nothing. Junk-rated bonds have a real risk of not paying what they’ve promised when the economy—or even a sector of the economy—loses steam. But Vanguard High-Yield Corporate (VWEHX) provides a conservative approach to this risky portion of the bond market. The fund, managed by Wellington Management’s Michael Hong, has consistently held up better than its rivals in junk-bond sell-offs. For instance, this year through December 14, High-Yield Corporate lost 2.8%—less than half the decline of the average junk-bond fund. The fund charges just 0.23% annually and yields 5.9%. Average credit quality is B. Only 8% of the fund’s bonds are rated below B or unrated. By contrast, Third Avenue Focused Credit (TFCVX), which recently barred investors from redeeming their shares, had more than 80% of assets in bonds rated below B or with no ratings at all. The Third Avenue fund has plunged 27.1% so far this year.

Looking for a safe choice in a taxable bond fund? Consider Vanguard Short-Term Investment-Grade (VFSTX). The fund, a Kip 25 member, has an average duration of 2.5 years and an average credit quality of single-A. It charges just 0.20% annually and yields 2.0%.

For the funds above, I’ve listed the retail symbol and expense ratio. For all but the Fidelity funds, an institutional share class sports a lower expense ratio. I’d urge you to always buy the cheaper fund, even if you have to pay a small transaction fee to buy the fund through a discount broker.

Next week, I’ll offer my favorite exchange-traded funds (ETFs) for 2016.