Buybacks have been getting some political attention. Done right, though, they can be a good deal for shareholders. 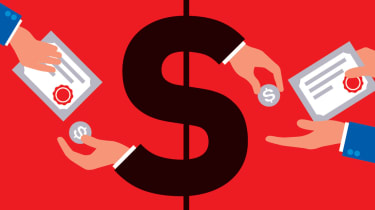 The topic of stock buybacks is on the minds of politicians and investors alike, and it’s no wonder: 2018 was a banner year for companies buying shares of their own stock. Flush with cash, thanks to friendlier corporate tax policies, companies in Standard & Poor’s 500-stock index repurchased $806 billion of stock last year, up 55% from the previous year and 37% from the record set in 2007. The spending continues: Investment firm Goldman Sachs expects S&P 500 firms to spend $940 billion on buybacks in 2019.

With companies having already spent $4.7 trillion over the past decade on their own stock, politicians are beginning to wonder if that money would be better spent elsewhere. Earlier this year, Senators Chuck Schumer and Bernie Sanders announced plans to introduce legislation that would require companies to meet conditions—such as paying a $15 minimum wage and providing certain health care benefits, including paid sick leave—before they could repurchase shares.

Large-scale buybacks, the senators argued in a New York Times op-ed, benefit major shareholders and executives at the expense of workers, and also divert corporate spending from research and development. Experts say such a bill would be unlikely to become law and question whether, in its current form, it would have the desired effect. “I get nervous when I see legislation that attempts to fix an ill in the corporate system by just addressing one part,” says Tamara Belinfanti, a professor at New York Law School who specializes in corporate governance. She says rules limiting stock buybacks wouldn’t necessarily prompt companies to deploy money in the way Schumer and Sanders want it spent.

Some concerns about buybacks may be overblown. Although money spent on buybacks is growing, companies aren’t neglecting investment in their businesses. Spending on R&D as well as to maintain or upgrade buildings, equipment, technology and the like has made up the largest portion of corporate cash outlays every year since 1990, according to Goldman Sachs.

As for executives using buybacks to boost stock prices in order to line their pockets, Goldman research found that companies in the S&P 500 that tie executive pay to stock performance spend a smaller proportion of corporate cash on buybacks than firms that don’t. Still, the senators’ proposal and others like it raise questions as to whether buybacks are good for corporations and the people who invest in them.

What’s the appeal? Taken as a whole, the stocks of companies buying back shares have performed well. The S&P 500 Buyback index, which tracks the performance of the 100 S&P 500 firms repurchasing the highest proportion of their shares, has returned an annualized 17.9% over the past decade, compared with a 15.2% return for the broad stock market.

Like dividends, buybacks are touted by corporations as a way to return excess cash to shareholders. Instead of giving investors a cash payment, companies repurchase their own shares, typically on the open market. By reducing the number of shares outstanding, each share an investor owns is worth a bigger piece of the company. Dividing earnings among fewer shares boosts a firm’s earnings per share, a fundamental market yardstick that can drive share-price gains.

That may not be the main goal for some companies, however. In many cases, share buybacks are used to keep a company’s share count stable as employee stock options vest. At firms where executives and employees are compensated with stock, buybacks keep company shares from being diluted in value as stock options are exercised.

Biotech firm Biogen (BIIB, $226) is a good example. The stock plunged in March after trials for its Alzheimer’s treatment were discontinued when the drug proved ineffective. Soon after, the company announced $5 billion in planned share repurchases for 2019, on top of the $1.7 billion remaining under the current program. The planned buybacks, which represent about 15% of the company’s market value, are a major vote of confidence from management, Schoonover says. Shares have rebounded a bit since the buyback announcement but still sit more than 40% below their 2018 high and well below their fair value, according to Morningstar analyst Karen Andersen, given that Biogen is developing promising treatments for other neurological disorders.

Spotting good deals. Profitable, cash-rich firms that consistently buy back shares at favorable prices tend to be good investments, says Schoonover. But before buying in, investors should make sure that a firm has sufficient funds, either in the form of free cash flow (cash profits after capital outlays) or cash on the balance sheet, to cover the repurchase. The bigger the share-count reduction, the bigger the potential boost in share price. When looking for buyback opportunities, Schoonover recommends sticking to companies repurchasing at least 10% of the firm’s market capitalization (shares outstanding multiplied by stock price).

David Fried, who publishes The Buyback Letter, a buyback-themed stock newsletter, says to look for companies that have a history of completing the buyback programs that they announce. And don’t look at buybacks in a vacuum; Fried favors firms with low price-earnings ratios and high dividend yields in conjunction with consistent buyback programs.

Cisco Systems (CSCO, $56) fits Fried’s bill. The networking giant isn’t stingy about returning cash to shareholders. Earlier this year, the firm hiked its quarterly dividend by 6%, to 35 cents a share (for a yield of 2.5%) and announced plans to buy back $15 billion worth of stock, on top of a $25 billion authorization announced in 2018. The firm’s moves inspire “confidence in the strength and stability of its cash flows,” says Keith Snyder, an analyst at investment research firm CFRA, who rates the stock a “buy.”

Another blue-chipper to consider: The Travelers Cos. (TRV, $139). The insurance firm bought back 51% of its outstanding shares from 2010 through 2018 and continued the trend with $421 million in share repurchases in the first quarter of this year. Meanwhile, the company’s “top-notch risk management and underwriting prowess” should help the firm outpace its peers in the insurance industry, says CFRA analyst Cathy Seifert.

Investors drawn to buybacks should tread carefully. For example, a firm taking on debt to repurchase stock is a red flag, as it may be a struggling company’s attempt to buoy sinking shares, says Howard Silverblatt, senior index analyst at S&P Dow Jones Indices. “That strategy may work temporarily, but in the end you can’t fight the market,” he says.

Bear in mind that the arithmetic that can boost a stock’s share price after a buyback announcement typically translates into long-term gains only if the company actually reduces its share count. It may be years, if ever, before the program is completed. And although investors typically punish companies that renege on plans to pay a dividend, firms face few consequences for failing to execute a buyback. “Com­panies see dividends as an obligation and buybacks as an option,” says Schoonover.

This affords companies the flexibility to deploy cash earmarked for buybacks on more-attractive investments, should they come along. But it also means you may never see the boost in stock value that you were anticipating when the buyback was announced.