Central bank actions have made overseas debt more appealing, but watch out for the effect of exchange rates. 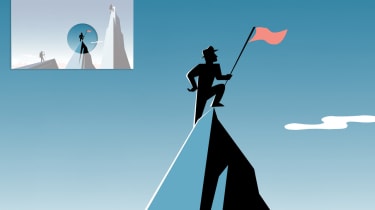 Shooting for extra income? It can pay to venture offshore. Yields on bonds issued by foreign governments and companies often beat comparable U.S. rates. Moreover, central banks in Europe and Japan recently cut interest rates, while the Federal Reserve has embarked, gingerly, on the opposite path. Such divergences can make foreign bonds a better bet than U.S. bonds, which stand to lose value if rates continue to increase at home.

Risks to your money. Swings in foreign currencies may be tough to overcome. If the dollar were to resume its ascent, bonds based in other currencies would likely slump. Moreover, even dollar-based foreign debt could slide if local economic conditions decline or interest rates climb. Companies and governments may also have a tougher time repaying their debts if the dollar gains value (making their local currencies worth less and hiking their interest costs).

Hire a pro. T. Rowe Price Global Multi-Sector Bond (PRSNX, 3.7%) holds half of its assets in foreign bonds, ranging from Canadian government debt to securities issued by companies such as Deutsche Bank and Schlumberger. At last word, 47% of the fund’s assets carried junk ratings or were unrated. That bumps up its yield but could magnify losses. Kiplinger 25 member Fidelity New Markets Income (FNMIX, 6.4%) keeps nearly all its assets in dollar-based securities, with 60% at last report in government bonds and 30% in corporate debt (the rest is in cash and stock ETFs). Also compelling is iShares J.P. Morgan USD Emerging Bond ETF (EMB, $110, 4.8%), which mainly holds government bonds issued in dollars. Emerging markets are highly volatile, though, and this fund, a member of the Kiplinger ETF 20, could hit some lengthy rough patches. (All prices and returns are as of March 31.)