Don't let a few headlines about jursidictions with financial woes scare you away from these tax-exmpt yields. 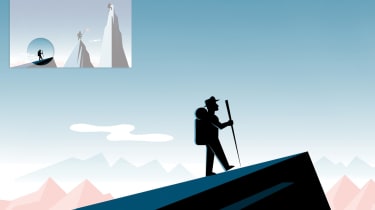 On the surface, bonds issued by state and local governments don’t pack much of a yield punch. But Uncle Sam generally doesn’t tax muni interest, which may be exempt from state taxes, too. Those breaks add up, especially for investors in the higher tax brackets. A 2% yield from a muni bond translates to a taxable yield of 3.3% for taxpayers in the top, 39.6% bracket. Add in a 3.8% Medicare levy on high-income earners, and the taxable-equivalent yield of 2% tax-free climbs to 3.5%.

Even after a strong two-year run—with high-quality tax-free bonds returning an average of 9.1% in 2014 and 3.3% in 2015—the market still looks “a little cheap,” says Hugh McGuirk, head of municipal investments at T. Rowe Price. After taxes, muni yields exceed those of Treasury bonds with similar maturities. And despite headlines about states and other jurisdictions with shaky finances—notably Illinois and Puerto Rico—almost all muni issuers honor their obligations. Individual muni bonds default at a rate of less than 0.2% a year, which is well below the default rate for high-quality corporate bonds.

Risks to your money. Credit-rating cuts could send bond prices spiraling. States with a “negative” ratings outlook now include Alaska, Louisiana, New Jersey and Pennsylvania, according to Moody’s. Rising interest rates would lower the value of existing bonds and depress share prices of muni funds (though higher interest payments would offset the losses over time). Inflation may eat away at the value of your principal and interest payments.

Hire a pro. Residents of high-tax states should buy funds that hold bonds issued by their state or local government. Two top mutual fund choices for California and New York residents are Vanguard California Long-Term Tax-Exempt (symbol VCITX, yield 1.9%) and Vanguard New York Long-Term Tax Exempt (VNYTX, 1.8%). If state taxes aren’t a concern, go for iShares National Muni Bond ETF (MUB, $111, 1.5%), an exchange-traded fund that holds hundreds of munis issued by state and local governments across the country. T. Rowe Price Tax-Free High Yield (PRFHX, 2.8%) pays substantially more, but the mutual fund’s bonds have lower credit ratings and are more susceptible to default or a slump in price if their issuers run into financial troubles. (All prices and returns are as of March 31.)

Do it yourself. Individual bonds can be a good bet if you hold them to maturity. But you should take this route only if you can plow in at least $50,000, spread over several bonds, in order to stay well diversified. A San Diego Redevelopment Agency bond, rated double-A, recently yielded 2.5% to maturity in 2027. And a Chicago O’Hare International Airport revenue bond, rated single-A, yielded 3.4% to maturity in 2031. Neither bond can be called, or redeemed, until 2025, and their issuers should generate enough steady revenue to meet their interest payments until the debt comes due, says Dusty Self, comanager of the RidgeWorth Seix Short-Term Municipal Bond Fund.