Not all bonds are created equal. From agencies to zero-coupons, learn the basics behind a variety of bonds. 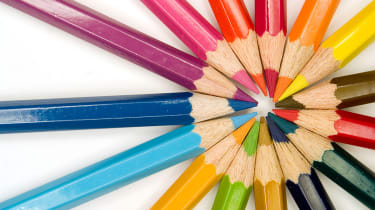 Bonds can help diversify your investment plan, but they come in a variety of flavors. Get to know all the different types and figure out which ones belong in your portfolio.

Secured bonds are backed by a lien on part of a corporation's plant, equipment or other assets. If the corporation defaults, those assets can be sold to pay off the bondholders.

Debentures are unsecured bonds, backed only by the general ability of the corporation to pay its bills. If the company goes broke, debentures can't be paid off until secured bondholders are paid. Subordinated debentures are another step down the totem pole. Investors in these don't get paid until after holders of so-called senior debentures get their money.

Zero-coupon bonds may be secured or unsecured. They are issued at a big discount from face value because they pay all the interest at maturity, with no payments along the way. (Although buying such a bond may sound nutty, in fact zero-coupon bonds offer a number of potential advantages to investors.)

The interest paid to holders of both revenue and general obligation municipal bonds is exempt from federal income taxes and, usually, income taxes of the issuing state.

Agency securities are issues from various U.S. government-sponsored organizations, such as Fannie Mae (formerly the Federal National Mortgage Association) and the Tennessee Valley Authority. Although they are not technically backed by the full faith and credit of the U.S. Treasury, they are widely considered to be moral obligations of the federal government, which presumably wouldn't let an agency issue fail.

Callable bonds are issues that can be redeemed, or "called," before they mature. A company might decide to call its bonds if, for instance, interest rates fell so far that it could issue new bonds at a lower rate and thus save money. This is obviously to the corporation's advantage, not yours. Not only would you lose your comparatively high yield, but you'd also have to figure out where to invest the unexpected payout in a climate of lower interest rates. And if the bond were called for more than you paid for it, you'd also owe tax on the difference.

Convertible bonds are corporate bonds that can be swapped for the same company's common stock at a fixed ratio — a specified amount of bonds for a specified number of shares of stock. Convertible features make some companies' bonds more attractive by offering the possibility of an equity kicker: If the price of the stock rises enough after you buy the convertible bonds, you can profit by swapping your bonds for stock.

For example, suppose you buy five convertible bonds issued by AT&T at $1,000 each. The bonds pay 7% and each is convertible into 40 shares of AT&T stock. When you buy the bonds, AT&T is selling at $20 a share. Because break-even conversion price is $25, you've paid $5 a share for the conversion privilege. If AT&T stock climbs above $25, you can make a profit by converting your bonds to stock. If the price were to go to, say, $30, you could quickly turn your $5,000 bond investment into $6,000 worth of stock.

Because their fate is so closely tied to that of the stock price of the issuing firm, convertible bonds tend to be more closely in sync with the stock market than the bond market.