Hedge your rate risk by going with overseas issuers. 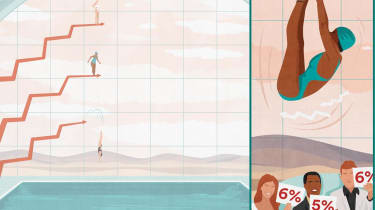 Interest rates may be on the upswing in the U.S., but central banks in other parts of the world are still trying to keep them down. That can make foreign bonds a better bet over the next year. Although yields in Europe and Japan aren’t enticing, fund managers are finding opportunities in select foreign markets. In the developing world, yields top 5%. Moreover, many foreign firms and governments issue dollar-denominated debt, mitigating the impact of currency swings on the bonds’ prices.

Risks to your money. Foreign bonds could slump if overseas economies weaken. A sharp rise in the dollar could pressure bonds that are denominated in foreign currencies (when the greenback strengthens, investments in foreign currencies translate into fewer dollars). Emerging-markets bonds are particularly vulnerable to abrupt reversals in investor sentiment.

How to invest. Conservative investors should give T. Rowe Price Global Multi-Sector Bond (PRSNX, 3.4%) a try. The fund keeps about one-third of its assets in U.S.-based debt, which steadies the portfolio, and most of the fund’s holdings consist of high-quality government and corporate bonds. Also in the mix is a 9% stake in floating-rate bank loans, which should fare well if short-term U.S. rates increase.

Spice up your portfolio with Fidelity New Markets Income (FNMIX, 5.9%), a member of the Kiplinger 25. The fund emphasizes bonds issued by governments in Latin America, eastern Europe and the Middle East—parts of the world where yields (and risks) are considerably higher than in the U.S. and western Europe. However, longtime manager John Carlson keeps more than 90% of the fund in dollar-based debt, which should help minimize losses if the dollar climbs sharply.

Another good choice for developing-world bonds is TCW Emerging Markets Income (TGINX, 5.3%). The fund invests in both local-currency bonds and dollar-based debt. Lead managers Penny Foley and David Robbins have racked up a strong record, performing well “in a variety of market conditions,” says Morningstar analyst Karin Anderson. In 2015, when the typical emerging-markets bond fund lost 6.0%, TCW declined by just 2.8%.