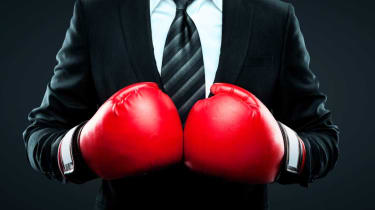 Vanguard’s low-cost index funds have dominated the mutual fund world in recent years. But in addition to index funds, the mavens of Malvern, Pa., run a large stable of actively managed funds. Not only aren’t these funds widely advertised, in some cases they’re all but invisible. That’s where we come in.

This article provides a scorecard showing which of Vanguard’s near-clone funds have done better: the exchange-traded index fund (which is generally also offered as a regular fund in an admiral share class) or the actively managed one. Which should you own? The results may surprise you.

In picking twins to consider, a lot of subjectivity comes into play. After all, virtually every fund can be measured against a benchmark index, and Vanguard offers a large array of index and actively managed funds. So I’ve focused on a handful of fund pairs that have relatively narrow and quite similar investment mandates.

For the index funds, I’ve listed only the ETF symbol. For the actively managed funds, I’ve provided the expense ratios for the investor share class. The admiral shares, which have higher minimums (usually $10,000 or $50,000), charge lower expenses; in fact, their fees are exactly the same as the ETF expense ratios. Below are the fund matchups, in no particular order.

Both of these funds seek large companies with the wherewithal and willingness to hike their dividends for years to come. Dividend Appreciation (VIG) follows an index strategy: Stocks must have raised their dividends in each of the past 10 years and must pass several financial-health tests. Dividend Growth (VDIGX) has a similar, but far less strict, mandate; Wellington Management’s Donald Kilbride chooses which stocks to buy. The ETF charges just 0.10% annually; the mutual fund charges 0.32%—and the mutual fund is well worth the higher price. Since the ETF’s inception in late 2006, it has trailed the mutual fund in every calendar year except two. Over the past five years, the mutual fund has topped the ETF by an average of 2.2 percentage points per year. (All returns in this article are through January 4).

Both funds invest mostly in large health care companies, with an emphasis on big drugmakers. The ETF (VHT) mirrors a capitalization-weighted MSCI index and charges just 0.09% annually. The mutual fund (VGHCX) brings a value tilt to the health sector and charges 0.34%. Longtime manager Ed Owens of Wellington retired from the fund at the end of 2012, but current manager Jean Hynes, also at Wellington, had worked with Owens since 1992 and had been comanager since 2008. The fund is superior; it has beaten the ETF in eight of the past 10 years. Over that stretch, the fund has bested the ETF by an average of 1.3 percentage points per year.

If you’re brave enough to stick a toe into the battered energy sector, you can choose between products with somewhat different approaches. The ETF (VDE) invests in an MSCI market-capitalization-weighted index of domestic energy firms. That means oil giants ExxonMobil (XOM) and Chevron (CVX) make up about one-third of its assets. Because these behemoths haven’t been punished as savagely as less financially stable firms and because of its U.S. focus, the ETF has beaten the mutual fund (VGENX) in each of the past six years (the mutual fund has about 30% of its assets in foreign stocks). Over the past 10 years, the ETF has eclipsed the fund by an average of 1.5 percentage points per year. Wellington Management’s Karl Bandtel, who runs all but a tiny portion of the mutual fund (Vanguard’s in-house quantitative team runs 6% of its assets), is retiring June 30 and will be replaced by Greg LeBlanc. The ETF is the better choice here, without even considering how LeBlanc will fare. The ETF charges 0.10%, compared with 0.37% for the mutual fund.

This pair targets the safer types of mortgages. The mutual fund (VFIIX) sticks mainly to the safest: Ginnie Maes, which boast explicit government guarantees against default. Wellington’s Michael Garrett, who has been lead manager of the fund since 2010, has only about 15% of GNMA’s assets in Fannie Maes and Freddie Macs, which have an implicit government guarantee. The ETF (VMBS), meanwhile, has only 31% in Ginnie Maes, meaning it courts a bit more credit risk. That said, both funds are quite safe. Mortgages pay higher yields than Treasuries partly because of the risk that homeowners will refinance their mortgages at lower rates. Over the past five years, the mutual fund has returned an average of 0.3 percentage point per year more than the ETF. But the mutual fund has slightly more interest-rate risk—that is, it will likely fall a bit more than the ETF as bond yields rise. The ETF, which tracks a Barclays mortgage bond index, charges 0.10% and yields 2.1%. The mutual fund charges 0.21% and yields 2.4%. In my view, the ETF is an ever-so-slightly better choice.

I love short-term corporate bond funds in this market. They should hold up reasonably well as interest rates slowly rise. The ETF (VCSH), which tracks a Barclays short-term bond index, charges 0.10% and yields 2.3%, and average credit quality is single-A. Figure on the ETF’s price falling 2.8% if interest rates rise by one percentage point. Average credit quality for the mutual fund (VFSTX) is also single-A. It yields 2.1%, costs 0.20% and should lose 2.6% if rates climb by one percentage point. Vanguard’s Greg Nassour, who sticks close to the same benchmark that the ETF mirrors, ably manages the mutual fund. Over the past five years, the ETF has returned an average of 0.5 percentage point more per year than the fund. Again, I give a slight nod to the ETF.

Vanguard offers a slew of bond funds—corporate, government and municipal in short-term, intermediate-term and long-term varieties—in both index-tracking ETFs and in-house lightly managed funds. I couldn’t begin to cover all of them in one article. But, in general, the longer-term the fund is, the more I’d give the nod to active management, because it takes slightly less interest-rate risk.

Nor have I even touched on the question of whether Vanguard Total Stock Market (VTI) is superior or inferior to a slew of actively managed domestic stock mutual funds, for almost all of which Vanguard outsources management. But readers of this column know my preference for the Primecap funds. The two Vanguard Primecap offerings are closed to new investors, but Primecap itself offers two superb open funds: Primecap Odyssey Growth (POGRX) and Primecap Odyssey Stock (POSKX).

There are, however, more than a couple of Vanguard actively managed funds you should avoid. Among them are Vanguard U.S. Growth (VWUSX), which is run by 10 managers from five firms; Vanguard Morgan Growth (VMRGX), whose assets are likewise spread among five sub-advisers; and Vanguard Explorer (VEXPX).

For his part, Dan Wiener, who edits The Independent Adviser for Vanguard Investors, gives the nod to Vanguard’s actively managed funds. “In general, my favorite active funds have made mincemeat of the comparable index funds,” he says. Low costs and Vanguard’s superior selection and monitoring of sub-advisers are the chief reasons.

These top mutual funds to invest in for a long time horizon don't all have the same goals, but they share a number of advantages.
States With Scary Death Taxes

Before you accept a buyout, do the math to see if you really can afford to retire. (We'll show you how.) Then follow up with these tried-and-true stra…
The Best Vanguard Funds for 401(k) Retirement Savers