Skip to ContentSkip to Footer
Advertisement
Investing for Income

10 Things You Should Know About Bonds

Bonds can be more complex than stocks, but it's not hard to become a knowledgeable fixed-income investor.

When it comes to bond investing, there's a lot more to know than the current interest rate on Treasuries.

Bonds have two primary roles: income – whether taxable or tax-free – and portfolio diversification. Much of the time, when stocks or other investments struggle, bonds hold their value.

But these are complex creatures, and there’s a lot more to know than the current interest rate on a Treasury bond or the name of a big bond fund.

Read on to learn some of the key concepts every bond investors should know.

It's All About Interest Rates

What Does "Duration" Mean?

To dispel with some misconceptions, "duration" is not a rough estimate of how long it will take to reach your investing goal. Neither is it the number of years a bond issuer has gone without a negative credit event. And It doesn't refer to the number of years before the borrower has to return your principal.

Rather, it’s a measure of a bond’s interest rate sensitivity.

Duration – roughly related to a bond’s maturity, or the average maturity of the bonds in a fund’s portfolio – tells you approximately how much the price of a bond, or a fund’s net asset value, would fall or rise depending on the direction of interest rates. A duration of 5.5, for example, implies that a fund’s share price would fall roughly 5.5% if market rates rise one percentage point over a 12-month period.

A rising stock market that attracts investment assets at the expense of bonds, or a growing government budget deficit can hurt returns on bonds, but nothing cripples them like the "I" word.

Indeed, nothing is as pernicious to a lender than inflation, which represents a double-whammy for bondholders.

After all, inflation both devalues the real worth of future interest payments and usually results in higher interest rates that detract from a bond’s current market value.

Recession talk makes bond investors nervous for good reason. Corporate bonds are at increased risk of default when the economy is contracting. It turn, that keeps a lid on bond prices.

What Is an Inverted Yield Curve?

Nothing gets recession talk started like an inverted yield curve.

A wild and volatile bond market, also known as an upside-down bond market, isn't nearly as worrisome. It's also not good when Treasury securities pay higher interest rates than corporate bonds or mortgages with the same maturity.

But an inverted yield curve is worse. When short-term Treasury notes pay a higher interest rate than long-term government notes and bonds, there be monsters ahead.

Inverted yield curves are usually taken as a warning that the economy is slowing and might go into a recession. Longer-dated maturities typically yield more than shorter ones; when that relationship reverses, it could be because investors foresee lower interest rates as the economy slows along with borrowing demand.

However, there are exceptions, and an inverted yield curve doesn’t always spell disaster.

What Is the Highest Rating a Bond Can Have?

The two most important agencies that rate the creditworthiness of bond issues are Moody's and Standard & Poor's.

The highest credit score for borrowers – be they companies or countries – is AAA. Both agencies use the same designation when it comes to the very best, most reliable debtors.

AAA ratings are precious and hard to earn. The government of Canada gets one. So does pharmaceutical giant Johnson & Johnson also has a AAA rating. Apple, however, even with its massive war chest and firehouse of free cash flow, gets a rating of Aa1 from Moody's. (S&P rates Apple at AAA; AA+, a step lower, is the equivalent of Aa1 at Standard & Poor's.)

Famously, the U.S. lost its top-notch rating from Standard & Poor’s when the rating agency downgraded Uncle Sam to AA+ in August 2011, citing a high level of debt and weakened “effectiveness, stability and predictability of American policymaking” with regard to the debt load.

What Is a Bond's Yield to Maturity?

Yield to maturity is the total return, including a gain or loss in the bond’s price, that you can expect if you buy the bond today and keep it until it matures.

Rather, it's a total return calculation.

Although the word “yield” is in the phrase “yield to maturity,” the figure also includes the future gain or loss in the bond’s value to bring it back to par.

Where Do Bondholders Rank in Case of Bankruptcy?

If a company goes out of business and liquidates, bondholders have the first claim on whatever cash becomes available in the bankruptcy.

Anyone who does not own securities but is owed money by the borrower becomes a general creditor. General creditors might include employees, contractors and suppliers. Stockholders are last in line.

Everyone else – including shareholders, bankers with delinquent loans to the business, and the company's suppliers – must get in line behind the bondholders.

What's the Minimum Order My Broker Will Sell Me?

It's a misconception that when you buy bonds from your broker, you must order in multiples of $1,000.

In fact, you can buy $25 “baby bond” units, and often those are better and more liquid than bonds with a face value of $1,000. The $25 units are simple to buy because they are listed just like stocks or ETF units.

When Do Low-Rated, High-Yield Bonds Do Well?

High-yield bonds, also known as junk bonds, can have a legitimate place in a fixed income portfolio.

That's especially true when the economy is so strong that even weak companies are profitable and paying their debts.

Junk bonds are often seen as more related to stocks than to other bonds, and they tend to do better when the economy is growing swiftly and stocks are rising.

What's the Deal with Munis?

Municipal bonds are often known as tax-exempt bonds, but that doesn't mean you always escape income tax on the interest.

Some municipalities issue both tax-free and taxable bonds because some buyers, such as pension funds and foreign investors, would benefit from the higher yield but do not get anything from a tax exemption.

This new-ish corporate bond fund is comanaged by familiar faces.
12 Bond Mutual Funds and ETFs to Buy for Protection 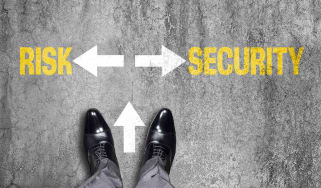 12 Bond Mutual Funds and ETFs to Buy for Protection

Bond mutual funds and ETFs have run up during this tumultuous year, but many can still shield investors from future volatility and stock losses.
91 Top Dividend Stocks From Around the World