The simple relationship between long- and short-term interest rates can tell you a lot about the bond market. 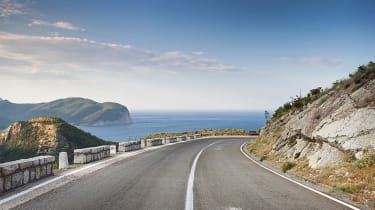 Investors should examine the yield curve for Treasury securities as part of their investment decision-making process.

Rates on bonds of different maturities behave independently of each other with short-term rates and long-term rates often moving in opposite directions. By comparing long- and short-term bond yields, the yield curve describes future trends in bond returns.

The curve is generally upward sloping — with the rates of one-year bonds a few percentage points below the rates of 30-year bonds — in times of economic growth. The upward slope reflects the added risk of keeping a bond for a longer period of time. The longer a bond's term, the greater the chance that its payments could decrease due to economic risks.

The yield curve may come in three additional shapes signaling a different turning point in the economy:

A steep curve can occur when the small percentage gap between the shortest maturity bonds (i.e. three-month T-bills) and the longest maturity bonds (i.e. 30-year Treasury bonds) widens because some economic force causes the short-term rates to drop more than long-term ones. A steep curve often forecasts a faster-growing economy because lower short-term rates make it easier for companies to borrow money to expand their operations.

An inverted curve occurs when short-term rates are greater than long-term rates, and is characteristic of investors' positive expectations of the economy. If investors believe that inflation and long-term rates will drop in the future, they would be eager to invest in long-term bonds now or "lock in" high yields while rates are low. Inverted curves may occur as the Fed raises short-term interest rates, and are always followed by economic slowdown. In fact, analysts have viewed inverted yield curves before each of the last five recessions in the U.S.

A humped curve occurs when long-term yields are the same as short-term yields. A common fear is that a humped curve signals the beginning of a recession because the yield curve must pass through this intermediate stage in order to become inverted. Although a humped curve does often signal slower economic growth, the primary force behind an inverted curve is investors' favorable expectations of the future. Other factors such as lower supply of long-term bonds may cause the hump to form.