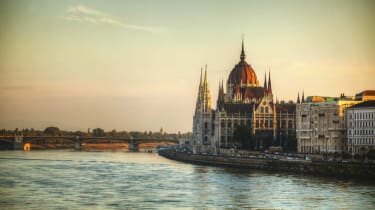 Out with the old, in with the new. In line with our policy, we are, with great regret, removing Dodge & Cox International Stock (symbol DODFX) from the Kiplinger 25, the list of our favorite no-load mutual funds. International Stock has been a stellar performer since joining the Kip 25 in May 2005. As its replacement, we have chosen FMI International (FMIJX).

Why do we like FMI International? Let’s start with the record. From 2011 through 2014, International’s first four full years of operation, it landed in the top 2% of its category twice and in the top 12% once. In the fourth year, it was in the middle of its group (funds that focus on large foreign firms with a blend of growth and value attributes). From International’s launch on Dec. 31, 2010 through Jan. 30, 2015, the fund returned an annualized 11.4%, beating the MSCI EAFE index by an average of 6.2 percentage points per year. And it did so with about 40% less volatility than the benchmark.

International’s nine managers, employees of Milwaukee-based Fiduciary Management, run two other standout funds: FMI Common Stock (FMIMX), which focuses on small and midsize U.S. companies, and FMI Large Cap (FMIHX). Both funds boast 10-year returns that rank among the top 4% of their peers (and both are closed to new investors).

FMI manages trim portfolios. International, for example, holds just 30 stocks. The ideal holding is a large, well-established firm that has a sustainable competitive advantage over its rivals and a business that can survive the ebbs and flows of the economic cycle. The final ingredient: A stock needs to trade for less than what the managers think a company is worth. But International isn’t a deep-value fund, says comanager Pat English, who is also FMI’s CEO and chief investment officer. “We want the businesses healthy, growing and sound.”

The process tends to eliminate certain sectors at any given time. These days, that would include utilities and energy and other commodity-related industries. “We’re not bottom-fishers,” says English. “That’s not our cup of tea.” Though energy stocks have taken a licking since last summer, English says the sector is not attractive long-term because it’s held hostage to the vagaries of oil prices.

The managers are also cool on health care, including biotech stocks, in part because the stocks have run up so much. Over the past year, they shed the fund’s two holdings in the sector: Ireland-based Covidien, after Medtronic (MDT) acquired it, and GlaxoSmithKline (GSK) after deciding that the British drugmaker “dropped the ball” on some of the products it was developing. The fund now holds no health care stocks.

Even with the short list of names in the portfolio, English says, the fund is plenty diversified. “We diversify by industry,” he says. Also, most of the holdings are multinational businesses—such as business-consulting firm Accenture and Genting Malaysia Berhad, an Asian hotel and gambling resort company—and that offers another level of diversification. “We own durable, all-weather vehicles,” says English.

International has at least two other pluses. First, six of its nine managers have invested at least six figures of their own money in the fund. “We eat our own cooking,” says English. Plus, expenses are reasonable, at 1% per year. That’s about 20% less than the average fees for diversified foreign-stock funds. The minimum initial investment is $2,500.