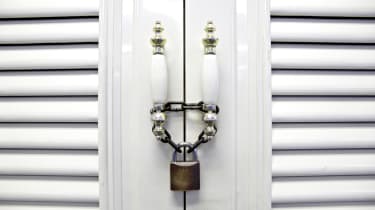 Darn it. Dodge & Cox International Stock (symbol DODFX), one of the longest-standing members of the Kiplinger 25, is no longer accepting money from new customers. If you’re an existing shareholder, this bit of news doesn’t matter; you can continue to buy more shares in the fund. In the meantime, we must now search for a worthy replacement for the Kip 25, the list of our favorite no-load funds.

It won’t be easy. From the time we added International Stock to the list in the May 2005 issue of Kiplinger’s Personal Finance through January 21, the fund generated an annualized return of 7.2%. That beat its benchmark, the MSCI EAFE index, by an average of 1.8 percentage points per year. And Dodge & Cox whipped the typical large-company foreign stock fund by an average of 2.2 points per year. Consistency has been a hallmark of the fund: It outpaced the EAFE index and most large-company foreign stock funds in seven of the past 11 calendar years.

Nine managers run International Stock. Their success lies in a process that zeroes in on firms with good balance sheets, attractive growth prospects and executives who act like owners. The final criterion: a bargain-priced stock. The process is clearly value-oriented, though fund rater Morningstar categorizes the fund as “foreign large blend,” meaning that its holdings have a blend of value and growth characteristics.

Dodge & Cox says the closure is designed to proactively tap the brakes on the fund’s growth. Assets have nearly doubled since 2011, to $64 billion, making International Stock the biggest fund in the Dodge & Cox line-up. The firm has five other funds, including Kip 25 member Dodge & Cox Stock (DODGX), that remain open to new investors. The closure contains a couple of small loopholes: An existing shareholder may give shares of the fund as a gift to a family member. And a current shareholder may open a new UGMA/UTMA account as long as he or she is the custodian.

If you like the investment approach of Dodge & Cox, and you don’t want to cool your heels waiting for our Kip 25 substitute, you might consider Dodge & Cox Global Stock (DODWX). Global Stock and International Stock have a fair amount of overlap. For example, Samsung Electronics and drug makers Novartis and Roche Holding are among the top 10 holdings of both funds. Three managers from International Stock are also on the Global Stock team (Roger Kuo, Charles Pohl and Diana Strandberg). Plus, Global Stock has a low, 0.65% expense ratio and just $5.9 billion in assets.

But as the names suggest, the two funds have different missions. International Stock focuses on foreign companies (though at last report it had 5% of its assets in U.S. issues). Global Stock, which invests in both foreign and U.S. stocks, recently had 56% of its assets in overseas names.

Meanwhile, we will be on the hunt for a foreign stock fund with which to replace International Stock in the Kip 25. Stay tuned.