With Oakmark International, Patience Pays Off

This Kiplinger 25 member has stumbled recently along with foreign stock markets at large, but the fund's strategy has delivered over the long term. 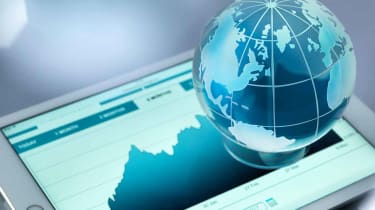 Foreign stock markets lost money over the past 12 months, despite a recent rebound. The MSCI All Country World index ex USA declined 7.2% over the one-year period through May 17. Oakmark International (OAKIX)—a member of the Kiplinger 25, the collection of our favorite no-load mutual funds—sank 16.8%, which ranks it behind 99% of all funds that invest in large, foreign companies.

But Oakmark’s longtime manager, David Herro, says most of the financial services and auto businesses he owns are solid. “Earnings increased last year,” he says. “These may be poorly performing stocks, but they’re not poorly performing businesses.” As share prices were falling, he and comanager Michael Manelli were buying. Herro, with the fund since it launched in 1992, also added to his personal stake in the fund of more than $1 million. “There’s nothing I know better than these businesses. And at year-end, they were attractively priced,” he says.

Herro and Manelli seek firms that generate cash and reinvest profits wisely. But they only buy if a stock sells at least 30% below their assessment of a firm’s intrinsic value—what a buyer would pay, per share, to acquire the business outright. As a stock nears its intrinsic value, they’ll trim their stake. When the stock hits its value, they sell the rest.

Oakmark has delivered over the long haul. The fund’s 10-year annualized return of 9.4% beats the benchmark and 96% of all funds that invest in large, foreign, bargain-priced companies. “Very few funds have been around as long as we have, with the same manager, the same investment philosophy and the same process,” says Herro. “And I’m not afraid to say it: We’ve outperformed most.”