8 Things to Know About Obamacare Open Enrollment This Year

Open enrollment to choose your Obamacare individual health insurance policy for 2017 runs from November 1, 2016, until January 31, 2017. Even if you already have a policy from the marketplace, it's a good idea to shop around for a better deal. 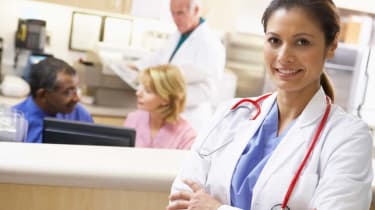 Question: I have an Obamacare health insurance policy that I bought from my state marketplace. I've heard that many insurers are leaving the business. Do I need to reapply for a policy during open enrollment this year?

Answer: No. But even though you'll automatically be reenrolled in your current policy, if it still exists, it's important to check out your options on your state marketplace, to compare coverage and costs. You also need to update your income information so you can get an accurate subsidy. Here's what you need to know this year if you buy your own health insurance:

1. Compare your options on your state marketplace. Go to Healthcare.gov for links to your state's marketplace, and compare the plans available in your area. Even if you've been happy with your plan, its premiums, deductibles, co-payments, out-of-pocket maximum, drug coverage and provider networks may be changing in 2017. Other plans may now be a better deal for you, especially if your health care needs have changed.

2. Take extra steps if your insurer is discontinuing your plan. Several large insurers are leaving the Obamacare marketplaces in 2017: Aetna, United Healthcare and Humana, for example, are leaving the marketplaces in several states but continue to do business in other states. You should have already received a notice from your insurer if it is leaving the business. In that case, your current plan will continue until December 31, but you must choose a new plan before December 15 or another one (generally of the same metal level) may be chosen for you.

People in five states (Alaska, Alabama, Oklahoma, South Carolina and Wyoming) will only have one health insurer to choose from, and another eight states will only have one insurer in the majority of their counties, according to Avalere Health, a health care consulting firm. Even if only one insurer remains, you may have several options based on the metal levels (bronze, silver, gold or platinum. See this resource at Healthcare.gov for an explanation of what each level covers). So go to your state marketplace and compare the premiums, coverage, out-of-pocket costs, drug coverage and provider networks for the plans in your area.

If your drugs are preferred in one plan but non-preferred in another plan, you could face very different out-of-pocket costs even if the premiums are similar. Your marketplace may include a tool to help you look up specific coverage for your drugs; otherwise, you may need to contact the plan directly for details. Also ask if there are any hurdles to getting your drugs covered, such as prior authorization or "step therapy." See 7 Ways to Save on Prescriptions for more information.

4. Make sure the doctors and hospitals you want to use are covered. Most Obamacare plans offer a limited network of doctors and hospitals, and some plans offered by the same insurer may have different networks (the lower-premium policies often have smaller networks). More state marketplaces are adding tools to let you look up provider networks, but you may need to contact the plans or your doctor directly for the information. Because some insurers offer several plans in an area, be sure to use the plan's specific name, not just the name of the insurer, when finding out whether your doctors are covered.

5. See if the plan is HSA-eligible. If you'd like to make contributions to a health savings account for 2017, note that eligible plans may not be clear on the marketplace lists; ask the insurer. Just because the deductible is at least $1,300 for single coverage or $2,600 for families (the minimum deductibles for eligible plans) doesn't automatically make the plan eligible; if some coverage other than preventive care (such as prescription drugs) is subject to a lower deductible, you may not be eligible to make HSA contributions. For more information, see FAQs About Health Savings Accounts.

6. Update your income information with the marketplace. You'll get a subsidy to help pay your premiums if your income is less than 400% of the federal poverty level, which is $47,520 for individuals, $64,080 for couples and $97,200 for a family of four. Even if your income remains the same as last year, your subsidy may be different if the cost of coverage in your area has changed. The size of the subsidy is based on the average benchmark premium in your area, which is the second-to-lowest-cost silver plan. If the premiums for that plan go up but your income remains the same, your subsidy will rise, too.

According to Avalere Health, the benchmark premiums nationwide will increase by 22%, on average. The range varies a lot by state, falling by 3% in Indiana and Massachusetts, for example, while rising by 116% in Arizona. You can find out about your specific credit at your state marketplace website, but the calculator at Healthcare.gov will give you a quick estimate for many states. Keep in mind that those benchmarks are just for the second-to-lowest-cost silver policy; your specific premiums will vary based on the insurer you choose and whether you buy a bronze, silver, gold or platinum policy. See Healthcare.gov's How to Estimate Your Expected Income for more information about the figures to use.

8. Don't wait until the last minute. Even though open enrollment continues until January 31, you generally have to sign up for coverage by December 15 for your plan to begin on January 1 (a few states have a slightly later deadline). If you sign up by January 15, your new coverage will begin on February 1. And if you wait until January 31, the last day of open enrollment, your new coverage will begin on March 1. If you don't sign up for coverage by January 31 and aren't automatically reenrolled in a policy, you'll have to wait until open enrollment next year to sign up for a policy (unless you qualify for a Special Enrollment Period; see this page from Healthcare.gov for more information). 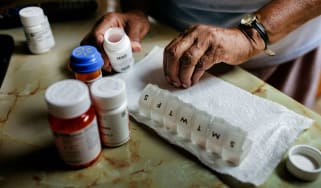