Equifax, Experian and TransUnion will also change how medical debts are handled as a result of a settlement. 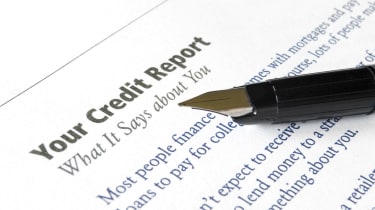 The three major credit bureaus – Equifax, Experian and TransUnion – will be making consumer-friendly changes to how they resolve disputes as well as how they handle the reporting of medical debts. Just don't expect the changes to take effect immediately. The new provisions, the result of a settlement agreement between the bureaus and New York Attorney General Eric Schneiderman, will be phased in nationwide over about three years, according to John Ulzheimer, president of consumer education at credit Web site CreditSesame.com.

According to a March 9 statement from the New York Attorney General’s office, Schneiderman launched the investigation of the credit bureaus after receiving complaints about how difficult it was for consumers to fix errors on credit reports. There were also complaints about medical debts being reported as delinquent on credit reports too quickly. Here are summaries of the main changes that will result from the settlement.

Changes to the dispute process

Currently, a consumer can alert the credit bureaus when there is an error on a credit report and submit documentation to dispute it and have it fixed. It’s important to fix errors on your credit report because they can hurt your creditworthiness. A 2012 study by the Federal Trade Commission found that one in four consumers had errors on their credit reports that might affect their credit scores and, in turn, lead them to pay more for loans. When consumers file disputes, though, the credit bureaus typically just pass along the information to the creditor via an automated process. If the creditor claims the disputed information is correct, the credit bureau “rejects the consumer’s dispute without conducting any further investigation,” according to the New York Attorney General’s statement.

Once the new procedures go into effect, the credit bureaus will have to play an active role in the dispute process, Ulzheimer says. The settlement requires the bureaus to train employees to review all documentation that consumers submit for disputes and investigate dispute claims if a creditor rejects them.

Another change: Currently, consumers can request one free credit report from each of the three credit bureaus annually through Annualcreditreport.com. As a result of the settlement, if an error is removed from a credit report following a dispute, then the consumer can claim another free credit report without waiting a year to verify that the mistake has been fixed, Ulzheimer says.

Changes to how medical debts are reported

In many cases, unpaid medical debts that show up on credit reports are the result of insurance delays or disputes, according to the New York Attorney General’s statement. To allow for more time for the insurance claims process to play out, new procedures will require the credit bureaus to wait 180 days from when a medical provider reports an account as delinquent before listing it on a consumer’s credit report. “For consumers who incur medical debt, the period of time they’ll have to get bills paid through their insurance company will go from almost nothing to at least six months,” Ulzheimer says. For some, the change to how medical debts are reported could result in a boost to their credit scores, he says. 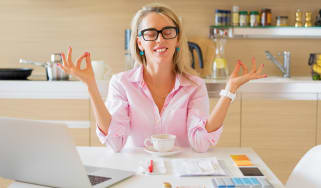 For anyone with debt to their name, right now could be a great time to take advantage of unique opportunities to either refinance, pay off or even dra…
High-Tech Aids for Aging in Place