Road to the White House: Deep Mud Ahead

After upbeat conventions, Romney and Obama will stick to attacks. 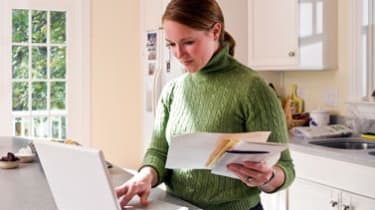 Don’t be fooled by the positive mood that prevailed at the Republican convention in Tampa, Fla., and will continue at the Democratic convention up next in Charlotte, N.C.

The route from here to Election Day will mostly follow the low road. Both campaigns will spend millions of dollars on television advertising, and super PACs will throw in millions more on behalf of either GOP challenger Mitt Romney or President Barack Obama. You can bet the farm that most of that money will be spent tearing down the other guy, not building up a particular candidate or his party.

Republican ads will ridicule Obama for his “you didn’t build that” remarks. They’ll claim his economic policies have failed most Americans. And they’ll suggest that four more years of an Obama presidency will put the country in a tailspin from which we might not recover.

Democratic ads will portray Romney and the GOP as being at war with women, the middle class and the poor, calling them protectors of millionaires but no one else.

And both sides will claim the other guys are out to ruin Medicare and endanger the well-being of older Americans.

Romney came into the Tampa convention needing to find a way to appeal to independent voters and to close the gender gap. (He polls much better among men than among women.) It’s not clear from here whether he succeeded on either count.

Many of the speeches were aimed directly at the GOP’s base -- conservatives and tea partyers who still seem somewhat wary of Romney as their standard-bearer heading into November. He needs to keep those folks fired up, for sure, but he cannot win this election by red meat alone. In fact, given the Democrats’ nationwide voter registration edge, no Republican can win a presidential race without help from independents.

Don’t be surprised if Romney pulls ahead in the early days of September. He and his surrogates did a good job explaining what makes him tick (one might ask what took them so long) and getting the focus back on an issue that can be a winner for Republicans: the sluggish economy.

If Romney can convince folks that Obama’s policies are responsible for economic woe, he can win this election. But it’s a huge if, because it’s not clear how Americans will answer if they ponder the question Romney borrowed from Ronald Reagan: Are you better off now than you were four years ago?

Remember that four years ago, in the final months of George W. Bush’s two terms in the Oval Office, the U.S. was mired in a deep recession. Banks were failing and the U.S. auto industry was heading down the same path. Today, many economic indicators still aren’t great, but the recession is over, consumer confidence is higher and many other numbers are stronger than they were then.

Obama gets his chance to influence the debate next Thursday, when he claims his party’s nomination, so Romney’s edge from his convention bounce is likely to be short-lived.

Let’s see where the race stands in mid-September, once the pomp of the tightly scripted, mostly upbeat conventions gives way to even more ads than we have to endure now. We’ll know then whether any of the oratorical monuments constructed during the conventions were made of enduring stone or built of sand that quickly washes away.

With reporting by Associate Editor Kenneth R. Bazinet in Tampa.