When Is an Independent Contractor Really an Employee? 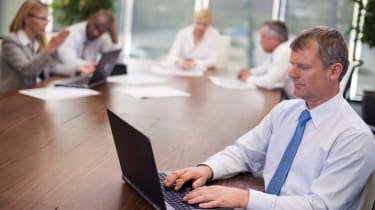 Q. My son works for a big tech company as a so-called independent contractor, but it seems to me that he’s really an employee in everything but title. He works only for that company, puts in very long hours and is closely supervised by company managers (albeit off-site). He doesn’t get employer-paid benefits, the firm expects him to pay self-employment taxes, and he won’t qualify for state unemployment relief if his contract isn’t renewed. This doesn’t seem right to me. What do you think?

A. It smells fishy to me, too. As you describe it, this relationship wouldn’t meet the IRS’s multipart test for legitimate independent-contractor status. Your son’s employer is running the risk that his job (and perhaps others at the firm) will be reclassified by the IRS as conventional employment, with penalties assessed for back employment taxes and perhaps overtime.

The federal government and class-action labor lawyers are getting aggressive on this issue. In a case that will probably end up before the Supreme Court, a federal appellate court in San Francisco recently ruled that FedEx drivers in California and Oregon, whom the company considers independent contractors, are really employees in virtually every way. And some drivers for the car-sharing services Uber and Lyft are also challenging their independent-contractor status.

The issue isn’t going away, as many businesses, especially tech start-ups, fudge on legal distinctions to keep their labor costs low and cap their official employee count under thresholds that trigger coverage requirements for various federal programs, such as family leave and health care.

There is much to recommend genuine independent contracting, both to employers and to the contractors themselves. Many workers value the freedom to set their own hours and place of work, serve several different clients, and deduct their own business expenses from their income.

But in my experience, companies that honor their workforce with attractive pay and benefits—plus the security and legal rights of genuine employment—are rewarded with good perform­ance and low turnover.