A rising tide may lift all boats, but a rising stock market always leaves some companies behind.

A rising tide may lift all boats, but a rising stock market always leaves some companies behind. That has certainly been the case over the past three years. During that period, Standard & Poor’s 500-stock index returned a sturdy 16.1% annualized. Over that span, though, 73 stocks in the index lost money, according to S&P Dow Jones Indices. Not surprisingly, many of the losers were involved in commodities, such as oil and gas, whose prices have tumbled over the past year and a half. Those stocks are certain to benefit if commodity prices rebound, but there’s no telling when that may happen.

But plenty of companies without any connection to commodities also saw their shares sink. These stocks, left to rot in Wall Street’s dustbin, could be the ideal place to look for tomorrow’s turnaround stories.

Value investors love beaten-down stocks because the shares can quickly post outsized gains once the world discovers that the companies have turned the corner. The key to success is making sure a company really can turn around and then acting before most of the rest of the world catches on to the recovery. The strategy requires patience, confidence and a well-diversified portfolio that can survive a few setbacks. “You have to have a strong stomach and be willing to go against the crowd,” says George Putnam III, editor of the Turnaround Letter. “If you wait until the recovery is established, everyone piles in and you only get a fraction of the potential profit.”

Not every company manages to right its ship, of course. But if you get your choices right more often than you get them wrong, the returns of the winners will more than make up for those of the losers, Putnam says. These eight laggards below look primed for a comeback.

Share prices and related data are as of October 26. Price-earnings ratios are based on estimated earnings over the next four quarters. Sales are for revenues over the previous 12 months.

The nation’s third-largest provider of landline phone service, CenturyLink (symbol CTL, $28.32) has posted disappointing earnings over the past few years, causing the stock price to sag.

But the company, which offers an array of telecommunications and entertainment services to businesses and consumers, has ambitious plans to expand into cloud storage and big data—sorting vast quantities of information to help companies better serve and sell to customers. Zacks Investment Research recently boosted the company’s rating to “strong buy,” anticipating that third-quarter earnings, due out November 4, will show signs of improvement.

Even if the report is just so-so, investors are being paid handsomely to wait for the turnaround. CenturyLink cut its dividend in 2013, but since then it has been buying back shares and reducing debt. Dividend payments now account for less than half of the company’s free cash flow (cash profits after the capital expenditures needed to maintain the business)—well within CenturyLink’s normal payout range.

Three years ago, fashionistas decided that this quality-handbag maker had gone from sophisticated to stodgy, and they abandoned Coach (COH, $30.32) for hipper brands such as Michael Kors (KORS) and Kate Spade (KATE).

That sent the stock, which once traded for as much as $80, into a tailspin. Now the tide appears to be turning. Kors is losing market share, and Coach handbags and accessories are winning positive reviews. Higher sales are sure to follow, say analysts at UBS Securities. They found that trendsetting millennials are increasingly buying Coach goods and that 71% of those surveyed now view Coach in a positive light, compared with 67% less than a year ago.

The plunge in energy prices has hit this engineering and construction company hard.

That’s not surprising because Fluor (FLR, $45.53) specializes in building the infrastructure needed to transport and store oil and gas, and energy producers are cutting back. Still, the company says that its project backlog is now slightly higher than it was at this time a year ago. Moreover, about 40% of Fluor’s business comes from government and industrial projects, and those deals—as well as some overseas oil and gas projects—continue to roll in. Fluor also has the wherewithal to wait out the energy slump, with $2.1 billion in cash and short-term investments in the till. If oil and gas prices rise, investors could hit a gusher with this stock. 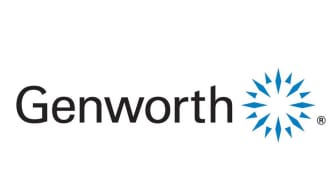 Like many financial concerns, Genworth (GNW, $4.88) took a body blow during the Great Recession.

The problem, says Raymond James analyst Steven Schwartz, is that many of these policies, aimed at providing coverage for nursing home and custodial care, were written decades ago. Those policies promise lifetime benefits in a world where average lifespans have lengthened and nursing care costs have soared.

Genworth, along with most of the long-term-care insurance industry, has revamped newly issued policies to put limits on how much money each beneficiary can claim. In the meantime, the company needs to hike rates on some of those old policyholders to stem the red ink. Assuming regulators allow those rate hikes, Schwartz says, the long-term-care business will stop dragging down Genworth’s earnings and give the company the ability to focus on its now-profitable mortgage insurance and life insurance businesses. Genworth isn’t out of the woods yet, but when the company returns to health, shareholders could reap rich rewards.

Few toymakers have more brand recognition than Mattel (MAT, $24.49), which makes American Girl and Fisher-Price products, as well as the iconic Barbie dolls.

The problem is that kids have become less engaged with Mattel’s toys over the past few years, and that has parents buying fewer Mattel products, says Stephanie Wissink, an analyst with Piper Jaffray.

Adding to Mattel’s woes, it lost key contracts to make Disney merchandise late last year. But losing that long-time customer may have been the slap needed to awaken this sleeping giant. In January, Mattel’s board of directors named turnaround expert Christopher Sinclair the company’s interim CEO, then made his appointment permanent in April.

Third-quarter results, released on October 15, were dismal, with sales off 11% and profits down 33% from the same period a year earlier. But the Turnaround Letter’s Putnam says the pieces are in place for a comeback: “Mattel has great brands and a new CEO. It is adapting some of its core brands to the brave new world [of technologically adept kids]. There is a good chance that it will be successful, and there is a lot of upside in the stock if it is.”

Ralph Lauren (RL, $113.61), the founder of this upscale apparel maker and retailer, recently announced that he would hand the job of CEO to Stefan Larsson, the former president of Old Navy.

Lauren will remain on the company’s board of directors as executive chairman and will continue to drive the brand’s creative process. Larsson has a proven track record of boosting profits, and UBS analyst Michael Binetti is hopeful that he’ll be able to slay some of the “sacred cows” that have hiked costs at Lauren in recent years. Binetti thinks the arrival of a new CEO provides a needed catalyst to lift the stock, which has sunk 39% since December. With $1.5 billion in cash and investments on the balance sheet, the company is in a good position to grow through acquisition, too.

Sales have been rising lately, but profits have been squeezed by higher fulfillment costs from the company’s growing online operation. In an apparent effort to combat those rising costs, Urban Outfitters recently asked a group of its salaried employees to volunteer their weekends for “team-building” packing and shipping excursions to the company’s new fulfillment center in Pennsylvania.

The excursion escapade generated a lot of bad press. But analysts Brian Tunick and Kate Fitzsimons, of RBC Capital Markets, thinks the stock is nearing a bottom and rate it “outperform.” They say they see multiple opportunities for the company to boost profits. Moreover, they say, at 14 times estimated year-ahead earnings, the stock is trading at far below its historical P/E.

The Las Vegas casino giant’s big wager on China has been a losing bet of late.

Wynn (WYNN, $66.41) is one of four major casino operators in Macau, a gaming Mecca located in the South China Sea. It is nearing completion of a $4.1 billion, 1,700-room resort in the nearby Cotai district. The Wynn Palace is on schedule to open next March, but China’s recent crackdown on gambling and corruption has cut VIP gambling—a highly profitable segment of the market—in half.

In a recent conference call, CEO Steve Wynn complained that near-term planning has become impossible. The reason: The Chinese government controls the number of gaming tables allowed in Macau, and it hasn’t given the company a clue as to how many tables it will approve for the new resort. “Our long-term view is still positive,” said Wynn. “It’s just the short-term view that’s bewildering.”

China aside, Wynn Resorts will soon break ground on a casino complex outside of Boston. The facility will improve the geographic diversity of Wynn’s operations and boost revenues and profits over the long term, says Chris Jones, managing director of Union Gaming Research in Las Vegas. Jones thinks the Chinese government is likely to loosen its control of the gambling industry, making Macau—and Wynn shares—a long-term jackpot. But until the government provides clearer guidance, the near-term outlook remains a bit of a crapshoot.