7 Great Companies You Could Buy If You Win Mega Millions

Most people have already mapped out their spending plans for a Mega Millions jackpot they’ll never actually win.

Most people have already mapped out their spending plans for a Mega Millions jackpot they’ll never actually win. Visions of big boats, sports cars and luxurious houses can become reality just by picking the right numbers. You never know; sooner or later, someone’s going to get lucky.

But for some seasoned investors and aspiring CEOs that also play the lottery, splurging on toys isn’t top of mind. The Mega Millions jackpot is estimated to be a record-breaking $1.6 billion for Tuesday’s drawing, so a sole winner could plausibly buy an entire company, or at least enough shares to instantly make the person the most influential insider. The pre-tax lump-sum figure of $904 million is a hefty chunk of change. Even after the massive tax hit, the remaining $490 million-$570 million would be enough to give an investor a controlling interest in a whole slew of smaller companies. (The rest of any acquisition could be financed.)

Here are seven publicly traded companies you could own/control if you’re lucky enough to win the jackpot all by yourself. We’re not talking about fly-by-night penny-stock outfits, either. If your dream is to own a business, there are plenty of legitimate, listed and profitable companies sporting small market values.

And if you don’t win, you could build your wealth the old-fashioned way: by owning these stocks.

Data is as of Oct. 17, 2018. This story has been updated to reflect larger Mega Millions jackpot.

Snicker all you want about the overwhelming size and impracticality of RVs, but know that Winnebago (WGO, $33.20) is snickering all the way to the bank.

This $1 billion company has turned $2 billion worth of revenue, collected over the past four quarters, into a profit of $102 million. The most recent year’s earnings were 39% better than the previous year. And next year’s bottom line should grow by 24%.

Looks like there still are plenty of people who want to hit the open road with all the amenities of home.

The company’s management team and workers are also doing a great job of steering Winnebago through a strong but tricky economy. CEO Michael Happe commented on the recently reported full-year results, “We have also elevated our level of competitiveness within the North American RV market as a stronger full-line (original equipment manufacturer), raising consolidated market share primarily on the strength of our sustained Towables segment growth. Both our Winnebago and Grand Design-branded Towables business have material momentum, with new products and superlative quality driving increased business with dealers and end customers.”

Any jackpot winner who decides to buy Winnebago should consider keeping Happe and his team onboard.

The idea of the so-called retail apocalypse is starting to shift into the rearview mirror, but retailing still will never be the same. Stores are competing with the internet, which can satisfy any shopping whim any consumer may have, usually within 24 hours.

But if one company could If resist the adverse impact of e-commerce on brick-and-mortar retailers, it’s Boot Barn. The retailer, consisting of more than 200 stores that cater to an underserved market, has connected quite well with its target customers that no other player noticed. As CEO Jim Conroy recently explained in an interview with Jim Cramer, “It’s a $20 billion market that’s been hiding in plain sight for decades.” Conroy went on to say that “85% of our sales are made at full price.”

However the company is described, it works. While analysts’ expectations for revenue growth include a modest 4% this year and 5% next, its past revenue growth has been pretty consistent – even when other retailers were unable to backpedal fast enough to remain upright.

Where Tilly’s would really shine and sparkle to a potential buyer is on the profit front. Earnings are expected to rocket ahead by 41% this year and another 17% in 2019 as the company hits its full stride in an economic environment that has hit its own full stride. Indeed, the youth unemployment rate is near multiyear lows, and hourly pay is as strong as it has been in years. Tilly’s target customers have more disposable income than they’ve had in recent history, and they’re not afraid to spend it.

And Nutrisystem is effectively plugged into that opportunity. Revenues should grow by nearly 9% next year, driving a 16% increase in per-share profits. In September, NTRI announced it had been named one of Fortune’s 100 fastest-growing companies – for a second year in a row.

D.A. Davidson analyst Linda Bolton Weiser thinks Nutrisystem could be doing more. She recently commented, “NTRI’s post-June new TV ads have a more contemporary look and are less cluttered, but they still feature Marie Osmond and emphasize vanity rather than wellness, for example, the 60-second spot that aired in August for the back-to-school sale featured a blond in a red dress standing next to a sports car.” She added that the company’s social media effort was notable but “just not driving sales.”

Still, Nutrisystem clearly is getting traction. Perhaps under new ownership, Nutrisystem could tweak its advertising and further improve on the $55 million worth of profits it has produced over the past four quarters.

Outdoor enthusiasts might consider buying American Outdoor Brands (AOBC, $14.57) should the Mega Millions windfall lands in their lap. The company not only is profitable, but its results are trending in the right direction.

You may be more familiar with AOBC than you realize. American Outdoor Brands is the conglomerate behind Smith & Wesson guns, Schrade knives, Lockdown gun-storage products, Crimson Trace gun sights and more. There’s some overlap in its products, but it’s better to be a one-stop source for consumers and retailers than not. Cross-selling opportunities from one of its brands to the next are tremendous.

Parts of the company admittedly face an uncertain future. Gun violence has reached epidemic proportions, and even shareholders are putting pressure on American Outdoor Brands to become part of the change-centric discussion. But it’s better for AOBC to be present than absent, as it can at least shape the next generation of gun-safety norms rather than have them shaped by someone else’s mandate. The stock’s weakness since 2015 stemming from those concerns is arguably overdone, making shares a bargain now.

It’s unlikely the bulk of the company’s Smith & Wesson or Thompson firearms are in serious jeopardy. In the meantime, the highly diversified company continues to make progress. 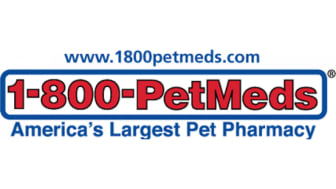 The market hasn’t believed in that for a while. PETS shares are worth nearly half what they were at their January high, recently touching new 52-week lows on news that Henry Schein (HSIC) was seeking to spin off its pet-care division to create a company that helps veterinarians serve as their own pharmacy more often. That’s a direct threat to PetMed’s business.

It remains to be seen, however, just how interested veterinarians are in dispensing drugs after PetMed Express has not only made the process efficient. Plus, PetMed In the meantime, know that PetMed sells so much more than medicine – it also carries vitamins, supplements for skin and coat, and even pet beds and other tools. 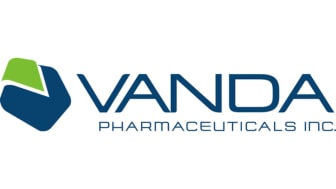 That said, Vanda Pharmaceuticals (VNDA, $22.73) may be the exception to the rule.

Vanda Pharamceuticals has posted a slim profit of 3 cents per share over the past four reported quarters, on sales of only two drugs – Hetlioz, which treats the Non-24 sleep disorder in blind people; and Fanapt, which treats schizophrenia. But the trajectory of both the top and bottom lines makes Vanda an interesting prospect. This year’s projected sales growth of 17% is expected to accelerate to 26% next year.

Vanda isn’t a two-trick pony, either. It has four Phase 3 trials underway – two of which are seeking additional uses of an already-approved drug – as well as a Phase 2 and Phase 1 trial. The company has enough potential in its portfolio and pipeline (even if every trial doesn’t work out) to keep sales and profits growing at a double-digit pace for the foreseeable future.

Oppenheimer analyst Esther Rajavelu wrote last month, “We believe Hetlioz (tasimelteon) uptake potential in the US remains underappreciated, specifically from sighted psychiatric patients with non-24 sleep-wake disorder (N24SWD), a cohort that could represent 47,000+ adult patients in the US. Importantly, our research among psychiatrists who are prescribing Hetlioz indicates ~50% of their prescriptions are for sighted patients, and that a majority plan to increase their prescriptions over the next 12 months.”