Some investors have given up on actively managed stock funds in recent years, instead turning to dirt-cheap index funds that passively track a benchmark. 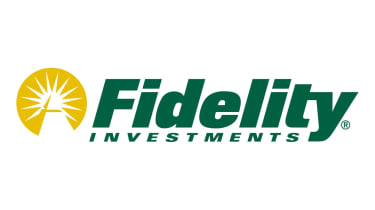 Some investors have given up on actively managed stock funds in recent years, instead turning to dirt-cheap index funds that passively track a benchmark. Index funds can get the job done. But the record of Fidelity's stock mutual funds makes a strong case that you should invest at least a portion of your money in some of its superior active funds.

Gun-slinging Fidelity managers including Peter Lynch dominated the investment world in the 1980s and 1990s. Those days are long gone, but Fidelity still employs dozens of first-class managers and analysts. Meanwhile, many expense ratios are relatively low compared to other actively managed funds. Yes, some of Fidelity's funds are mediocre — in my view, Fidelity simply has too many options. But many are superb. Managers such as Will Danoff, Joel Tillinghast and Steven Wymer have clobbered the market indexes for a decade or longer.

Here are five of the best Fidelity stock funds you can own right now.

Data is as of March 20, 2018. Yields represent the trailing 12-month yield, which is a standard measure for equity funds. Click on ticker-symbol links in each slide for current share prices and more.

Contrafund invests mainly in large, rapidly growing companies. Technology makes up 35% of assets. Top holdings include Facebook (FB), Amazon (AMZN), Alphabet (GOOGL) and Microsoft (MSFT). Manager Will Danoff is often one of the biggest holders of stocks he owns, giving him unrivaled access to senior executives.

He leavens his tech holdings with a nearly 19% stake in financial stocks, including a 5%-plus position in Warren Buffett’s Berkshire Hathaway A shares (BRK.A). Consequently, Contrafund is only about 5% more volatile than the S&P and has held up better than the benchmarks in most selloffs, including 2000-02 and 2007-09.

Fund analysts like me used to quiz Joel Tillinghast, the legendary manager of Fidelity Low-Priced Stock (FLPSX, $55.18). We’d ask him to talk about, say, the 901st or 902nd largest holding in his sprawling $38 billion fund. Without notes, Tillinghast always aced the quiz and spoke in great detail about the stock.

Not only does Tillinghast have an encyclopedic memory, but he’s a terrific investor too. Since 1989, the fund returned an annualized 13.8% — an average of 2.3 percentage points better than the Russell Mid Cap Value index to which it most closely correlates. Over the past three years, the fund beat the benchmark by an average of about 1 percentage point a year.

Tillinghast does especially well in lousy markets. The fund has been about 10% less volatile than the Russell index over the past three years.

The fund famously limits itself almost entirely to buying stocks trading for $35 or less per share — a restriction I’ve never understood, but clearly it works for Tillinghast. Most of his stocks are midcaps, but Tillinghast still owns a bunch of small-cap stocks, as well as few large-caps. He also currently has about 40% of the fund in foreign stocks.

Returns for the nearly five-year-old fund have been superb. It has outpointed the Russell 2000 index of small companies in every year but one, including 2018 so far.

By Fidelity standards, the fund is tiny with just $457 million in assets. Navaratnam likes to trade — turnover last year was 117%. Annual expenses are 1.11%. The fund is just about as volatile as the Russell 2000, but small stocks are typically volatile. The Russell is 40% more volatile than the S&P.

Jim Lowell, editor of the Fidelity Investor newsletter, sees this eclectic fund as a perfect antidote to the billions of dollars in “unthinking money flooding into” index funds. “When that tide turns, investors who are mistaking low cost for low risk will pay the heftiest price.” Funds like this one, he predicts, will shine.

Like so many Fidelity managers, Fidelity International Growth (FIGFX, $13.88) manager Jed Weiss focuses on large, growth companies — that is, companies whose earnings and sales are rising rapidly. He’s willing to buy those stocks even though they typically trade at relatively high multiples of earnings and revenue.

Weiss is patient. Once he buys a stock he holds it, on average, about four years. Biggest holdings include Swiss-based food giant Nestlé (NSRGY), Australian biopharmaceutical firm CSL and German software company SAP SE (SAP). Weiss casts a wide net. Indeed, 18% of the fund’s assets are currently in U.S. stocks – an usually big American stake for a foreign stock fund. Another 8% is in emerging markets.

Health care has long been my favorite sector. Lowell, the Fidelity Investor editor, shares my enthusiasm, and offers some data points to back up our case.

Over the next 30 years, world population is expected to grow about 25%. But the population of those 65 and older is predicted to surge 125%. Meanwhile, new treatments for diseases are being invented at a rapid pace. And demand for better medical treatment is growing in emerging markets, as well as developed countries.

The fund takes a broad approach. Biotechnology is about one-third of the fund. Medical equipment is 23% and pharmaceuticals are 15%.

The only big negative: volatility. The fund has been less volatile than the average health sector fund over the past three and five years. But it has been about 50% more volatile than the S&P over those stretches. So, own this fund in small doses.