Vanguard is best known for low-cost mutual funds, but its exchange-traded funds may be a better bet.

Vanguard is best known for low-cost mutual funds, but its exchange-traded funds may be a better bet. Vanguard’s 52 ETFs track the same benchmarks as its passively managed index mutual funds, and in some cases the ETFs charge lower annual fees. Vanguard’s Total Stock Market Fund ETF (symbol VTI), for example, boasts an annual expense ratio of 0.05%—meaning shareholders pay a nickel per year for each $100 invested, compared with 0.17% for the Investor share class of the mutual fund.

ETFs also provide more flexibility than funds. ETFs trade like stocks throughout the day, whereas mutual funds are priced once, at the end of the trading day. We don’t recommend frequent trading of ETFs for a number of reasons: additional costs, potential tax consequences and the better-than-50-50 odds that you won’t succeed. But dipping into an ETF can be opportune when the market stumbles, letting you take advantage of a temporary downturn.

We picked these nine funds, including six that are in the Kiplinger ETF 20, a list of our favorite ETFs, because they have super-low expenses, above-average trading volume and do a good job of tracking their benchmarks. Check them out.

Returns are through July 24; three-year and five-year returns are annualized; assets are for the ETF share classes only.

Tracking the CRSP U.S. Total Market index, the fund holds 3,814 stocks, capturing 98% of the market. Financial, technology and health care stocks account for almost half of its assets, and large companies dominate the roster, led by familiar names such as Apple (AAPL), ExxonMobil (XOM) and Microsoft (MSFT).

The fund has 9% of its assets in small-company stocks and microcaps, more than most broad-market ETFs. That slight tilt toward the little guys can hurt returns if small-capitalization stocks take a dive. But it has helped the ETF edge Standard & Poor’s 500-stock index by an average of 0.4 percentage point per year over the past decade, according to Morningstar.

Foreign companies make up half of the world’s stock market value, and Vanguard Total International Stock ETF (VXUS) contains almost all of them.

The fund holds about 5,900 foreign stocks, emphasizing developed markets such as Europe and Japan. Global giants such as Nestlé (NSRGY), Royal Dutch Shell (RDS.A) and Toyota (TM) populate its top-10 list. Yet the fund is well-diversified. Top holding Nestlé accounts for just 1.1% of assets. The fund keeps nearly 20% of its assets in emerging markets—countries with some of the world’s fastest-growing economies.

One word of caution: This fund doesn’t hedge against currency swings. If the dollar strengthens against foreign currencies, as it has done for much of the past year, investments in overseas currencies will translate into fewer greenbacks. That means this fund would earn less than a fund that hedges against currency fluctuations.

We like Vanguard FTSE Developed Markets ETF (VEA) for its exposure to developed foreign markets. It tracks an FTSE foreign-market index rather than the better-known MSCI EAFE bogey. But both indexes perform similarly, despite the fact that the FTSE developed-market index includes South Korea, and the EAFE benchmark does not (MSCI deems South Korea an emerging market).

We also prefer the Vanguard ETF over iShares Core MSCI EAFE (IEFA), the best fund for EAFE lovers, because VEA is bigger, with $28 billion in assets, and more widely traded. It also charges 0.03 percentage point per year less than the iShares ETF.

This low-cost ETF offers one of the best ways to tap the world’s fastest-growing economies.

Vanguard FTSE Emerging Markets (VWO) holds more than 1,000 stocks, mostly those of large companies, in 22 emerging countries. China (28% of assets), Taiwan (14%) and India (12%) are the top three. The index the fund tracks will incorporate China’s A-shares market, which was recently opened to foreigners, later this year. Although the ETF offers potential for high returns, it’s significantly more volatile than developed-market funds and could decline sharply in a short period of time.

Everyone likes a pay raise, and Vanguard Dividend Appreciation ETF (VIG) features stocks with a history of consistent dividend hikes.

But don’t equate rising payouts with high yields. This ETF, which tracks the Nasdaq US Dividend Achievers Select index, a basket of 181 U.S. stocks, pays only slightly more than the 2.1% yield of the S&P 500. Still, some studies suggest that dividend growth stocks beat high-yield stocks over long periods, partly because steady dividend growers tend to have stronger balance sheets, sales and profit growth. This ETF features such global stalwarts as Johnson & Johnson (JNJ), PepsiCo (PEP) and Wal-Mart Stores (WMT).

The index behind Vanguard High Dividend Yield (VYM) ranks all dividend-paying U.S. stocks by yield, then lops off the smaller half of the list as measured by market value.

This process recently left 435 stocks, which the index weights by market value. Financials carry the most weight, followed by consumer goods and technology companies. These sectors offer a bit more upside potential than traditional high-yield sectors such as utilities and telecom, which account for 12.2% of assets. Though the current yield is just 3.3%, the ETF should fare well if the economy continues to expand.

A quartet of heavyweights—Apple (AAPL), Microsoft (MSFT), Google (GOOGL) and Facebook (FB)—combine for more than one-third of the assets in Vanguard Information Technology (VGT).

That makes for a concentrated bet on these stocks, but it’s not unusual in a tech sector fund that’s weighted by market value. Overall, the ETF holds almost 400 stocks in all parts of the tech sector, including semiconductors, software and Internet companies. It also assigns 23% of its assets to small and midsize companies, helping to create balance between the tech giants and up-and-coming firms. 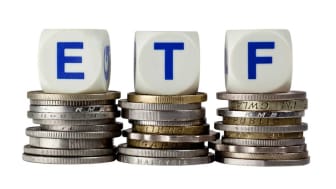 Small-cap stocks aren’t cheap; they now trade at about 20 times estimated earnings, well above the 10-year average of 16.3. But small caps, especially the cheaper ones, still have a few advantages.

Historically, small caps beat large caps, and the performance gap widens for the cheapest stocks, based on measures such as price-to-book value (assets minus liabilities). Vanguard Small-Cap Value ETF (VBR) tracks an index of 836 stocks, consisting of the cheapest half of the small-cap universe. The average price-earnings ratio of the ETF’s holdings is 16% less than the P/E of the Russell 2000 Index. And the ETF’s 1.8% dividend yield is 0.5 percentage point higher than the yield of the Russell 2000. Financial, industrial and consumer companies sensitive to swings in the economy account for half of the fund’s assets. The ETF’s tilt to those sectors should help it fare well in an expanding economy, says Morningstar analyst Alex Bryan.

Because this ETF sticks with short-term bonds, don’t expect much income from it. But Vanguard Short-Term Corporate Bond ETF (VCSH) owns a portfolio of more than 1,800 high-grade corporate bonds, and it should hold up relatively well if, as expected, interest rates rise modestly over the next year.

The fund’s duration, a measure of its interest-rate sensitivity, is about half that of the Barclays U.S. Aggregate Bond Index, a traditional bond market benchmark. If rates rise by more than a percentage point, the ETF’s total returns could turn negative. But the mutual fund on which the ETF is based hasn’t posted a losing year in the past decade, making the ETF suitable for a core long-term holding, says Jeffrey DeMaso, an adviser in Newton, Mass.