Biotech stocks typically are considered one of Wall Street’s more aggressive sources of growth. These companies spend years and gobs of money to create breakthrough biological treatments and diagnostic tools, and successful developments can literally change their fortunes – and the fortunes of shareholders – overnight.

The flipside? Many of these companies generate no revenues, and are reliant on just one or two products to change that. Thus, failure to receive FDA approval can put their very existence at risk, and any setbacks often result in swift, stark losses.

Typically, this risk scenario puts biotech stocks on the outs when the market is volatile and investors are looking to go on the defensive. But so far through the first months of a very shaky 2018 in which the markets are essentially flat, most biotech exchange-traded funds are actually beating the market soundly.

It makes sense. While Wall Street might be worried about a trade war with China or tensions in Syria, these biotech companies still are running clinical trials, and still generating interest from larger pharmaceutical companies that are looking to buy their way to more robust pipelines.

Biotech ETFs are a safer way to buy into the space than individual companies. By investing in a basket of dozens or even hundreds of these biotechnology stocks, you reduce the risk that a single-stock failure will torpedo your whole investment, while still participating in the broad upside that this industry has to offer. Here’s a closer look at eight funds that give you varying types of exposure to biotech.

Data is as of April 18. Click on ticker-symbol links in each slide for current share prices and more. 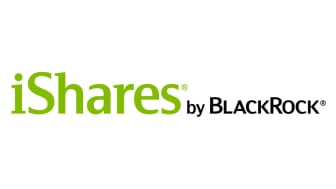 The IBB holds shares in more than 190 biotechnology and pharmaceutical companies, and it uses a modified market capitalization weighting system to determine how much it holds of each stock. Broadly speaking, though, IBB tends to hold higher percentages of larger companies, which consequently have more effect on the fund’s performance when they move.

The result is high-single-digit weights in the industry’s titans: Celgene (CELG), Gilead Sciences (GILD), Amgen (AMGN) and Biogen (BIIB), which all have market valuations in the tens if not hundreds of billions of dollars.

For investors, this means IBB largely is a bet on biotechnology’s largest, most diversified and best-capitalized companies. Because each of these large holdings have numerous revenue streams, their stocks may suffer a little from, say, a failed clinical trial, but they won’t collapse the way a smaller company with one or no marketable drugs will. 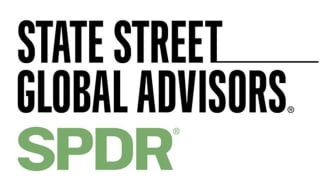 The other “big boy” in the biotech-ETF space is the SPDR S&P Biotech ETF (XBI, $90.74), but its strategy is nothing like its larger rival.

The XBI’s portfolio, while not as wide as IBB’s, still sports a robust 116 holdings at the moment. However, rather than a modified market cap weighting system, XBI utilizes a modified equal-weight system that lets smaller companies shine just as much as their larger brethren.

The SPDR S&P Biotech ETF’s weighting system essentially makes it so that the smallest companies it holds can have just as much effect as the largest ones. To wit, Celgene – a nearly $70 billion company, and IBB’s largest holding – is XBI’s 10th-largest holding at the moment. Its top weight, however, goes to AveXis (AVXS), a clinical-stage biotech stock whose AVXS-101 gene therapy treatment is in Phase III trials … and that hasn’t yet recorded a cent of revenue.

Granted, there’s not much of a difference in weights (hence the “equal”); Avexis is only 2.3% of the fund’s portfolio, while Celgene is 1.5%. But even then, smaller biotechs still have a much greater impact on XBI’s performance than they do IBB’s. That means the XBI benefits far more from the explosive gains you can get from smaller biotechnology companies when they enjoy clinical-trial success or are bought out by larger pharmaceutical companies.

The Virtus LifeSci Biotech Products ETF (BBP, $42.02) is one of several biotechnology ETFs that try to outperform the more established funds in the space via more acute strategies.

BBP tracks the LifeSci Biotechnology Products Index, which consists of biotech stocks that have at least one drug therapy approved by the FDA for marketing and sales. In other words, this is going to skew toward larger biotechnology companies that are all capable of generating revenue, and less likely to live and die by a single trial result.

The ETF is equally weighted across the portfolio at every rebalancing, so there’s still an element of smaller, more potential-packed companies being able to drive BBP’s gains. At the moment, top holdings include the likes of $3 billion gene-therapy developer Spark Therapeutics (ONCE); $15 billion Nektar Therapeutics (NKTR), which features treatments for hemophilia and opioid-induced constipation; and Momenta Pharmaceuticals (MNTA), which boasts products targeting multiple sclerosis and deep vein thrombosis.

Still, this is certainly the “safer” of Virtus’ two sister ETFs. Next, a look at the flashier one.

The Virtus LifeSci Biotech Clinical Trials ETF (BBC, $32.48), as the name implies, invests in biotech stocks whose lead drug is still in clinical trials – Phase I, II or III – thus not yet approved by the FDA, thus not yet being sold, and thus not yet generating revenues.

If that sounds risky … that’s probably because it is. While the diversified portfolio of about 80 stocks gives it a better chance of landing a few eventual FDA-approval winners, understand that the odds aren’t in these companies’ favor. A Biotechnology Innovation Organization report studying 7,000 drug development programs between 2006 and 2015 discovered that these clinical-stage drugs had a 9.6% success rate – so essentially one out of every 10.

The chances are a little better considering that some of the companies in this ETF are already in later-stage trials, and so they’ve already cleared some of the hurdles that weed out flawed treatments. But this certainly is a more aggressive strategy than investing in companies that already have at least one product out to market.

But with enough trial progress, BBC’s equally weighted holdings can soar. The BBC has returned 50% over the past year, versus the BBP’s market-matching gains of roughly 15%.

Top holdings include the aforementioned AveXis, as well as T-cell immunotherapy firm Atara Biotherapeutics (ATRA), and Geron (GERN), which is testing its telomerase inhibitor Imetelstat to treat myelofibrosis and myelodysplastic syndromes.

The ALPS Medical Breakthroughs ETF (SBIO, $35.41) is somewhat akin to the Virtus LifeSci Biotech Clinical Trials ETF in that it homes in on “future stars” to fuel its gains. However, SBIO features a set of selection criteria that attempts to weed out weaker hands that are less likely to survive.

The four prongs of SBIO’s approach:

The idea here is that while trial-stage companies offer outsize potential for big pops on positive FDA news or buyouts, SBIO can improve its chances by investing in companies that are further along in the testing process and that aren’t a few months away from going broke.

The ALPS Medical Breakthroughs ETF invests in 90 stocks using a modified market-cap weighting approach that maxes out any stock at 4.5% of the portfolio at each rebalancing. So while this favors larger eligible companies such as top holdings BeiGene (BGNE) and Sarepta Therapeutics (SRPT), it also ensures most of its constituents have a chance to be heard. 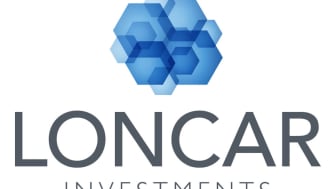 While some biotech ETFs are differentiated by their focus on the product pipeline or company size, the Loncar Cancer Immunotherapy ETF (CNCR, $27.30) stands out because it singles out one type of disease: cancer.

The investment case is fairly straightforward. Immunotherapy is changing the way cancer is being treated, and that’s creating a very real market for these products. The IMS Institute 2016 Cancer Dynamics report shows global spending on cancer treatments is expected to explode from $107 billion in 2015 to $178 billion by 2020.

But Loncar’s focus makes this a necessarily concentrated portfolio. CNCR holds just 30 stocks, and it’s a somewhat unbalanced portfolio to boot. Atara Biotherapeutics makes up a full 8% of the fund. Iovance Biotherapeutics (IOVA) and BeiGene each make up another 5% or more apiece. Remember: Atara and BeiGene are clinical-stage stocks, which means approvals can send their stocks to the moon – but failures could crumple them. Either way, they’ll have an outsize effect on this ETF’s performance.

Artificial intelligence is taking over the world, and Wall Street is no exception.

BlackRock (BLK) in March rolled out a suite of actively managed industry and sector ETFs called “iShares Evolved,” but rather than a traditional human manager, these funds essentially will be operated by robots. The goal here is for these robots to use language processing and machine learning to think outside the box when it comes to determining what belongs where.

As it stands right now, systems such as the Global Industry Classification Standard (GICS) sort companies into sectors and industries. But sometimes, there’s not necessarily a clean fit – a company might make just as much sense in one sector as another. The example iShares provides is Amazon (AMZN), which GICS classifies as “consumer discretionary” because it’s primarily a retailer – however, the core of its business is based in computer technology, not to mention its growing cloud business is clearly a tech arm. Thus, in iShares’ evolved-sector approach, Amazon is actually classified as both a technology company and consumer discretionary company.

The iShares Evolved U.S. Innovative Healthcare ETF (IEIH, $24.00) is the healthcare representation of this system, and a quick look at its roughly 120 holdings doesn’t turn up many radical new interpretations of “healthcare” – the portfolio is essentially pharmaceuticals and biotechnology stocks such as Johnson & Johnson (JNJ), Pfizer (PFE), Celgene and Amgen.

What is notable is that if you compare IEIH to the iShares U.S. Healthcare ETF (IYH), you’ll notice a few gaping holes, including the lack of health insurers such as UnitedHealth Group (UNH) and medical-device makers such as Medtronic (MDT). And there are a couple of eyebrow-raisers, including Universal Display (OLED) – an OLED display maker whose technologies typically are used in smartphones and TVs … but also makes monitors used in medical facilities. 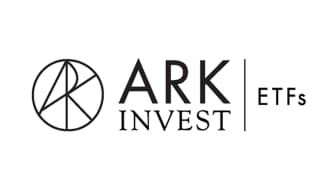 The ARK Genomic Revolution Multi-Sector ETF (ARKG, $27.14) is an actively managed ETF whose holdings are very much biotechnology in nature, though the focus of the fund is a bit different than the other entries on this list.

Per ARK Funds, “Companies within ARKG are focused on and are expected to substantially benefit from extending and enhancing the quality of human and other life by incorporating technological and scientific developments, improvements and advancements in genomics into their business.” In short, ARKG is about gene sequencing – and thus its portfolio (which typically spans 30 to 50 companies) is heavily invested in biotechnology stocks, as well as a few other industries such as medical devices and even chipmakers.

However, like with IEIH, there are a few stocks that fall far away from the traditional boundaries of healthcare. For instance, ARKG also holds Apple (AAPL), which is increasingly delving into medical accessories and software; and it also owns chipmaker Nvidia (NVDA), whose technologies are used in medical research and imaging.

Kyle Woodley was long XBI as of this writing.

Check out our earnings calendar for the upcoming week, as well as our previews of the more noteworthy reports.
Stock Market Today 10/16/20: Cheerful Consumer Data Gives Stocks a Small Bump