About two-thirds of recent graduates borrowed to help pay for their college education.

About two-thirds of recent graduates borrowed to help pay for their college education. Graduates of private schools walked away with an average of $28,100 in student debt, according to The College Board.

These nine colleges and universities, which include some of the top institutions in the world, provided enough financial aid to get their students across the finish line for half that amount or less; several kept average debt below $6,000.

See our list of the top nine private universities and colleges with the lowest student graduating debt.

Princeton’s no-loan financial aid policy, introduced a decade ago, means that less than one-fourth of students need to borrow, and the amount they do borrow is small. Princeton’s average debt at graduation, at a little over $5,000, is the lowest among our top 200 private colleges.

Plenty of colleges talk about keeping costs, and student debt, down, but Berea walks the walk: This Christian-focused institution covers the full $25,500 tuition for all students, out of a combination of grants, scholarships and work-study, leaving them to cover only $7,394 in remaining costs (including room and board). It’s no surprise that average debt here is second-lowest on our list. 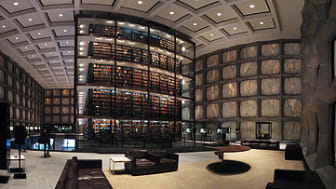 With an average financial-aid package of about $40,000 a year, Williams brings the annual cost of its elite education to a relatively modest $15,360 for students who qualify. Williams admits students without considering their financial circumstances and meets the full demonstrated need of students who enroll.

An Ivy League school with a walloping endowment and a financial-aid budget of $117 million, Yale offers no-loan financial aid to more than half its students, including families earning well over $100,000. Result: Students who borrow carry away one-third less debt than the national average for borrowers at private schools.

Kiplinger's top-ranked liberal arts college for best overall value, Pomona offers a no-loan financial aid policy that helps make it affordable for students who qualify for need-based aid. Its strong four-year graduation rate -- one of the highest among our top 200 colleges -- keeps costs under control for every family.

This small, elite school in Pasadena keeps debt to a minimum with its generous need-based aid, which reduces the annual cost for students who qualify to less than $20,000, on average. Its sticker price is the third-lowest among our top 25 universities.

One of the few women’s colleges among our top 200 list, Wellesley accepts students without considering their financial circumstances and meets the full financial need of those who qualify. All but 5% of its financial aid comes in the form of grants.