The universities on our top-100 list include both the most prestigious research institutions in the world and lesser-known, regional institutions. 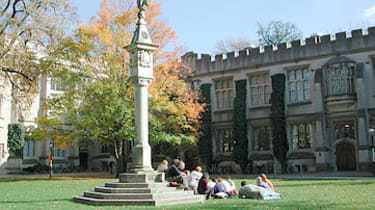 The universities on our top-100 list include both the most prestigious research institutions in the world and lesser-known, regional institutions.

But all offer the range of majors and degrees that typify the university model, and all deliver the quality and affordability that represent our definition of value.

Of the top ten schools in our rankings, seven offer enough financial aid to bring the annual total cost to less than $20,000.

The top 10 schools you\'ll see featured in this slide show are the best of the best. 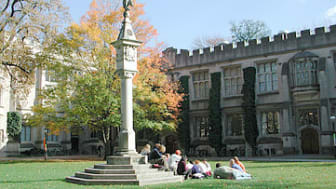 This Ivy League institution posts one of the best four-year graduation rates among the schools on our universities list, and its no-loan financial-aid policy, the first in the country, allows students to leave Princeton with little or no debt. Princeton\'s total cost makes it the least expensive member of the Ivy League. 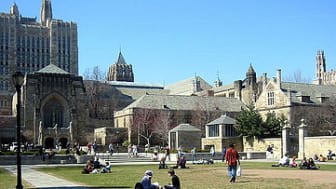 With an endowment of $19.4 billion, Yale can afford to be generous with its financial aid: Students who qualify receive an average financial-aid package of almost $40,000 a year. Applicants to Yale confront fierce competition; only 8% are admitted. Virtually all of Yale’s freshmen return for sophomore year.

The smallest of our top 50 universities, Caltech also has the lowest student-faculty ratio, a remarkable three to one. Not surprisingly for this elite tech school, 99% of incoming freshmen score 700 or higher on the math portion of the SAT. Caltech has a long-standing policy of keeping student debt to a minimum by offering generous student aid.

Strong on quality, this university also shines on cost. Rice posts the lowest sticker price of our top 25 universities and, unlike most elite institutions, gives significant merit aid in addition to need-based aid. Rice kicked off its year-long centennial celebration in October 2011 and promises plenty of hoopla at the culminating festivities in October 2012. 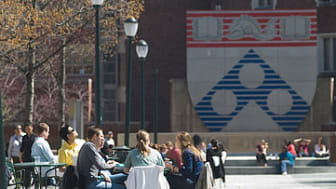 Founded in 1740 and a member of the Ivy League, U-Penn offers outstanding academics and the best of both worlds: a 279-acre campus complete with greenswards and gardens in the urban setting of Philadelphia. This university posts one of the highest yields (the percentage of accepted students who enroll) on our universities list. All but 1% of freshmen return for sophomore year.

Home to one of the top men\'s basketball programs, Duke also boasts strong academics, an eight-to-one student-faculty ratio and generous financial aid, including merit scholarships. Its Durham, N.C., location puts it in the heart of Research Triangle, known for its high-tech companies and major research universities, including the University of North Carolina at Chapel Hill.

Founded in 1754 as King\'s College, this Ivy League institution changed its name to Columbia after the Revolutionary War. Its highly competitive admission rate -- 10% -- results in a freshman class of high achievers: Among incoming freshmen, 69% score 700 or higher on the verbal part of the SAT, and 73% score 700 or higher on the math portion. Originally located on lower Broadway in Manhattan, Columbia is now located in the Morningside Heights neighborhood.

Fresh off a six-month celebration of its 150th anniversary, MIT continues to claim its role as a world-class institution of science and technology. Not surprisingly, 93% of its incoming freshmen score 700 or higher on the math part of the SAT. MIT gives need-based aid to two-thirds of its students, and it meets 100% of their financial need.

As selective as Harvard in the percentage of applicants admitted (only 7%), this West Coast powerhouse awards need-based financial aid to more than half its students, at an average amount of almost $39,000. Stanford\'s beautiful campus, about 40 miles from San Francisco, was designed by the renowned landscape architect Frederick Law Olmsted.

If you have a college-bound student at home, don't procrastinate on securing financial aid for the 2021-22 school year.
Back in School Decades Later

CollegeFinance.com's Kevin Walker joins our Your Money's Worth podcast to discuss how the global health pandemic is impacting the way families plan a…