Liberal arts colleges typically have smaller enrollments than universities and focus on undergraduate education, with an emphasis on teaching rather than research.

Liberal arts colleges typically have smaller enrollments than universities and focus on undergraduate education, with an emphasis on teaching rather than research.

This year’s top 100 liberal arts colleges excel at that format, providing the academic support that encourages learning and allows students to graduate on time.

They also make their education affordable by offsetting tuition hikes with generous need-based financial aid and, at many schools, offering merit scholarships to students who don’t qualify for need.

The top 10 schools you\'ll see featured in this slide show are the best of the best.

This West Coast school, established on the New England model, draws students for its top academics, generous financial aid and idyllic setting -- near the Mojave Desert and the San Gabriel Mountains. Pomona\'s 15% admission rate (the percentage of applicants who are admitted) is the lowest on our liberal arts list, and the student-faculty ratio is an impressive seven to one.

Named for George Washington and Robert E. Lee, W&L continues its climb up our rankings thanks to the high test scores of incoming freshmen, a low percentage of students who borrow and the best four-year graduation rate on our liberal arts list. George Washington gave this school its first major gift, $20,000 worth of stock; the endowment hovers around $1 billion.

Founded by Quakers, this small school admits only 16% of its applicants, making it one of the most competitive liberal arts colleges on our list. Its billion-dollar-plus endowment allows it to meet 100% of need for students who qualify, reducing the average cost of attendance to less than $20,000.

A New England school that competes with the Ivies, Williams consistently ranks in our top five for its stellar academics -- including a low student-faculty ratio, strong freshman retention rate and outstanding graduation rates. Students who borrow at Williams graduate with an average debt of less than $8,400, the lowest among our top 50 liberal arts colleges. 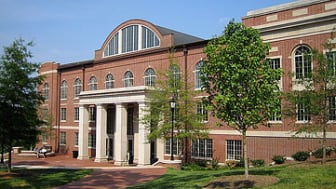 Davidson\'s no-loan financial-aid policy keeps the percentage of students who borrow to a relatively low 32%. Unlike many other top schools, Davidson also awards non-need-based aid, with an average award of $18,503. Davidson prides itself on its honor code, which allows students to schedule their own exams and take them unsupervised.

Founded as a school for the children of colonial settlers and Oneida Indians, Hamilton celebrates its 200th anniversary in 2012. This competitive school accepts less than one-third of applicants; 95% of its freshmen return for sophomore year. Hamilton offers generous need-based aid as well as large merit scholarships to a few students. 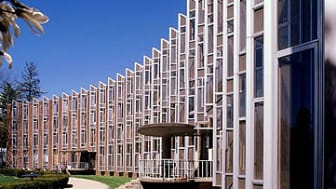 Vassar\'s high test scores, low student-faculty ratio and stellar four-year graduation rate makes it one of the academically strongest of our top-ranked schools. Vassar offers need-based aid to almost two-thirds of its students and gets student borrowers across the finish line with less than $20,000 in average debt.

One of the few women-only colleges on our list and the only one among our top ten, Wellesley\'s yield (the number of admitted students who enroll) is among the highest of our liberal arts colleges. This elite school provides need-based financial aid to 60% of its students and meets the full need of those who qualify.

Bowdoin\'s low admission rate and high yield demonstrate its competitive strength. Its four-year graduation rate is among the best on both the liberal arts college and private university lists. One of the country\'s oldest liberal arts colleges, Bowdoin claims an eclectic roster of alums, from Nathaniel Hawthorne (The Scarlet Letter) to Alfred Kinsey (The Kinsey Reports).

This school excels on competitiveness measures, including admission rate, yield and the test scores of incoming freshmen. Amherst is a member of the Five Colleges consortium, which also includes Smith, Mount Holyoke and Hampshire colleges and UMass Amherst. Students can attend classes at all five institutions.

If you have a college-bound student at home, don't procrastinate on securing financial aid for the 2021-22 school year.
Back in School Decades Later

CollegeFinance.com's Kevin Walker joins our Your Money's Worth podcast to discuss how the global health pandemic is impacting the way families plan a…