As your life changes, so does the set of tax rules that affect you. 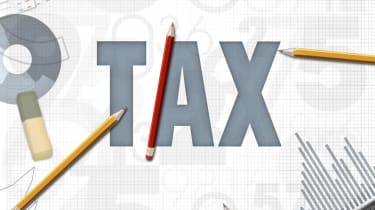 Benjamin Franklin was ruminating on the future of our fledgling democracy — not griping about the IRS — when he wrote the oft-quoted phrase that nothing is certain except death and taxes. As wise as he was, though, there's no way Franklin could have foreseen how thoroughly, as well as certainly, the federal income tax would affect future generations of citizens.

The voluminous Internal Revenue Code now reaches into nearly every nook and cranny of our lives, from cradle to grave. A newborn brings tax breaks to his or her parents; death brings a series of tax repercussions; and the IRS has something to say about almost everything in between. The tax bill you owe each spring is based on the working, saving, investing, spending, business and other personal decisions you make during the year.

As your life changes, so does the set of tax rules that affect you. That's why this compendium of life events is so important — to alert you to new opportunities to embrace and pitfalls to avoid as your life as a taxpayer evolves.

The fact that federal income taxes are among most families' biggest annual expenditures hammers home the importance of tax planning. Shake off any notion that this is a game for the wealthy. Instead, draw your inspiration for this comment from a high-priced tax attorney: "The best and finest tax planning is done by people who have more money than they'll ever spend or be able to give away. The worst tax planning is done by nice middle-class people who have middle-class virtues, those who have to work hard and save and sacrifice." Tax planning will save you money.

Choose the life stage that pertains to you and so you can start making tax-saving moves that will pay off:

On November 3, voters in 17 states weighed in on a variety of proposed changes impacting taxes on everything from property to pot.
11 Year-End Moves to Lower Your 2020 Tax Bill