A Good Year to Give Appreciated Stock 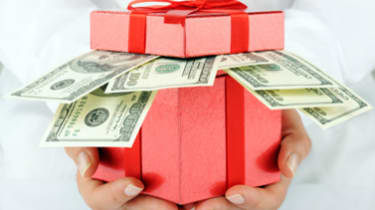 It's standard year-end advice. When making charitable gifts, consider donating appreciated securities instead of cash. But this year, investors should pay special heed to this tax-saving maneuver.

Among the reasons for investors to consider such gift giving before the year ends: Because stocks have posted strong returns this year, many older investors may be looking to trim these holdings anyway—and they may not have many losing investments that they can sell to offset the taxable gains. What's more, upper-income investors this year are facing higher income and capital-gains tax rates as well as an additional surtax on unearned income.

This year's higher tax rates make charitable gifts of appreciated securities "more valuable from a tax perspective," says William Zatorski, partner at PricewaterhouseCoopers. By donating appreciated securities instead of cash, you not only get the income-tax deduction that you would receive when writing a check to charity, but you also avoid paying tax on your capital gains. But recent tax-law changes have added new wrinkles for investors looking to slash their tax bill and support charity—including a limit on itemized deductions for higher-income taxpayers.

Look for Winners in Your Portfolio

When sifting through your taxable accounts for potential gifts, focus on winning investments that you've held for more than one year. If you donate stock held one year or less, you can only deduct your "cost basis" (the original cost), not the current value. And rather than donating losing holdings, you're better off selling those investments, donating the proceeds and using the capital loss to offset gains elsewhere in your portfolio.

As you review your winners, look for asset classes where you're overweighted and need to trim back anyway. Also, if you've bought those holdings in bits and pieces over the years, "identify the lot that has the lowest basis," says Tracy Green, financial-planning specialist at Wells Fargo Advisors. Donating those shares can save you the greatest amount of capital-gains tax.

Higher-income taxpayers shouldn't let the new limitation on itemized deductions discourage them from donating appreciated securities. The provision reduces total allowable itemized deductions by 3% of the amount by which a couple's AGI exceeds the $300,000 threshold. But even for taxpayers above that threshold, "in a lot of cases it will have very little impact to no impact" on the value of charitable deductions, says Alisa Shin, senior wealth planner at Vanguard.

Say, instead, that the couple's only itemized deduction was a $50,000 charitable gift. Because of the new limitations, they would be allowed to write off only $47,000 for the donation.

As you scramble to beat the July 15 tax return filing deadline, here are some pointers to bring your stress level down.
When Are 2020 Estimated Tax Payments Due?

If you're self-employed or don't have taxes withheld from other sources of taxable income, it's up to you to periodically pay the IRS by making estima…
91 Top Dividend Stocks From Around the World