If you’re a taxpayer in one of the two lowest income-tax brackets, remember that you can cash in capital gains tax-free.

If you’re a taxpayer in one of the two lowest income-tax brackets, remember that you can cash in capital gains tax-free. The 0% rate applies to long-term capital gains, as well as qualified dividends, scored before year-end by taxpayers in the 10% and 15% federal tax brackets. Likely candidates include unemployed workers, who may need to tap investments for income, and retirees, who may be in a low tax bracket thanks to an additional standard deduction for those 65 and older and Social Security income that is partially tax-free. Learn more: Tax-Free Capital Gains.

The Return of the Required Distribution

If you are at least 70½ years old, you must take a taxable distribution from your traditional IRA or employer-provided retirement plan by the end of the year or face a stiff penalty equal to half of the amount you failed to withdraw. Congress waived the minimum-distribution requirements for 2009 to allow retirees’ account balances to recover from earlier stock-market losses.

But this year, it’s back to business as usual. Learn More: Mandatory IRA Distributions Are Back.

Play by the Rules of Charitable Giving

Always dependent on the kindness of strangers, charities are particularly hard hit in today’s tough economy because many donors are tightening their belts.

If you are able to open your heart and wallet this year, be sure you make the most of your gift by getting a receipt for every donation. And remember, to claim a charitable contribution on your 2010 tax return, you must itemize your deductions, and you must make your contributions by December 31. If you pledged $500 in September but paid the charity only $200 by December 31, for example, your 2010 deduction would be $200. Learn more: Tax Breaks for the Generous.

Give Securities Not Cash

’Tis the season to share your bounty with the less fortunate or to support your favorite cause. If you’re in a charitable mood, consider donating appreciated securities -- stocks or mutual funds -- instead of cash. When you give $1,000 in cash, you get to deduct $1,000, and that saves you $250 in the 25% bracket. (Any state-income-tax savings are gravy.)

But let's say you have $1,000 worth of mutual fund shares that you bought more than a year ago for $500. If you sell the shares, you'll owe $75 in tax on the profit, even at the preferential 15% capital-gains rate. But if you donate the shares, the charity gets the full $1,000 (it doesn't have to pay tax on the profit when it sells), you avoid the $75 tax bill, and you still get to deduct the full grand. It's a win-win-win situation. Learn more: Charities: Give Stocks Instead.

With the future of the estate tax in flux, now’s the time to take full advantage of your annual gift-tax exclusion -- because once the year is over, your 2010 exclusion is gone forever.

You don't get an income-tax deduction for such gifts, but there's an important advantage: Assets given away during your life -- and any future appreciation -- won't be included in your estate to be taxed after you die. And while there is no estate tax in effect for 2010 -- Congress allowed it to lapse for one year -- it will come back in 2011.

The estate-tax exemption is scheduled to revert to $1 million next year -- the lowest level in a decade -- and the maximum estate-tax rate will rise to 55%. But that is unlikely to happen. President Obama and congressional Republicans negotiated a deal earlier in the week that would extend the Bush tax cuts for all Americans. Plus, it would raise the estate-tax exemption to $5 million and reduce the estate-tax rate to 35%. House Democrats, who were excluded from the negotiations, aren’t happy -- particularly about the estate-tax provision. The issue will eventually get resolved, but until lawmakers act, the $1-million exclusion level stands -- making it increasingly important for upper-income Americans to take advantage of gifting strategies to reduce their taxable estates.

Learn more: The Gift Tax: Use It or Lose It. 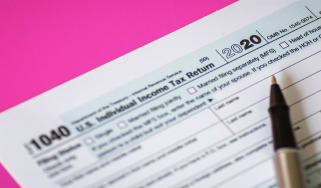