How Your Social Security Benefits Are Taxed

Uncle Sam may take a bite on up to 85% of your benefits. 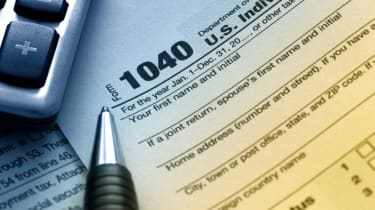 Social Security benefits aren't exempt from taxes. If you have income from a job (even if you aren't hit by the earnings test), investments or other sources, such as withdrawals from retirement savings plans, you could owe federal income taxes on up to 85% of your benefits.

Depending on where you live, state taxes could also eat into your benefits. Some 36 states exclude benefits from taxes (or have no income tax), but five -- Minnesota, North Dakota, Rhode Island, Vermont and West Virginia -- tax up to 85% of Social Security benefits. Colorado, Connecticut, Kansas, Missouri, Montana, Nebraska, New Mexico and Utah also tax a portion of Social Security benefits but provide exemptions based on income or age.

There are steps you can take to reduce or eliminate taxes on your benefits. One is to convert some or all of your traditional IRA to a Roth. While withdrawals from a traditional IRA or 401(k) are counted in your provisional income, withdrawals from a Roth IRA aren't included in the calculation. Converting a traditional IRA to a Roth could trigger higher taxes on your benefits in the year of the conversion, because the amount converted is included in your income. Once you've converted, though, you can withdraw as much as you want from your Roth without increasing your provisional income.

Your piece of the Social Security pie will be bigger each month for the rest of your life if you do.
Will Joe Biden Raise YOUR Taxes?

There's little doubt that, if elected, Joe Biden will try to raise taxes for some people. Will you be one of them?
Tax Extension Deadline: File Your 2019 Return by October 15 to Avoid Penalties