Best and Worst Buys at Warehouse Clubs for the Holidays

Here are seven things you need for the holidays that are deals at warehouse clubs, and seven things to buy elsewhere. 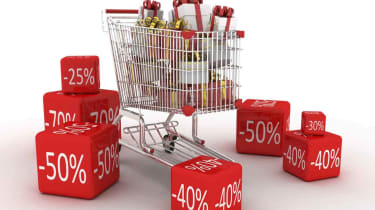 If you belong to a warehouse club such as BJ’s Wholesale, Costco or Sam’s Club, you should take advantage of your membership to save money on a variety of items this holiday season. Be aware, though, that not everything is a bargain at these retailers.

Batteries. Make sure you have enough batteries so your kids can actually play with any battery-operated toys they get this holiday season. Member's Mark AA batteries from Sam’s Club will set you back just 27 cents per battery ($12.98 for a 48-pack), compared with about 58 cents per battery for the Duracell brand at Target ($19.99 for a 34-pack), says Lauren Ward, a research analyst for CreditDonkey.com. We also found that batteries were cheaper at warehouse clubs than at low-price retailer Walmart (see Worst Things to Buy at Walmart).

Chocolates. Large holiday chocolate packages sold at warehouse clubs can easily be repackaged into multiple gifts – and will cost you nearly 40% less than similar treats purchased at the supermarket or drugstore, says money-saving expert Andrea Woroch.

Desserts. If you need a pumpkin pie for your Thanksgiving meal, grocery-shopping expert Teri Gault recommends buying one from the warehouse club bakery. A fresh pie that serves up to 12 people costs about $7 to $9 at the warehouse club – a price that’s tough to beat for a quality dessert, says Gault, who is CEO of The Grocery Game. You also can find platters of cookies, brownies and other treats for as much as 50% less at warehouse clubs than at grocery stores, Woroch says.

Frozen finger foods. If you want to serve stuffed mushrooms, bacon-wrapped shrimp or similar hot appetizers, hit the freezer department at club stores to get the best prices, Gault says. These frozen finger foods go for about 30% less at warehouse clubs than similar packages at supermarkets, Woroch says.

Gift cards. Warehouse clubs sell gift cards for about 20% less than face value. For example, you can get two $50 gift cards to California Pizza Kitchen for $79.99 at Costco, Woroch says. And you can get a four-pack of movie tickets for $33.99, making each ticket less than $8.50, Ward says.

Quality holiday-themed paper plates and napkins. You can find inexpensive Thanksgiving and Christmas plates and napkins at dollar stores. But you get what you pay for, Gault says. So if you only need plates for lightweight holiday treats such as cookies or cake, pick up a pack at a dollar store for $1. But for quality napkins and sturdy holiday-themed plates that can hold an entire meal, you’ll get the best price by buying them in bulk at warehouse clubs, she says.

Wine. If you’re not picky about the label, try Costco’s Kirkland Signature brand wines and champagne, Ward says. You can get a bottle of chardonnay from California's well-regarded Sonoma County for less than $7, or try a 1.5-liter bottle of cabernet sauvignon for $7.99. Costco’s store-brand liquor also costs about 30% to 40% less than other quality brands, Woroch says.

What not to buy

Baking supplies. Supermarket holiday sales and deals on baking-related ietms can’t be beat now through December, Gault says. Also, the grocery chain Aldi has good deals for Thanksgiving in this category, such as a 5-pound bag of flour for $1.49.

Blu-ray DVDs. If you’re an Amazon Prime member or can get free shipping by spending $35 or more, Amazon.com should be your go-to spot for Blu-rays, offering an average savings of $3 to $5 for this year’s most popular movies, Ward says.

Canned vegetables and soups. If you plan to make a traditional green bean casserole with cream of mushroom soup, the supermarkets will have big sales before Thanksgiving on the canned goods you need, Gault says. Canned vegetables typically cost about 70 cents per can at club stores versus 50 cents or less during Thanksgiving sales at supermarkets, she says. With coupons, Gault says you can get canned goods for even less -- as low as 17 cents at Dollar General and 24 cents at Albertsons, for example. At those rock-bottom prices, it pays to stock up for post-holiday meals too if you have room in your pantry.

Electronics. The prices on electronics at warehouse clubs might be appealing, but they won’t beat the deals being offered by retailers such as Amazon.com and Best Buy on Black Friday and Cyber Monday, Woroch says. Check sites such as BFAds.net or DealNews.com to see which retailers will have the best discounts on televisions, laptops and tech gadgets during sales around Thanksgiving.

Gift wrap. You’ll find rolls of gift wrap, ribbons and gifts bags of all sizes for just a buck at dollar-store chains including Dollar Tree, Family Dollar and Dollar General. (See What to Buy at Dollar Stores for the Holidays for more $1 seasonal deals.)

Holiday decorations. You’ll find beautiful, bright holiday displays at the warehouse clubs, but they come at full price, Ward says. You’re better off getting lights, reindeer and artificial trees at stores that have frequent promotions and coupons, such as Michaels or Hobby Lobby, or try dollar stores or home-improvement centers. For example, Woroch says she found a 9-foot pre-lit tree at Costco for $399 and a similar tree at Home Depot for $239. If you have enough to make it through holiday season, wait until after the holidays to get the best deals on holiday décor. Prices will fall as much as 90%.

Turkeys. Most club stores don’t sell fresh turkeys, so you might as well buy a frozen turkey during pre-Thanksgiving sales at supermarkets for about half the price or less, Gault says. During these sales, turkeys are the cheapest meat of the year -- usually 54 cents to 79 cents a pound, she says. So stock up if you have room in your freezer.