Charitable Giving Can Begin at Home with a Donor-Advised Fund

Parents and grandparents can launch the next generation of philanthropists by allowing kids to help decide where to donate money from a donor-advised fund. 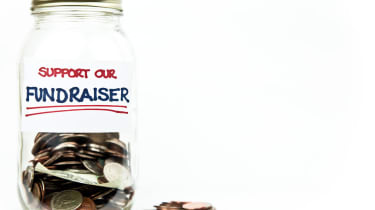 Question: My husband and I have a donor-advised fund, and we're going to make a big donation before the end of the year. I'd like to get my children and grandchildren involved in giving to charity. Is there a way I can give them access to some of the money so they can help decide which charities to support?

Answer: There are several ways you can give family members the ability to make grants to charities from the donor-advised fund, depending on how much control you'd like them to have.

With a donor-advised fund, you can contribute cash, stock or other investments and get an immediate charitable tax deduction on the donation. After that, you'll have an unlimited amount of time to decide on which charities will receive grants from the fund. Most donor-advised funds have great resources for researching charities, such as access to the GuideStar database, which includes charities' detailed financial records.

Some families work together to decide which charities to support, but the parents or grandparents still maintain control of the fund and make the grants themselves. With Vanguard's donor-advised funds, for instance, the account owner can make the grant on behalf of children or grandchildren and give them recognition to the charity.

Fidelity Charitable offers a Gift4Giving, which is like a gift certificate that lets you designate from $50 to $5,000 from your donor-advised fund for anyone to make grants to a charity he or she chooses. The person receives a link in an e-mail that serves as an authentication that provides access to that amount of money in your account. The individual will be able to use the fund's research resources, but can only make grants up to the amount you specify. This can be a good gift for the holidays or a wedding, giving newlyweds the opportunity to work together to decide which charities to support.

Other families add children or grandchildren as account administrators as they get older, so they can access all of the resources and make grants on their own. Many donor-advised funds have online access, making it easy for family members across the country to participate.

Families often talk about charitable giving during the holidays, and getting your children and grandchildren involved with your donor-advised fund is a great way to get started.

"If the parents care deeply that the legacy of giving will continue, it's helpful for their kids to get hands-on experience," says Jane Greenfield, president of Vanguard Charitable, which administers donor-advised funds.

Elaine Martyn, vice president and managing director of the Private Donor Group for Fidelity Charitable, says she recently attended a meeting with three generations of one family, including the grandmother, her three children and seven grandchildren.

"They all did some research about an organization they were proud of and felt a commitment to, and the grandchildren all had to present what they found out about the charities," she says. "Over lunch, we had a conversation where the grandmother shared what the traditions of her family have been and the gifts they have made over the years and why they chose to make them." The grandmother added her children to the account so they could make their own gifts.

Some people keep control of the fund while they're alive, but designate a successor and start to work with him or her to talk about charitable giving and the future of the fund. "Recently we had a donor who inherited an account from his aunt, who didn't have any children," says Martyn. "He was in his thirties and he had conversations with her before she died about her vision for philanthropy."

You can set up a donor-advised fund at many brokerage firms, banks or community foundations. Fidelity requires a $5,000 contribution to get started, and you can make grants as little as $50. Vanguard requires $25,000 to open a donor-advised fund, and its minimum grant is $500.