Make the Most of Your Donor Dollars

After a series of disasters, demand is intense. Here's how to give wisely. 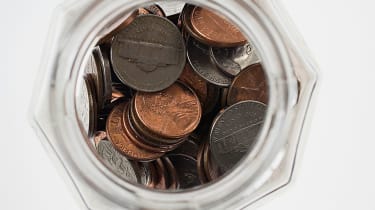 This year's seemingly endless string of natural disasters has inspired countless acts of heroism and generosity. But as the year-end giving season begins, some philanthropy experts worry that a phenomenon known as donor fatigue could affect individuals' willingness to support other worthwhile causes.

Many global crises don't get much news coverage in the U.S. For example, shortly after hurricanes Harvey and Irma inundated Texas and Florida, flooding in Southeast Asia killed more than 1,200 people and affected more than 40 million people, according to GiveWell, a nonprofit that supports underfunded charities. There are also long-term crises that get little attention, such as child hunger in developing countries. If you have a group of charities you regularly support, don't shortchange them because you donated to hurricane victims, says Daniel Borochoff, president of CharityWatch, a watchdog organization. "There are times in this life when you need to step up and do more, and this is one of them."

Talk with your family and decide which charities you want to support—not only before year-end (which locks in a tax break for itemizers for 2017) but also in the new year. Eileen Heisman, chief executive of the National Philanthropic Trust, which provides advice to foundations and financial institutions, suggests devoting a large percentage of your charitable-giving budget—say, 80%—to the charities you've selected and setting aside 20% to respond to disasters and other short-term events.

If you really want to help—and this applies to more than disaster relief—consider committing to a monthly or quarterly donation. Recurring gifts provide a predictable source of funding, which helps charities budget for long-term projects. In addition, charities with a predictable source of funding don't have to spend as much on fund-raising, Heisman says.

If your investment port­folio has performed well this year, consider giving appreciated stock or mutual funds instead of cash. You'll help the charity and reduce your tax bill (see Trim Your Tax Bill). Most large charities accept donations of securities. If you want to contribute to smaller organizations that aren’t set up to accept contributions of securities, consider a donor-advised fund. With these funds, you can make a charitable contribution of cash or other assets, take the tax deduction on your 2017 tax return, and decide later how to distribute the money (see Charitble Giving Is a Family Affair, for more on how to choose a donor-advised fund).

Watch Out for Scams

Shortly after Harvey hit, the Department of Homeland Security warned that e-mails seeking donations could be fraudulent phishing expeditions or efforts to direct individ­uals to malware-infected websites. This scam is easy to avoid: Don't click on a link in an e-mail seeking charitable donations, even if it looks legitimate, Heisman says. If you think the cause is worthwhile, close the e-mail and go to the charity's website. To learn more about a charity, go to the websites of charity watchdogs, such as Charity Navigator and CharityWatch.

Legitimate charities, such as DonorsChoose.org, use crowdfunding to raise money, but be wary of appeals from individuals on websites such as GoFundMe.com. Some of these requests are scams. And even when the appeal is legitimate, there may be other victims with more-pressing needs. "The person who is the best marketer isn't always deserving of the most aid," Borochoff says.