At $14 trillion and climbing, it's like "termites in the basement." 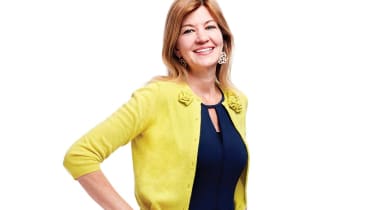 Kiplinger's spoke with Maya MacGuineas (pictured below), president of the Committee for a Responsible Federal Budget and head of the Campaign to Fix the Debt, about what it would take to solve the U.S. debt problem. Here's an excerpt from our interview:

What about the presidential candidates? Their policies range from denial to drastic fiscal irresponsibility. Hillary Clinton's plans overall are manageable in size and are paid for, but they would do nothing to take us off the current trajectory. Bernie Sanders and Donald Trump have policy platforms that would make our debt situation dramatically worse.

Why aren't people more alarmed? It’s very difficult for families to understand that fiscal issues eat away at the foundation of our economy. And it's very difficult for them to focus on something like the national debt when they're also worrying about job security or how to save for their kid's college. So it won’t come from a grass-roots outcry. We're not going to have a Million Man March for getting control of the debt.

What would it take to turn things around? There are two main possibilities: presidential leadership or a crisis. I have seen an incredible willingness among members of Congress to work together on this issue, but unless the President takes the lead it's virtually impossible for them to move forward. What they hear is, 'I want you to do this program' or 'I want you to cut my taxes.' I have heard members say that even if they lost their seat on this issue, they could go home feeling really proud if they could fix the debt problem. But it doesn't make sense for them to throw themselves overboard for a deal that can't get done.

Then there's the sad scenario of a crisis. I don't think that's what will happen here. We are being very shortsighted, but because of the U.S. dollar's position as the world's reserve currency, we can screw up our economy and people will still buy our bonds. It's not as if our creditors are going to change their minds tomorrow and stop lending to us and rates are going to spike up. Given the economic situation globally, that's not likely to happen.

So what's the outcome? We'll muddle along being harmed by high debt levels in terms of lower growth, slower job creation and a lower standard of living and not realize it. Fiscal issues eat away at the foundation of our economy, and very few people will notice. It's what economists have called termites in the basement.

One of the biggest, and thorniest, issues is what to do about Social Security. If we wait and do nothing, we will have across-the-board cuts of more than one-fifth for every single person, regardless of need, by 2034. If we delay 10 more years on Social Security, it will increase the overall cost of what we have to do by 50%. And yet every year we wait.

What should be done? Social Security is just math. We know how to fix it. We can look at increasing revenues by raising the payroll tax cap, but lifting the cap isn't enough. There's not enough money, and the shortfall would still grow over time.

You also need to look at raising the retirement age. There are a lot of scare tactics around this, but all of the proposals phase in an increase at a glacial pace. Basically, the age would increase by a couple of months every couple of years, starting a decade or more down the road. When we made the retirement age reforms as part of the 1983 Social Security deal, they didn't come along for years and years. And when they did, nobody minded. Nobody's complaining now that the retirement age has gradually gone from 66 to 67, as long as people who can't work are covered by Social Security Disability Insurance or other programs.

Do you see potential for leadership over the next four years, regardless of who wins the election? I'm very worried, but part of my job is to think about where the opportunities are. It will be very important to see who the new President picks for key positions, from Treasury to the Office of Management and Budget. It will be very important to see what the President's first initiative is. The President needs to commit to a budget that would at least have the debt coming down as a share of the economy. That would be a huge moment of opportunity.

Since this year's tax deadline was pushed back to July 15, many people just recently filed their tax return. That means there are a lot of tax refunds…
Milliennials Face Their Second Recession

Forty percent of millennials say the pandemic will likely cause them to delay payments on their debts. Does that include you? Time to take action.
10 Things You Should Know Before Filing for Bankruptcy 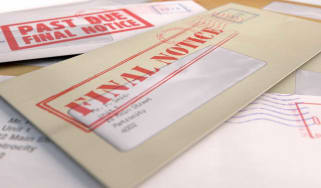 10 Things You Should Know Before Filing for Bankruptcy

If you're struggling to pay your bills and thinking about filing for bankruptcy, there are a few things you should know before taking that big step.
Skip to ContentSkip to Footer