The Unintended Consequences of a Boost in Overtime Pay 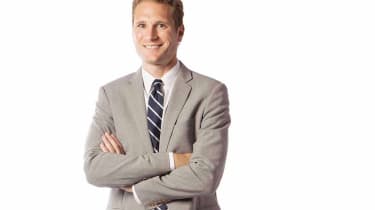 Ryan McDevitt, pictured at left, is an economics professor at the Fuqua School of Business at Duke University. Read on for excerpts from our recent interview.

A new rule from the Department of Labor makes more than 4 million workers eligible for overtime pay for the first time, effective Dec. 1. How does it work? Salaried workers who earn $47,476 or less a year—up from $23,660—and who work more than 40 hours a week must be paid overtime. People working 60-hour weeks will either be compensated for those hours or see a cutback in hours.

The DOL says this will boost wages by $12 billion over the next decade. Is the new rule a boon to workers? Workers will earn more initially, but employers will find ways to adjust. Businesses will rejigger work schedules to keep workers under 40 hours a week, hand off work to higher-paid employees who aren’t eligible for overtime, outsource work to freelancers or even automate some work. Robots aren’t going to be subject to overtime.

Which workers will experience the most change? The rule will really have an impact on young and inexperienced workers. Businesses may no longer be open to on-the-job training that adds extra hours — that’s a big downside. It may also limit work flexibility. Say you’re a parent and want to work long hours one week, and then take the next week off. Now your employer will be less likely to accommodate you.

What kinds of businesses will be most affected? Any industry with a preponderance of workers who are less skilled, just out of college or who don’t have a lot of education, earning between $20,000 and $50,000 a year and working long hours to move up to the next level. That might include everything from restaurants and hotels to ad agencies with workers fresh out of college, earning comparatively low pay. Law firms with paralegals who put in extra hours may now make first-year associates or some company overseas do the menial work.

Will the rule stimulate economic growth by putting more in workers’ pockets? Could it fuel inflation? In the short term, wages will go up, pushing inflation up a little bit. But that will be offset by companies finding ways not to pay these overtime bills. And in the long run, it will hurt growth. An employer willing to hire at $25,000 now has to factor in overtime pay, and that may hold back job creation.

These important time management techniques will help destress your life as you get busier -- yes, busier -- in your golden years.
When Is Amazon Prime Day 2020?

Circumstances beyond its control have forced Amazon to move its annual Christmas-in-July Amazon Prime Day blowout sale in 2020 to ... later. Prime Da…
18 Things You Can't Return to Amazon

Before tossing these items into your virtual shopping cart, be sure to read Amazon's return policy first.