Putting the Brakes on Fuel Efficiency 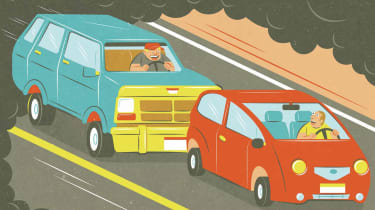 Within the next few months, the Trump administration is expected to finalize its rules modifying the fuel-economy targets set during the Obama administration. Under the new standards, vehicle sticker prices could be cheaper. But because cars would be less fuel-efficient, you’ll pay more at the pump.

To recap: In 2012, the U.S. Environmental Protection Agency and the Department of Transportation set new corporate average fuel-economy (CAFE) standards that require automakers to sharply increase fuel economy and reduce greenhouse gas emissions. The target by the 2025 model year was 54.5 miles per gallon—or close to the mid 40s under real-world conditions.

The Trump administration countered this past August with its Safer Affordable Fuel-Efficient (SAFE) vehicles rule, which would lock in a fleet-wide target of 37 mpg (about 30 mpg in real-world driving) for model years 2020 through 2026. The Trump administration says that the new standards will save drivers an average of $2,340 in ownership costs and argues that the savings will enable more Americans to upgrade to newer, safer cars—and therefore save lives. Opponents say fuel-saving technology (such as improvements to internal combustion powertrains) is advancing so fast that automakers can meet the stricter standards without raising vehicle prices all that much, and that savings at the pump will outweigh higher sticker prices. As for safety, strong, light materials such as aluminum do a good job of protecting vehicle occupants in a crash—and allow larger vehicle designs that don’t guzzle gas.

Environmentalists and the state of California, which has the authority under the Clean Air Act to set its own air pollution rules, have vowed to fight back. The federal government wants to revoke California’s ability to set stricter vehicle emissions standards, which align with the targets set by the government in 2012. California, along with at least 16 other states and the District of Columbia—most of which have adopted California’s standards—are preparing to challenge the final rule in court.

Automakers are calling for a compromise that would allow a single national standard. Although the industry would appreciate lower fuel-economy standards, trying to produce vehicles to meet two different standards is an unwanted scenario, says Jeremy Acevedo, an analyst at Edmunds.

Plus, with relatively low gas prices, more buyers have been choosing SUVs and pickups over fuel-efficient sedans. SUVs and pickups accounted for 62.9% of sales nationwide between January and September 2018, according to Kelley Blue Book. The share of hybrids and plug-in electric vehicles was just 1.7%.

Status quo. Lawsuits could drag on for years, so expect the status quo to remain in place for now. Jack Gillis, of the Consumer Federation of America, says automakers would comply with California’s rules by default. “It’s too complicated and expensive to figure out how to build cars for two different environments in the U.S.,” he says.

Regardless of the final outcome, manufacturers will continue to improve fuel economy, and automakers are already investing in fuel-efficient technologies to comply with stricter standards in countries around the world./

“Whether or not America is championing the cause, a lot of very important markets abroad are focusing on fuel efficiency, so this technology can’t go by the wayside,” says Acevedo. 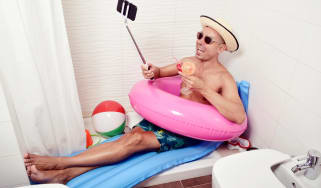