Delaying benefits will increase the size of your checks, but it’s not the best strategy for everyone. 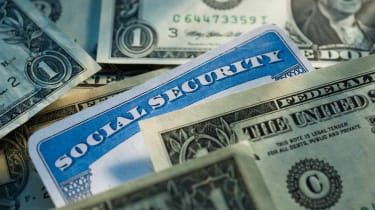 Figuring out when to file for Social Security usually comes down to a question that’s nearly impossible to answer: How long will you live? Retirees who wait until full retirement age or later will receive fewer checks over their lifetime, but the checks will be for larger amounts. The longer you live, the more delaying pays off.

The age at which you come out ahead by postponing benefits is known as your break-even age. For example, a 62-year-old top wage earner would come out ahead by filing at 66 as long as he lives past age 77. If he delays filing for benefits until age 70, he would need to live past age 80 to break even. That’s below the average life expectancy (84 for men and nearly 87 for women), but if you don’t expect to live that long, there’s no point in postponing your benefits.

However, if your grandmother celebrated her 100th birthday by playing a few rounds of golf, and you’re fit and healthy, you’re probably better off waiting until at least full retirement age—or, better yet, age 70—to file your claim.

If you’re married—even if your own health or your family history suggests you won’t reach your break-even age—there’s another factor to consider: survivor benefits. For example, if you’re the higher earner and you die first, your spouse will be able to take over your benefits. Delaying benefits will boost the monthly benefit your spouse will receive after you’re gone.

Single retirees are usually better off waiting until full retirement age to file for Social Security. But because you don’t have to worry about survivor benefits—your benefits will end when you do—you have a less-compelling reason to wait until age 70 to file. Your decision will come down to how badly you need the income and how long you think you’ll live.

Before 2010, retirees who filed for benefits at age 62 and later changed their mind could withdraw their application for benefits, repay the total amount they had received and reapply for a higher benefit based on their age. Now, if you want to withdraw your application for Social Security and repay benefits, you must do it within 12 months after signing up, and you can only do it once. You still have the option of suspending benefits at full retirement age, which will allow you to accrue the 8% delayed retirement credit until age 70.

Even with the payback option eliminated, some retirees remain convinced that they can come out ahead by filing at 62 and investing their benefits. That way, they argue, they won’t leave money on the table if they die before their break-even age. This strategy also appeals to retirees who fear that a shortfall in the Social Security trust fund will force the government to cut future benefits.

But in order to beat the guaranteed return you would get by delaying benefits (plus cost-of-living increases), you’d need to invest most of your benefits in stocks, financial planners say. That could work out in your favor—but if the market turns bearish, you won’t have years to recover your losses, says Gifford Lehman, a certified financial planner in Monterey, Calif.

Even in the best of times, this game plan requires you to resist the temptation to spend your monthly Social Security check, says Jim Blankenship, a CFP in New Berlin, Ill. “The reality is that many, if not most, folks don’t have the discipline to invest the money, and before you know it the projected windfall from filing early has been eaten up by lifestyle creep,” he says.

What about worries that Social Security won’t be around if you wait? Barring congressional action, the trust fund is slated to run out of money in 2034. It’s unlikely, though, that Congress will do nothing over the next 15 years to fix Social Security (see Relax, Your Social Security Benefits Are Safe). And at that point, payroll taxes would still fund 79% of promised benefits. Any actions Congress takes to shore up the trust fund probably won’t affect current retirees.

How to bridge the gap

Here’s why: Once you turn 70½, you must withdraw required minimum distributions from all of your tax-deferred retirement plans, based on your life expectancy and the balance in those plans at year-end. Leaving those accounts untouched until you turn 70½ will increase the size of mandatory withdrawals, along with your tax bill. Depending on your other income, you could find yourself vaulted into a higher tax bracket. Large RMDs could also trigger taxes on up to 85% of your Social Security benefits, plus a surcharge on your Medicare Part B and Part D premiums.

By taking withdrawals from your retirement plans before you hit your seventies, you can reduce the size of those accounts, which will result in smaller taxable RMDs, says Cindi Hill, a certified financial planner with CUNA Mutual Group. You can take money from your tax-deferred accounts with a fairly high degree of confidence that your savings will last 30 years or more—through bear markets and bouts of inflation—if you follow the “4% rule” as a starting point. In your first year of retirement, you withdraw 4% from savings, and you increase the dollar amount of your subsequent annual withdrawals by the previous year’s inflation rate (see Make Your Money Last). You may decide to dial back withdrawals once you start taking Social Security benefits, but the rule is a good starting point.

While this strategy is designed to ensure that you won’t outlive your money, it’s not bulletproof. During the 2008 economic downturn, some retirees were forced to withdraw money from depressed portfolios, inflicting permanent damage to their savings. In that scenario, filing for Social Security benefits before age 70 could enable you to postpone withdrawals until your investments have recovered. Cary Cates, a CFP in Denton, Texas, says he often advises clients to plan on filing for benefits at age 70 but to be prepared to file earlier if their investment portfolio suffers a significant decline. “This reduces the need to sell securities when the value is depressed,” he says.

Another way to protect yourself from market downturns is to use an immediate annuity to cover your expenses until you file for benefits. Suppose you’re 65 but want to wait until you’re 70 to claim benefits—and that claiming now would provide $2,093 a month in benefits. For about $120,650, you could buy an annuity that provides the same amount each month for five years, at which point you would file for Social Security.

Thanks to estimated cost-of-living adjustments and the 8% delayed retirement credit, your benefits would be worth more than $3,600 a month. If you live until at least age 83, you’ll come out ahead. You can shop for an immediate annuity and compare rates at immediateannuities.com.

If you are (or were) married

For married couples, claiming benefits “is a household decision, not an individual decision,” says Paula McMillan, a certified financial planner in Greensboro, N.C. Under a couple of scenarios, it makes sense for one spouse (or widowed spouse) to claim benefits before full retirement age.

You’re the lower-earning spouse. If you were born on or before January 1, 1954, you can still take advantage of a strategy known as restricting an application to increase the combined payout of your benefits as a couple. Here’s an example of how it works: One spouse files for Social Security benefits before full retirement age, while the other—who must have already reached full retirement age—files a restricted application to collect spousal benefits only, which are equal to half of the first spouse’s full benefits. The second spouse waits until 70 to collect his or her own benefit, thus taking advantage of delayed retirement credits.

Even if you’re ineligible for that strategy, it may make sense for the lower-earning spouse to file as early as age 62, says Blankenship. While that spouse will see a 25% reduction in benefits, the couple can use income from the lower-earning spouse’s benefits, along with other sources of income, to pay expenses, enabling them to delay the higher earner’s benefits until age 70.

Survivor benefits are also available to divorced spouses whose former spouses have passed away, although many don’t realize they’re eligible, says Jayson Owens, a CFP in Anchorage, Alaska. If you were married for at least 10 years, you can claim benefits as early as age 60 based on your late ex’s earnings record. As is the case with surviving spouses, this strategy offers a way to postpone claiming your own benefits until age 70, Owens says. Remarriage won’t affect your eligibility for survivor benefits as long as you’re at least 60 years old (50 if you’re totally disabled).