Many financial companies will benefit once the Fed gets serious about lifting interest rates. 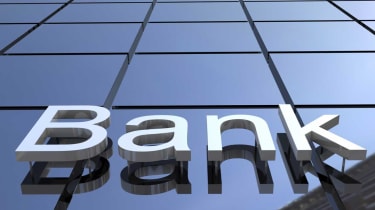 For bank stocks, the future is all about the Federal Reserve. Shares of banks have yo-yoed this year as investors have attempted to divine the Fed’s likely moves on interest rates. In February, when Fed chair Janet Yellen mentioned the words “negative interest rates” during congressional testimony, bank shares plunged to their lowest prices since 2013, even though Yellen was merely raising the subject as a possible tool for invigorating the economy rather than suggesting that the central bank might take rates into negative territory any time soon. On May 18, when the Fed released minutes of an earlier meeting that signaled an increased chance of a rate hike in June, bank shares popped almost 4%.

Why so tethered? Banks currently hold large sums of money in short-term investments that are earning almost nothing. An increase in the Federal Funds rate—the short-term rate that the Fed controls—should translate into higher rates on short-term fixed-rate and variable-rate consumer loans. Investors may also be betting that an increase in short-term interest rates will result in a rise in long-term rates, although long-term yields actually fell after the Fed boosted rates last December.

David Ellison, comanager of the Hennessy Large Cap Financial Fund (symbol HLFNX), says it appears that the Fed is serious about lifting rates back to more-normal levels. “The Fed is seeing what’s happening in Europe and Japan, where negative rates aren’t helping. They’re making things worse,” he says.

But banks have more going for them than the prospects of additional rate hikes. Analyst Erik Oja, of S&P Global Market Intelligence, says bank stocks should benefit as loan growth, although slow, continues to chug along steadily. “Commercial lending is still strong, and the housing market is improving,” Oja says, pointing out that sales of new homes in April reached an eight-year high.

Plus, shares of many banks are dirt cheap, and the sector could hardly be more out-of-favor. “Banks are not very much loved. Politicians don’t like them, and everybody’s worried about rates,” says Ellison. Any improvement in investor sentiment could provide a boost for the stocks.

Ellison says the best opportunities today are in simple, stable and profitable deposit-taking institutions. “Own the banks that can deal with the current environment” of low rates, he says. That way, any rate increases are an added bonus.

In particular, Ellison likes Citizens Financial Group (CFG, $23.59), which has 1,200 branches across New England, the Mid-Atlantic and the Midwest (prices and returns are as of May 27). The bank earned $34 million more in net interest income during the first quarter of 2016 than it did in the fourth quarter of 2015 (a 4% increase), in part because of higher interest rates on loans and leases after the Fed’s December rate hike. Citizens Financial, formerly a subsidiary of Royal Bank of Scotland, was spun off as an independent entity in September 2014. Although the stock has gained 10% since the spin-off, it still trades for just 0.6 times book value (assets minus liabilities). On that basis, it’s one of the cheapest regional bank stocks, which on average trade at about 1.3 times book value.

Ellison also favors Capital One Financial (COF, $73.83), which has branches in the Mid-Atlantic, Louisiana and Texas, and a large online presence. Capital One is also a mammoth issuer of credit cards, which account for the bulk of its profits. The company currently holds $70 billion in cash, and so it will benefit immediately from any boost to short-term interest rates. Shares of Capital One, the largest company on this list, with a stock-market value of $38 billion, trade for 0.8 times book value.

Two of Oja’s top picks are Huntington Bancshares (HBAN, $10.58) and Synovus Financial (SNV, $32.20). Huntington’s branches and operations are concentrated in Ohio, Michigan and Indiana. It focuses its lending operations on consumers, in part with a sizable amount of high-quality auto loans, and on small-to-midsize businesses. Loan growth has been steady; total loans, by assets, rose by 7% in 2015 and by 9% in 2014. Oja’s 12-month price target for the stock is $12, or 13% above the current price.

Synovus, a holding company that runs 257 branches through 28 local brands in the southeastern U.S., started off 2016 with a bang. Total loan assets in the first quarter rose by 8%, deposits grew by 11%, and the ratio of bad loans to total loans declined compared with the first quarter of 2015. Oja’s 12-month price target for Synovus is $35, or 9% more than its current price. Oja adds that Synovus, which has a market value of $4 billion, could be an attractive acquisition candidate.