Not one domestic stock fund category finishes 2015 in the black. 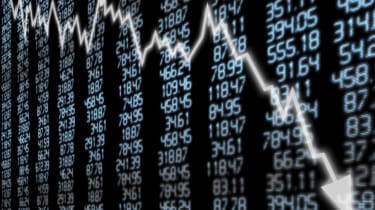 Is the bull market history? Technically, no, but it sure feels that way. Although Standard & Poor’s 500-stock index eked out a 1.4% total return in 2015, mutual funds that focus on large-capitalization U.S. stocks lost 0.2%. Funds that invest in smaller companies or in large foreign firms did worse. Only one group, small-company foreign stock funds, finished the year in the black. In all categories, funds that focus on growth stocks did better than value-conscious funds.

Adding injury to insult, stock markets around the world tanked during the first week of 2016. The S&P 500 lost 6.0%, the worst loss ever for the first week of the year. The most common explanation for the new-year knockdown was concern about slowing growth in China. But with the bull market approaching its seventh anniversary, investors and traders have had plenty of other reasons to dump stocks: plunging oil prices, which are squeezing energy-company profits and suggest that the global economy may be weaker than the consensus thinks; geopolitical worries, including terrorism and North Korea’s nuclear weapons program; and, of course, the Federal Reserve, which in 2015 raised short-term interest rates for the first time in nine years and says it wants more hikes this year.

Getting back to the question at the start of this article, we won’t know if the bull market is over until one of two things happens: Either the S&P 500 surpasses its record high of 2134.72, set last May 20, or the index drops 20% from that level, which would confirm the onset of a bear market. In the meantime, it’s best to keep your investments diversified, rebalance them regularly and avoid getting swept up in the markets’ day-to-day gyrations.

See below for the top-performing mutual funds in 11 categories. The list includes only funds with modest minimum investment requirements and excludes leveraged and inverse index funds.

It paid to hang with the FANGs.

Tanaka growth lands in this group because it owns firms of all sizes. However, it has more than half of its assets in behemoths, including General Electric and Altria, which helped boost results last year. But the fund’s fees are high, and long-term results are erratic. Buffalo Discovery, which has the bulk of its assets in mid caps, got a boost from two FANGs: Facebook and Google. The managers of Kiplinger 25 member Akre Focus favor firms that can impose price increases and that are run by skilled managers who reinvest earnings wisely. In picking stocks, Vanguard Strategic Equity relies on quantitative models that focus on five factors, including valuation, share-price momentum and growth prospects.

Tiny stocks helped several funds shimmy into the winner’s circle. Oberweis Micro Cap and Wasatch Micro Cap Value scored big with pip-squeak stocks, such as semiconductor company Inphi and surgical device maker Synergetics. Fidelity Small Cap Growth, which invested in slightly larger firms, got a bump from payment processor Global Payments. Conestoga Small Cap fared well by focusing on tech and health care stocks. Homestead Small Company Stock, a member of the Kiplinger 25, had a rough year, losing 5.2%, partially because of bad bets on some industrial stocks. It has bounced back in the past, though, and we think it will regain its footing.

Bonds provide little relief for funds that mix things up.

Most hybrids, which typically blend stocks and bonds, did no better than pure stock funds, partly because their fixed-income holdings provided little help. Gavekal KL Allocation took top honors; it kept a relatively high 74% in stocks and benefited from holding Japanese shares, which fared well in 2015. Funds with strong long-term records include Fidelity Strategic Dividend & Income and Dodge & Cox Balanced. One noteworthy disappointment: FPA Crescent, a member of the Kiplinger 25. The fund fell off the 10-year winners list after slipping 2.1% in 2015, despite keeping nearly one-third of its assets in cash and 10% in bonds. With Crescent’s performance flagging, our confidence in the fund is waning, too.

The winners overcome the headwind of a strong dollar.

The MSCI EAFE index, which tracks stocks in developed foreign markets, returned 5.8% in local-currency terms last year. But because of the roaring dollar, the index lost 0.4% from the perspective of U.S.-based investors. Fidelity Overseas, Cambiar International Equity and several other funds succeeded the old-fashioned way—with good stock picking. Others, including Tocqueville International Value and longer-term winner FMI International, a member of the Kiplinger 25, hedged against currency fluctuations. Oppenheimer International Growth, which does not hedge, normally levies a sales charge, but you can buy it load-free at several brokerages (see 7 Great Load Funds Without the Load).

This is the only category with a winning record last year.

Since losing 61% in 2008, its first full year, Oberweis International Opportunities has been on a roll, soaring 61% in 2009, 30% in 2010, 33% in 2012 and 55% in 2013. It owes some of its recent success to holdings in Germany’s SMA Solar Technology and Danish jewelry retailer Pandora. Manager Ralf Scherschmidt holds stocks for about six months, on average. Fidelity International Small Cap Opportunities’ swings aren’t as dramatic as Oberweis’s. But since Jed Weiss became manager in 2008, the fund has been in the top half of its group in six years out of seven. Oppenheimer International Small-Mid Company normally charges a load, but you can get it commission-free at some online brokers.

These world travelers also got a boost from the FANGs.

As with large-company U.S. funds, global funds, which own foreign and domestic stocks, benefited from owning big tech firms last year. Google and Facebook were the largest and third-largest holdings, respectively, of WCM Focused Global Growth. Even Oakmark Global Select, run by value luminaries Bill Nygren and David Herro, held Google and Amazon in its 21-stock portfolio (although the managers sold the entire Amazon stake in November). The fund has landed in the top third of the global stock fund category in six of the past eight calendar years. Another good choice is Artisan Global Equity, comanaged by Mark Yockey, longtime manager of Artisan International. Global earned only 1% in 2015, but it has been in the top 42% of its peer group in each of the past five years.

Developing countries are suffering from plunging commodities prices, sinking currencies and economic stagnation. Result: The MSCI Emerging Markets index fell 15% in 2015, and just two funds finished the year in the black. Funds that did best skirted the worst markets (Brazil and Colombia), focused on small and midsize companies, or made bets on growing consumer wealth. Top performer Brown Advisory Emerging Markets Small-Cap has all of its assets in Asia, including 32% in South Korea, which some analysts consider to be a developed nation. City National Rochdale Emerging Markets has 21% of its assets invested in companies that cater to spending on nonnecessities.

Japan funds rise to the top of the charts.

The Land of the Rising Sun was the story of 2015, as India faded and China collapsed. Aggressive monetary easing, fiscal stimulus and structural reforms kept Japan out of recession and buoyed its stock market. Matthews Japan, which invests in companies of all sizes, has 36% of its assets in consumer-related stocks, including Toyota Motor. Confectioner Kotobuki Spirits, whose shares more than doubled in 2015, was a standout for Fidelity Japan Smaller Companies. Fidelity Nordic remains one of the best regional funds. In 2015, the fund’s top performer was gambling concern Unibet Group, based in Malta, soaring 81%. Danish drugmaker Novo Nordisk, the biggest holding, gained 39%.

Health care loses its firm grip on the category.

Six months ago, health care funds occupied every slot in this category in each of the four periods. But a cooldown in blazing biotech stocks and huge gains by the FANGs allowed a few technology funds to join the winners lists. At last report, Berkshire Focus held all four FANGs and just 28 other stocks (it holds stocks about two months, on average). Fidelity Select Retailing was a top one-year performer, thanks to a 20% stake in Amazon. But here’s a shock: Fidelity Select IT Services owned no FANGs; it benefited from having one-fourth of its assets in Visa and MasterCard. If you want broad exposure to health stocks, consider Fidelity Select Health Care. It is well-diversified among traditional drug stocks, biotech companies and device makers.

These funds let you hedge your bets.

On average, alternative funds, which are supposed to zig when stocks zag, were no great shakes last year. But the group produced the top performer of any product that wasn’t a leveraged index fund. Catalyst Macro Strategy uses options and leveraged exchange-traded funds to make short-term bets on stocks, bonds, commodities and even market volatility. Most of the one-year winners levy sales charges. One no-load fund on the list, Otter Creek Long/Short Opportunity, owns some stocks and bets against others. At last report, the fund had sold short Intel, Tesla Motors and Netflix, among others. It earned 10% in 2014, its first full year. Turner Medical Sciences Long/Short practices a similar strategy but only with health care stocks.

Investors looking to squeeze more profit from the next bull run can look to Fidelity funds for strong active management and tactical investments.
3 Municipal Bond Funds for Rich, Tax-Friendly Yields