You can buy these funds at discount brokers without having to pay sales charges. 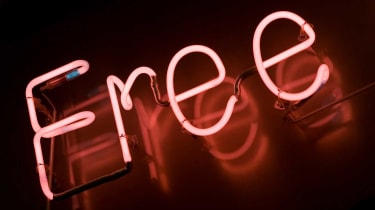 It is the golden rule of mutual fund picking: If you’re a do-it-yourself investor, avoid load funds, which charge commissions of up to 5.75% every time you buy shares. But we’re going to break that rule, sort of. That’s because many discount brokers, such as Fidelity and Charles Schwab, let you buy load funds without paying a sales charge.

The catch: Some load funds trade load-free only at certain brokerage firms. And some commission-free platforms may offer a few funds within a family, but not all.

To help you, we’ve selected seven solid load funds that are available through at least two major brokerage firms without a load or a transaction fee. Returns are through December 31.

After subpar results between 2007 and 2009, this large-company stock fund got a new manager, and its performance improved markedly. Since Brian Condon came on board in May 2010, the fund has returned an annualized 15%, beating Standard & Poor’s 500-stock index by an average of 0.7 percentage point per year.

Condon and Peter Albanese, who became comanager in 2014, use both quantitative models and fundamental research to pick stocks. They seek firms that are attractively valued relative to their peers, with strong business momentum and steady earnings. In 2015, the fund’s best performers included computer-graphics chip designer Nvidia, which soared 66%, and Internet domain registry service VeriSign, which jumped 53%.

Lead manager Chuck Bath follows a classic value approach, buying a stock when it trades well below his estimate of the firm’s worth and starting to sell when the shares approach his ballpark number. He and two comanagers favor large firms with a leading position in their industry, strong balance sheets and executives who act like owners. Once Bath and his comanagers buy, they tend to hold for a long time. The fund on average holds stocks for four years (more than twice the average holding period of large-company stock funds). Over the past five years, the fund outpaced its peer group by an average of 1.6 percentage points per year.

Don San Jose’s arrival as manager of this JPMorgan fund couldn’t have come at a worse time, less than a month before the start of the catastrophic 2007–09 bear market. But San Jose has managed the fund with aplomb through both strong and awful markets. In 2008, Small Cap Equity lost 27.3%. That may not seem good, but the fund crushed the S&P 500 by nearly 10 percentage points and beat the Russell 2000 index, which tracks small-company stocks, by 6.5 points. During San Jose’s tenure, Small Cap beat the Russell 2000 in six of eight calendar years. All told, the fund gained an annualized 8.8% since San Jose came on board, topping the Russell 2000 by 2.8 percentage points per year.

San Jose and comanager Daniel Percella, who arrived in early 2014, fill the portfolio with companies that are industry leaders whose business models can withstand hard times. And they tend to hang on to stocks; the fund’s average holding period is five years. The fund’s top three holdings are Waste Connections, a garbage-collection company; Toro, which makes lawn mowers and other lawn-care equipment; and Pool, a distributor of swimming-pool supplies.

On March 25, George Evans celebrates his 20th anniversary as International Growth’s manager. He and comanager Robert Dunphy, who joined the fund in 2012, look for attractively priced, high-quality foreign firms poised to benefit from broad trends, including aging populations in the developed world and growing wealth in emerging nations. They assemble a portfolio of 100 to 150 stocks and hang tight. Their average holding period is eight years, an aeon compared with the 18-month holding period of the average diversified large-company foreign stock fund.

The fund has done well during rough market patches. In 2008, 2011 and 2015, when global markets struggled, International Growth ranked among the top 25% of its peer group (funds that focus on large, fast-growing foreign companies). But the fund’s long-term returns impress, too. Over the past 10 years, International Growth returned an average of 6.1% a year, racing past the 3.5% annualized return of the MSCI EAFE index.

Kanovich is a contrarian who likes to find bargains among fast-growing, high-quality firms that have stumbled. He trolls among unloved sectors and companies in turmoil (say, a firm that has undergone a management shake-up) to find them. Top holdings include Swiss drug maker Lonza Group and Ocado Group, an online grocer in the U.K.

JPMorgan Core Plus Bond A ONIAX

Core Plus Bond invests primarily in investment-grade debt, but the fund’s five managers can invest up to 35% of its assets in lower-rated junk issues (debt rated double-B or lower) and foreign bonds. Recently, 18% of its assets sat in junk-rated securities, and 1% in foreign government bonds, mostly from developing countries. The investments in high-yield bonds, which have struggled since last May, hurt Core Plus Bond’s 2015 results (though it managed to break even for the year). But over the long haul, the fund has been consistent. In each calendar year from 2005 to 2015, the fund ranked in the top half of its peer group (taxable, intermediate-term bonds). The fund yields 2.9%.

Michael Hasenstab, who has run this fund since the end of 2001, is a skilled bond picker. Although 2015 was a rough year for the fund, it returned 8.5% annualized over the past 15 years, putting it in the top 2% of all global bond funds. Hasenstab and comanager Sonal Desai, who became a manager in 2011, are contrarian investors who aren’t afraid to search for bargains in the proverbial rubbish bin. They loaded up on Irish bonds and Hungarian debt in 2011 as other investors shunned them. They also built exposure to the Mexican peso as the currency lost value against the dollar in the second half of 2015. The investment process requires some patience and, at times, some grit. But investors who stick with the fund will be rewarded. It yields 2.9%.

K3I-LOAD FUNDS.indd
Share via EmailShare on FacebookShare on TwitterShare on LinkedIn