When to Sell a Mutual Fund

To sell or not to sell? Use these guidelines to help you decide. 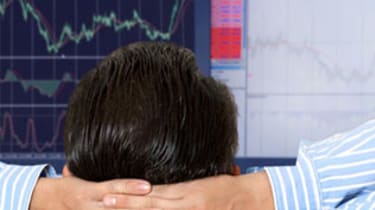 One of the toughest things about investing is knowing when to sell. How often have you bought a great fund and watched it perform like gangbusters for years, only to see it stumble for several more? Should you sell or hold on? What about the gold fund that lost half its value over the past six months? These nine guidelines can help you decide when to dump a fund.

In some cases, the reasons to sell have little to do with the fund itself.

Time to rebalance. Maybe you have an overall target mix of 60% in stocks and 40% in bonds. But because stocks have crushed bonds over the past year, you now find yourself with a 70/30 division. Rebalancing—selling relative winners and buying relative laggards—is designed to bring your allocation back in line with your goals. Rebalance at least once a year, and perhaps more often if markets soar or a particular fund goes wild.

Change in goals. Over time, investment goals can change. Perhaps you want to retire five years earlier than planned. Or maybe you lost your job and want to be more conservative in your IRA. Either way, retooling your portfolio to meet new objectives is a fine reason to unload fund shares. You should make some portfolio shifts even if your goals stay the same: As you get older, you should reduce your exposure to stocks and increase your stake in fixed-income investments or cash.

Tax-loss benefit. If you’ve lost money in a fund that’s sitting in a taxable account, put the loss to good use: Sell and tap the losses to offset, dollar for dollar, any capital gains you earned from other sources that year. Match up short-term losses and gains (those from investments held for one year or less) and long-term losses and gains. If you are left with a net loss, you can use it to offset up to $3,000 of ordinary income, such as wages, and carry forward excess losses to future years.

Changes within a fund happen all the time. Stay in the loop by keeping an eye on these areas.

Asset bloat. Investors often pile into a winning fund. But the end result, asset bloat, can hamper future perform­ance. That’s especially true for funds that focus on small or midsize companies. When such funds make big trades, they are more likely than large-company funds to move share prices—up when buying, down when selling—in ways that hurt results. Some funds seek to prevent bloat by closing to new investors. For example, Fidelity Small Cap Discovery (symbol FSCRX) shut earlier this year after assets hit $4 billion. But Fidelity has let other funds grow to gargantuan girths. Fidelity Low-Priced Stock (FLPSX), a member of the Kiplinger 25, is the biggest midsize-company fund in the U.S., with $40 billion in assets. And Fidelity Contrafund (FCNTX), another member of the Kip 25, is the largest actively managed no-load stock fund, with $94 billion in assets. We’re keeping an eye on both funds.

Loss of a key manager. When a manager exits, it’s not an automatic trigger to sell. But it can be a red flag, especially when the departing manager is integral to the fund. We warned investors to stay away from T. Rowe Price Health Sciences (PRHSX) when lead manager Kris Jenner left Price in early 2013. Jenner had delivered solid results since 2000. And when Rick Aster, the lead manager of Meridian Growth (MERDX), died in early 2012, we dropped the fund from the Kip 25.

Other times, a manager shakeup is a welcome change. In 2011, when Fidelity Magellan (FMAGX) got a new manager—Jeffrey Feingold replaced Harry Lange—we saw it as a plus for long-suffering shareholders. Two years later, the fund is on surer footing. Its 18% return in 2012 ranked Magellan among the top 21% of all large-company growth funds.

Change in strategy. Change is good, right? Not when it doesn’t mesh with your investment objectives. Way back in the 1990s and early ’00s, Third Avenue Value (TAVFX) was best known as a high-flying U.S. small-company fund. Today, it’s a global fund full of large-company stocks (with an average market capitalization of $18 billion), and 35% of its assets are invested in Asia. The key to determining whether a shift in strategy is a reason to sell a fund is to ask yourself if the changes fit well with your investment goals.

Consistent underperformance. This one is tricky. A fund that lags the market or its peer group over the short run isn’t necessarily a “sell.” After all, even the best funds can have a bad year.

But what if one year morphs into a longer string of substandard results? Conventional wisdom says to dump a fund if it trails its peers over a stretch of three to four years. But we don’t follow this rule blindly. For example, Dodge & Cox Stock (DODGX), a member of the Kip 25, trailed Standard & Poor’s 500-stock index in four years out of five from 2007 to 2011. But we stuck with it. Last year, it gained 22% and beat 98% of its peers. It has done nearly as well this year, too.

In a perfect world, you’d track how your funds have performed against an index and its rivals over an entire market cycle—from peak to trough of a bear market and from the bottom to the peak of a subsequent bull market. But that kind of data is difficult to get. Focus instead on calendar years going back to at least 2008 (when the S&P 500 tumbled 37%). That should give you a good picture of how a fund performed in different kinds of markets, says Christine Benz, director of personal finance at Morningstar.

Market timing is not easy. Not only do you have to know when to sell but also when to get back in. Still, there are times when markets go haywire, making selling easier.

Change in environment. For nearly two years, as interest rates plummeted to historic lows, we warned of the dangers of owning certain kinds of bond funds. The warnings were premature, but the bond market appears to have reached an inflection point over the spring, as yields jumped and Federal Reserve officials began hinting that their easy-money policies might end soon. Because bond prices move in the opposite direction of yields, investors in many bond funds have taken noticeable hits. But interest rates are still low by historical standards and are likely to continue to rise. Long-term bond funds are especially vulnerable. If you own any, it’s not too late to sell.

Crazy valuation. Internet giants in the late 1990s; real estate firms in the mid 2000s; gold in 2011. Every so often, the prices of stocks in a certain sector—and the funds that invest in them—become vastly overhyped and overvalued. Then things turn ugly and investors lose a lot of money. But making the call to sell at the right time, when prices are still rising, is hard.

One way to gauge valuation is to look at price-earnings ratios of certain sectors in relation to the broad market or to historic averages. P/Es aren’t perfect measures, but they can be good indicators of out-of-whack values. For instance, in early 2000, the P/E for the typical tech company topped 60, more than double that of the S&P 500, which itself was at nosebleed levels. Those sky-high P/Es should have been a warning sign to trim or sell tech-heavy funds.