The Coming Storm in Wealth Transfer

Gen X and Millennials are more suspicious of Wall Street than their elders, and returns on their equity investments are likely to disappoint them. Are lower fees inevitable? 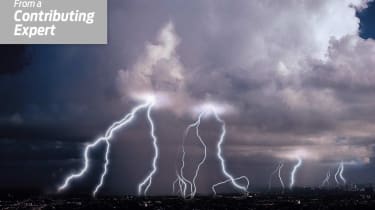 There's been plenty of opining lately about the growing middle class in emerging markets, and how they will continue to push up equities markets and global GDP as they save, invest and consume more in goods and services.

But analysts, investors and traders haven't paid much attention to another big demographic shift that concerns me. This dynamic has the potential to bring down many of Wall Street's biggest firms and the stocks they push.

The largest transfer of wealth in history is already underway as those in the baby boomer generation begin transferring their wealth to their grown-up children and grandchildren--adults between 25 and 45 years of age. About half of them fit into Gen X. The other half into the so-called millennial generation

Baby boomers and these young adults have been described as very different investor personalities. Demographic studies and consumer surveys seem to support the view that Millennials have less or little interest in buying stocks and lack the resources to invest. They have a mistrust of the financial industry stemming from the financial meltdown of 2008-09. According to a recent poll from the Harvard Institute of Politics, only 11% of 18- to 29-year-olds responded that they trust Wall Street most of the time. Both Millennials and Gen Xers demand more transparency from their financial advisers than their parents did at the same age.

Data from the Bureau of Labor Statistics show Millennials have higher unemployment levels and smaller incomes than previous generations, while student loan debt has doubled in only a decade, according to the Federal Reserve. The average 2016 college graduate who had to borrow has $37,172 in student loan debt, up 6% from last year and the highest level in history, according to an analysis by higher-education expert Mark Kantrowitz.

What I fear in this generational shift: I think we are headed for a market with more sellers and fewer buyers of stocks.

On the plus side, these new generations of investors could also influence Wall Street by insisting on more transparency from money managers. In some respects, Millennials take after the World War II generation, which was quite skeptical of the stock market, coining the phrase "you can't grow corn on a stock certificate."

Baby boomers heavily invested in equities during the heady days of the 1980s and '90s, blindly following the advice of their financial planner—rightly or wrongly. They had good reason to go along to get along. As a group, boomers experienced the greatest period of stock market returns in U.S. history. There were times when it was hard not to make money in the stock market.

In contrast, people in the 25-45 year old age group have lived through an era of crises. They've witnessed the fall of giants, including Enron, Worldcom and Lehman Brothers—companies that collapsed in only a few days. They watched their parents lose money, jobs and their retirement savings, first after September 11th and later during the market meltdown of 2008-09. They are suspicious of a financial system that they believe lied to them.

If it were 1995, this culture war on Wall Street wouldn't matter as much. But as boomers enter retirement and unload their stocks, I worry that a deluge of equity liquidation will hit the market that is already heavily overvalued—in some cases by as much as 85% to 100%, according to a recent Goldman Sachs report.

The coming transfer of stock market assets sets up a perfect storm for traditional asset managers, especially those who follow the hybrid commission adviser model, with high fees and undisclosed commissions. The shift to lower expected returns and a lack of tolerance for undisclosed commissions will require a sea change in how clients invest their assets.

First, the historical average 7% long-term returns from the markets will be severely put to the test. I believe a new period of lower long-run average returns of equities, or even zero returns, is in the offing.

Second, despite the recent focus on passive or indexed investing, it is active management that will likely bring better returns if we enter another period like 1967-82 where Standard & Poor's 500-stock index was flat over 15 years. Passive investing, or buy and hold only, is dead. The search for lower fees doesn't necessarily mandate passive investing, but it leads to the third sea change necessary in this new trading environment. And that sea change is a lower-fee environment.

In this new world, investors will need to discard the traditional hybrid commission model, where advisers earn 1% to 2% "wrap fees" in addition to undisclosed commissions on the sale of investments.

All-in fees in the hybrid model can average 3% to 5%, a level of costs that could entirely consume all annual investment return. This will drive a departure from high-cost, conflicted, commission-oriented advisers and a move towards fee-only, non-broker affiliated fiduciaries. Investors will no longer be able to afford paying the high fees associated with the traditional broker-adviser model.

James M. Sanford, CFA, the founder and portfolio manager of Sag Harbor Advisors, has worked on Wall Street since 1991 and was the top U.S. salesperson in U.S. Credit Product by revenue in 2007 and 2008.

James M. Sanford, CFA, the Founder and Portfolio Manager of Sag Harbor Advisors, has worked on Wall Street since 1991. Mr. Sanford spent 11 years as a Managing Director at Credit Suisse, marketing credit derivatives and convertible bonds. From 2005 to 2007, Mr. Sanford managed the Hedge Fund Credit Sales team at Credit Suisse within the overall Credit Sales group and was the top U.S. salesperson by revenue in 2007 and 2008. Mr Sanford has a wide-ranging product background, a rarity for RIAs and even most Equities Portfolio Managers.