From oil prices to the Swiss franc, we explain why volatility is on the rise and what you should do now. 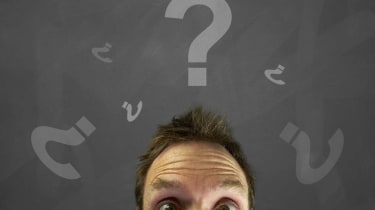 Stock market volatility has returned with a vengeance. In the first 14 trading days of 2015, the Dow Jones industrial average fell or jumped by triple-digit amounts on eight occasions. Many commentators have attributed rising market jitters to the plunge in oil prices—surprising because cheap oil brings so many obvious benefits to the U.S. economy—and, more recently, to the decision by Switzerland’s central bank to allow the country’s currency to climb freely. Why are markets behaving so turbulently, and how should you react?

What’s behind all the volatility?

One cause is simply a feeling that the U.S. stock market is overdue for a correction—or worse. The last bear market ended on March 9, 2009, so the current bull market is nearly six years old. From that date through January 21, Standard & Poor’s 500-stock index has delivered a total return of 240% (or 23% annualized). And although stocks aren’t as richly priced as they were in early 2000, just before a harsh bear market got under way, the market is trading at above-average valuations relative to historic norms.

Then there’s everyone’s favorite economic guessing game: What will the Fed do? The Federal Reserve is expected to raise short-term interest rates later this year, which would be the first hike since 2006. Higher rates are generally considered negative for both the stock and bond markets.

But the primary causes for the most recent anxiety are the plunge in the price of oil and the Swiss National Bank’s decision to unshackle the franc. Because few Wall Street seers were able to anticipate these developments, investors and economists are having trouble arriving at a consensus as to whether these things are on the whole negative or positive.

Why is there so much confusion and uncertainty?

The impact of these economic events cascades over scores of other issues, from consumer spending and corporate profits to global politics and monetary policy. Identifying who and what might be impacted, how the impacted parties will react and whether that will cause a second cascade of reactions is complicated and prone to error.

Consider the potential fallout from just one of the recent news events—the collapse in oil prices—to illustrate how complex the questions can be. Since last June, the price of a barrel of oil has plunged 55% because of oversupply and sluggish demand. That’s a boon to U.S. consumers, who are likely to save an average of $750 each per year on fill-ups, according to the Energy Information Administration. More money in the hands of consumers could give the economy a welcome shot in the arm, as individuals spend more on clothing, appliances, cars, vacations and countless other things. Retailers and producers of consumer goods could respond by hiring workers to fire up factories and showrooms. Cheap oil could also save manufacturers, airlines and other transportation companies a bundle. The cost savings should help boost those companies’ profits.

The flip side of the oil bust is lower profits—or none at all—for energy companies, especially oil and gas producers that had created tens of thousands of jobs in recent years. That has already resulted in large layoffs in oil-rich states, such as North Dakota and Texas, and among companies that supply services and equipment to exploration companies. Moreover, energy companies have historically been big spenders on heavy machinery and equipment, accounting for nine of the nation’s 20 biggest capital spenders, says economist Ed Yardeni, of Yardeni Research. Many of these companies have already put spending plans on hold in the wake of declining oil prices.

Meanwhile, the collapse in oil prices is reverberating through both the stock market and the junk bond market. Energy stocks are 8% of the S&P 500 index, and debt issued by energy firms accounts for 16% of the U.S. junk bond market. From its peak last summer through January 21, the S&P Energy index has declined 22%, even as the S&P 500 advanced 5%. Over that period, the Barclays U.S. Corporate High Yield Index lost 2.9%. If oil prices don’t stabilize soon, many energy companies will have to revisit their generous dividend policies, and some could have trouble meeting their debt obligations, which could lead to dates in bankruptcy court.

The oil rout also has global political implications. It puts pressure on oil-producing nations, including such U.S. adversaries as Russia, Iran and Venezuela. But it also hurts our allies in the Middle East, including Saudi Arabia.

Switzerland is a relatively small player on the global stage. Why should we care about the franc?

In truth, we care more about the euro, which crashed after the Swiss National Bank announced on January 15 that it was abandoning its policy of propping up the European currency. From that day through January 22, the euro has lost 3.5% against the dollar, bringing its decline since March 18, 2014, to 18%. The euro’s fall makes U.S. exports more costly for European customers, which could make it harder for U.S. companies to sell their wares in Europe. Exports account for 13.5% of U.S. gross domestic product—and trade with Europe accounts for about 17% of that total, says Hugh Johnson, a money manager in Albany, N.Y. That means that European trade accounts for a little more than 2% of U.S. GDP.

Moreover, the euro’s drop is likely to hurt U.S.-based multinationals with operations in Europe. That’s because the revenues and profits they derive in euros will translate into fewer dollars. How much that will impact earnings of big U.S. companies remains to be seen, but the uncertainty is adding to market jitters.

One reason the franc is so much stronger than the euro is that Switzerland’s economy is in much better shape than the eurozone’s. In fact, much of western Europe is in such an economic funk that it's teetering on the brink of deflation—a bogeyman that’s particularly difficult to defeat.

What’s so bad about deflation?

Two things. First, when prices fall, both companies and consumers tend to delay major purchases because they expect lower prices in the future. But such behavior can turn into a self-perpetuating economic tailspin, with prices falling in the wake of lackluster demand and demand drying up as customers wait for prices to fall more. That stops companies from producing products and leads them to lay off workers, who then cut back on their spending and further fuel the downward spiral.

Deflation also makes it harder for a central bank to boost an economy by cutting interest rates, says Johnson. In a normal, growing economy in which prices are rising modestly, dropping interest rates can stimulate growth because a cut results in lower after-inflation borrowing costs. But in an environment in which prices are falling, trimming rates does little to encourage more economic activity if consumers and businesses expect to pay less for goods and services in the future.

All that said, the European Central Bank on January 22 announced a massive asset-purchase program designed to goose Europe’s economies by lowering long-term bond yields. Stocks in the U.S. and Europe rose in response to the news, though the euro lost value against the dollar. The Dow industrials finished the day with a gain of 260 points, an increase of 1.5%.

Do these deflation fears hasten the arrival of a bear market and put my investments at risk?

We do not anticipate a bear market. With most parts of the U.S. economy humming, we are sticking with our forecast of low-double-digit percentage gains for the broad U.S. stock market in 2015. Hank Smith, chief investment officer at Haverford Trust, reinforces our case: “Remember: Recessions kill bull markets—not geopolitical or exogenous events—and recession risk in the U.S. is low.”

Still, it does seem likely that U.S. markets will remain volatile—swinging wildly both up and down—for several months while the market mulls the longer-term impact of a strong dollar, weak oil prices and economic uncertainties in Europe.

Should investors do anything differently in this environment?

Because there are no certainties in investing, you want to make sure you have enough cash to handle any near-term goals. A prudent move is to review how much you have in cash-type investments, such as money market funds, bank accounts and short-term Treasury bills and certificates of deposit. If you don’t have enough cash, consider raising some by selling some of your stock holdings. Additionally, having a bit of extra cash can allow you to capitalize on buying opportunities when shares of good companies get trashed in a short-term sell-off.

If you employ stop-loss orders to manage risk in your portfolio, you should know that volatility makes them a risky proposition. That’s because these orders tell your broker to automatically sell if prices dip below set thresholds, but in a volatile market that dip could be momentary. If you haven’t reviewed your stop-loss orders lately, now is a good time to talk to your investment adviser about what makes the most sense for your particular situation.

It may also be smart to prune your portfolio, says Paul Atkinson, head of North American equities at Aberdeen Asset Management. Atkinson thinks that some high-yielding utility and industrial stocks have gotten overvalued. He suggests you review your holdings, and if any of your shares seem overvalued based on fundamental measures, such as price-earnings ratios or P/Es relative to expected earnings growth, consider selling those holdings. Though interest rates are not likely to rise quickly or soon, they will edge upward as economic growth gets stronger. In that environment, the high-yielding stocks of the past are likely to look less attractive in the future, he says.

If you own a high-yield bond fund, you might want to consider paring back. As mentioned, energy companies account for a disproportionate share of the junk bond market. Their ability to repay that debt is likely to hinge on how much debt they carry and what happens to oil prices.

Otherwise, don’t rush to make drastic changes in your bond holdings. The Fed remains on course to raise rates in the U.S. later this year, but it won’t raise rates by a lot, and the first hike might not necessarily signal a lengthy regimen of increases. Moreover, short-term rate hikes engineered by the Fed don’t guarantee that long-term yields, which are set by investors in the bond market, will rise in tandem.