Are Stocks Cruising for a Bruising?

Most U.S. stocks are overvalued today. Throw in concerns about weakening global economic growth, and the market looks vulnerable. 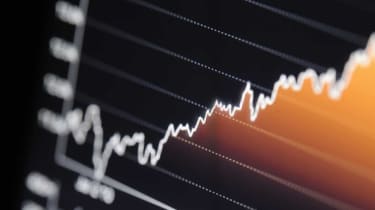 Is the stock market too richly priced? I tend to be an optimist, but I’m beginning to think the answer is yes. Why? I’ve been reading a truly scary piece of research from Jim Paulsen, chief investment strategist at Wells Capital Management. Paulsen, a longtime stock market bull, finds that based on earnings over the previous 12 months, the average U.S. issue trades at a post-World War II high. His findings come at a time when world stock, bond, currency and commodity markets are being rocked by fears over anemic global growth.

In the late 1990s, as large-capitalization U.S. stocks advanced and technology shares in particular lifted off, the extreme overvaluation was clear to anyone who cared to look. Standard & Poor’s 500-stock index traded at a price-earnings ratio of 34, a post-war record, and the tech-laden Nasdaq traded at an insane P/E of 152.

It’s different this time. The S&P 500 changes hands today at 19 times trailing profits. That’s higher than the long-term average of 15.5, but it’s hardly alarming. The trouble this time is that the average stock is trading at a P/E of just over 20—higher than at any time since at least World War II. “Everything is overvalued,” Paulsen tells me.

An overvalued market, in and of itself, rarely triggers a bear market. Signs of an impending recession or a financial cataclysm generally bubble up in the early stages of a selloff. That makes the current situation dicey. Global stock markets are being roiled by plunging oil prices, falling Treasury bond yields, and a soaring dollar and Swiss franc (and, conversely, a weak euro).

The P/Es of most stocks are usually lower than the P/E of the S&P index, which consists of 500 mostly strong companies. Stocks in the index are weighted by their market values (share price times the number of shares outstanding). So, for example, Apple has the largest weighting, nearly 4%, in the S&P.

One caveat: All of Paulsen’s figures for the average stock are as of June 2014, the most recent date for which he could compute average P/Es. Paulsen says he sees nothing to suggest P/Es have changed appreciably since. (At its January 16 close of 2015, the S&P 500 is 3% above where it closed on June 30.)

Stock pickers have been grumbling for years that the market isn’t distinguishing between superb companies and low-quality firms. Drawing an analogy with cars, it would be a market in which Chevys and Fords fetch BMW prices.

Typically, only best-of-breed companies command lofty price-earnings ratios. (You compute a stock’s P/E by dividing its stock price by its earnings per share.)

But recently, Paulsen’s data shows, lower-quality firms--those, for example, with heavy debt loads, a lot of competition and poor outlooks—have been awarded P/Es that are almost as high as the P/Es of cream-of-the-crop companies. “A lot of our guys complain that values are so tightly bunched that it’s hard to be a stock picker,” Paulsen says of Wells’s money managers.

Utilities, providers of consumer staples and shares of energy and other commodity companies typically trade at discounted P/Es. Today, thanks to the plunge in oil prices, only energy stocks trade at significant discounts to the S&P’s P/E.

Next he considered share price in comparison with a company’s book value, or assets minus liabilities. On this basis, stocks were pricier in only two years, 1969 and 1998. Ugly bear markets followed not long after both periods.

In past times when the average stock’s P/E reached sky-high levels, the aftermath usually, though not always, was disastrous. In 2005 and 1998, high average P/Es preceded bear markets by two years. The 1969 peak likewise signaled a huge drop in stocks. The other average P/E high-water mark was reached in 1962—and that bull market continued for years.

What to do? The most obvious strategy is to buy stocks of the biggest and highest-quality companies. If all cars sell for the same price, you might as well buy a BMW. When the best companies are as cheap as the rest, buying the best is common sense. “Other things being equal, you go to big and survivable,” Paulsen says.

Foreign stocks, especially emerging-markets issues, are cheaper than U.S. stocks. So look beyond the U.S. in spite of the big headwinds Europe and many developing nations face.