Skip to headerSkip to main contentSkip to footer
Advertisement
Kip 25

Newly inducted to the collection of our favorite no-load mutual funds, this small-company fund scoops up high-quality picks when their prices dip. 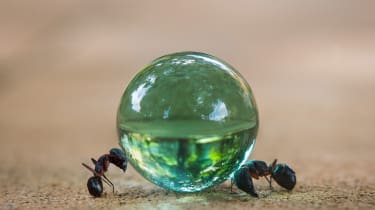 We don’t remove funds from the Kiplinger 25 lightly. But after struggling since late 2014, Homestead Small Company Stock (HSCSX) is out. To be fair, shares in small firms were lackluster for part of that period. But even as small-cap stocks have recovered, Small Company Stock has lagged its peers. It’s time for a change.

In its place, we’re adding Wasatch Small Cap Value (WMCVX. Manager Jim Larkins has been with the fund since it launched in 1997, first as an analyst and as the manager since 1999. (The fund, in fact, was partly his idea.) Since he was named manager, Small Company Value has returned an annualized 12.5%. The Russell 2000 index, which tracks small-company stocks, has returned 8.7% annualized over the same period.

Small Cap Value is a departure for Wasatch, best known for investing in fast-growing firms rather than in firms with bargain-priced shares. Larkins piggybacks on the firm’s detailed research on high-quality growth stocks. When a good one falters, he swoops in and buys it at a discount. “Even the best firms spend some time in the value woodshed,” he says. Larkins calls Small Cap Value a “fallen angel” fund.

Roughly 50 stocks fill the portfolio. Some names have been in the fund for years, though the number of shares may change as stock prices rise or fall.Knight Transportation, for instance, is a 20-year holding. Last year, Larkins sold some shares as excitement grew about the trucking company’s merger with Swift, a competitor. This year, Larkins added to his holdings in the new firm, Knight-Swift Transportation Holdings (KNX), after its shares tumbled. Revenues had dropped because the firm is having problems hiring enough drivers. Wall Street, says Larkins, “is overly concerned about a temporary bump in the road.”

Lately, Larkins has been getting a little more defensive. He added to existing holdings in Arbor Realty Trust (ABR) and National Storage Affiliates Trust (NSA), two real estate investment trusts that he calls “income proxies” because they typically pay out at least 90% of their earnings as dividends. REITs, which tend to suffer when interest rates rise, have been shunned by many investors this year. “We’re kissing some frogs to find a handsome prince that can deliver some stability in volatile times,” says Larkins.