This Kiplinger 25 member is in a slump. 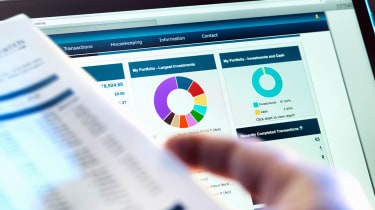 A member of the Kiplinger 25, our favorite no-load mutual funds, Parnassus Mid Cap (PARMX), which invests in growing midsize firms and boasts a 10-year record that beats 94% of mid-cap growth funds, is in a slump. Over the past 12 months, Mid Cap lagged 87% of its peers, as well as its benchmark, the Russell Mid Cap index.

Two clunkers are mostly to blame. Shares of Dentsply Sirona, a maker of dental supplies and equipment, and Patterson Cos., a distributor of dental and animal health products, sank 29% and 51%, respectively, over the past year. A slowdown in demand hurt Dentsply, and Patterson is facing competition from online sellers. Fund managers Matt Gershuny and Lori Keith reduced their stake in Dentsply, but they believe the firm’s new executives are making the right moves. They expect profits to recover soon. The fund managers sold their Patterson shares. “Our patience wore thin,” says Keith, “and we saw better opportunities.”

Gershuny and Keith have managed Mid Cap for nearly 10 years. They focus on growing companies with a product or service that’s in demand and shares that trade at reasonable prices. And they invest only in companies that meet environmental, social and corporate governance standards.

Two new stocks are in the portfolio: Cadence Design Systems and Synopsys. Both are in the electronic design automation industry, which helps engineers design semiconductor chips. “Chips have become more integral to consumer devices, but they are used in the medical, industrial and automotive industries, too,” says Keith.

A mere 35 stocks fill the portfolio, a concentration that contributed to its recent woes. “If you own a limited number of stocks and a couple go sour, it has an impact on the portfolio,” says Gershuny.

On the plus side, Mid Cap has held up well in tough markets. Between January 26 and February 9, for instance, the Russell index fell 8.6%, but the fund lost only 6.2%. Mid Cap beat the index during longer rough patches, too, including the 2011 and 2014 calendar years.

Symbol change: Fidelity Strategic Income has a new symbol, FADMX, after merging with another fund.