We found a handful of small companies that offer good income and growth potential. Plus: An ETF for fans of dividend growers. 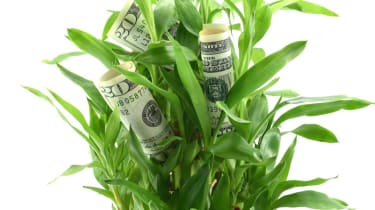 For small, fast-growing companies, dividends are an unaffordable luxury. But a handful of small businesses are finding ways to pay a dividend without compromising their growth, offering potential for solid gains with a slice of income on the side.

Dividends are actually quite common in small-cap country. More than half of the companies in Standard & Poor’s Small-Cap 600 Stock Index pay dividends, and they yield an average 2.3%, slightly trailing the 2.4% yield of dividend payers in the S&P 500 (the full S&P 500, which includes companies that don’t pay dividends, yields 2.1%). Granted, most of these businesses aren’t likely to make the big leagues. Financial companies and industrials dominate the roster of small-capitalization stocks, so you’ll be hard-pressed to find the next Under Armour (symbol UA) on the list.

Still, sticking with dividend payers can be a winning plan. Small-cap dividend stocks in the Russell 2000 index gained an average of 11.2% annualized over a 22-year period ending December 31, 2014, beating nonpayers by an average of 3.1 percentage points per year, according to a recent report by the Royce Funds, whose products focus on small-cap stocks. “Dividend-paying companies have staying power,” says Jay Kaplan, manager of the Royce Total Return (RYTRX) and Royce Dividend Value (RDVIX) funds. “They tend to be better-quality businesses, and they give you a better return while taking some risk off the table.”

Companies that can pay dividends without much financial stress offer the most upside. These businesses tend to be solidly profitable, have a manageable amount of debt, and should be able to increase their dividends consistently, giving investors a raise each year.

Keeping those factors in mind, we found four stocks and one exchange-traded fund that look compelling from both a growth and an income perspective. (Share prices and related figures are as of August 12.)

Topping our lineup is ABM Industries (ABM, $33.06), a building maintenance and repair company that hasn’t missed a dividend payment in nearly 50 years. Sales are climbing 4% a year, and the company is a model of stability. It signs long-term contracts with airports, hospitals and other big businesses, and recent acquisitions have enhanced its janitorial, energy industry and aviation services. Analysts expect earnings per share to rise 15% in the fiscal year that ends in October, followed by an 8% increase in the 2016 fiscal year.

ABM also has the capacity to raise its dividend, thanks to its prodigious free cash flow (earnings plus depreciation and other noncash charges, minus the capital spending needed to maintain the business). The company’s annual dividend rate is 64 cents a share, just 37% of its estimated 2015 free cash flow of $1.72 per share. For investors who want a stable, defensive dividend payer, the stock looks attractive, says Andrew Wittmann, an analyst for investment bank Robert W. Baird. His 12-month price target: $38 per share. ABM's dividend yield is 1.9%.

Regional bank City Holding (CHCO, $47.74) holds appeal for both its 3.5% dividend yield and its potential to boost its payout. With 82 branches in Kentucky, Ohio, Virginia and West Virginia, the bank is a “big player in a small market,” says Kaplan.

City has snapped up a string of branches in recent years, including three in Lexington, Ky., a new market for the bank. It has a solid balance sheet and capital levels well above regulatory requirements, and its loan portfolio features a lot of steadily paying home equity loans and residential mortgages. Analysts expect the bank to earn $3.13 per share this year, almost double its dividend payout of $1.66 per share—leaving plenty of leeway for higher dividends in the future.

Unless you’re under age 30, you may not be familiar with clothing retailer Buckle (BKE, $41.50). But its designer jeans and other apparel are a hit with teenagers and young adults. Compared with rival brands, Buckle offers more attentive service and higher-quality denim, says Kaplan. Sales have climbed an average of 9.4% a year for the past decade, and earnings have expanded at a 14.6% annualized pace. Paying out at an annual rate of $0.92 per share, the stock yields 2.2%.

One challenge now for Buckle: boosting sales in a more crowded marketplace. Analysts see revenue inching up just 1%, to $1.17 billion, in the fiscal year that ends next January. Growth may accelerate in the future, with the company planning to add, remodel or relocate 15 more stores this year, bringing its total to 470. Its balance sheet is healthy, with no long-term debt. And Buckle has some of highest profit margins in the business.

Investors who stick with Buckle should get a bonus dividend, too. The company has paid out a “special dividend” in eight of the past nine years, shelling out $2.77 per share in 2014 in addition to its regular dividend. Assuming sales keep chugging along, Buckle should serve up a hefty dividend in January, returning a bit more cash to shareholders.

With a market value of $255 million, Escalade (ESCA, $18.07) is the minnow on our list. But it’s a growing player in the world of specialty sporting goods, making equipment for archery, billiards and the fast-growing sport of pickleball—a mash-up of tennis, ping-pong and badminton. The company recently acquired two pickleball brands, and sales are on track to grow 11% this year, reaching $153 million. “It’s a great niche company,” says Eric Kuby, manager of North Star Dividend Fund (NSDVX).

Escalade has raised its payout each year since it initiated a quarterly dividend in 2012 (previously it paid dividends annually or biannually). With an annual dividend rate of $0.44 a share, the stock yields 2.4%. And because the company doles out less than half of its profits, it should be able to hike its payout as profits climb. Wall Street analysts expect earnings to jump 19% in 2016. Expect even better profits if you start to see pickleball in prime time on ESPN.

Finally, if you’d rather capture a swath of dividend growers, consider ProShares Russell 2000 Dividend Growers ETF (SMDV). This exchange-traded fund features companies in the Russell 2000 index that have increased their dividends for at least 10 consecutive years. Top holdings include irrigation system manufacturer Lindsay Corp. (LNN) and restaurant chain Cracker Barrel Old Country Store (CBRL). The fund launched this year, so it doesn’t have much of a record. But companies that increase or initiate dividends tend to beat market averages over long periods, according to Ned Davis Research. If the trend holds up, this ETF should fare well. It yields 2.1% and has an annual expense ratio of 0.40%.

Here are 13 dividend stocks that each boast a rich history of uninterrupted payouts to shareholders that stretch back at least a century.
7 Safe High-Yield Dividend Stocks Delivering 4%+ 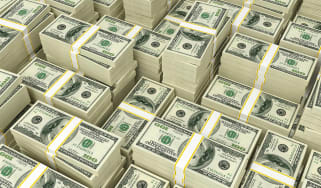