You can get assistance financing a project without giving up equity in your company to investors. 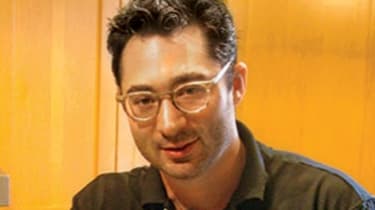 Matt Tolnick could be the poster child for the feel-good version of crowd funding. The 30-year-old former corporate lawyer founded Lawless Jerky with a Kickstarter campaign that landed him $30,000 in seed capital. He’s now doing a second round of financing that he hopes will raise another $20,000.

Unlike the crowd-funding campaigns that securities regulators fret about, Kickstarter projects such as Tolnick’s don’t promise to make money for contributors. Investors expect only thanks and, perhaps, some project-related swag. For example, Tolnick, who’s based in Voorhees, N.J., sends contributors small bags of his gourmet beef jerky. “I have all these new flavors, and this is allowing me to test them on real customers,” he says. “It’s also driving people to our Web site and is helping us become more of a known quantity.”

But the arrival of Kickstarter and other crowd-funding Web sites, such as Indiegogo and GoFundMe, also underscores why crowd-funded investing is likely to be so risky. After all, Kickstarter and its rivals let entrepreneurs finance a project or business without giving up equity. You probably wouldn’t offer a piece of your company unless you had exhausted your other options — that is, you had already failed at Kickstarter, tapped out friends and family, and been rejected by banks and venture capitalists. That means only the riskiest projects, with thin emotional appeal, will likely be left for the investing-related crowd-funding portals that are likely to launch in the spring of 2014, says Arkansas Securities Commissioner Heath Abshure.

Some entrepreneurs with Kickstarter experience agree. “If we needed investors, I feel like we could have gotten them,” says Armand Aghadjanians, the 23-year-old co-founder of Greentag, a Los Angeles maker of wallets and T-shirts that used Kickstarter to raise $16,000. “But I would see that as a desperate measure. We have credit cards available and loans we could get from other people. Giving up equity in our company would be a last resort.”