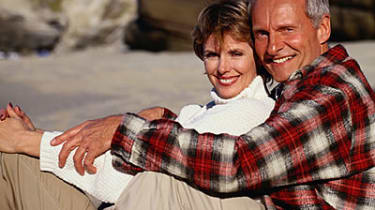 Ho hum. Oh, we love the blazing hillside colors and a sizzling bratwurst as much as the next person. But while everyone else is clogging scenic roadways and combing pumpkin patches, you could skip the usual and head someplace unique -- away from the crowds. Fall is an ideal time to snag a great travel bargain because airlines and hotels drop their prices coming off their summer highs. Kids are back in school and fewer people are taking vacations as the temperature cools. So put down that mug of cider and take a look at these fabulous, but not-so-obvious, fall destinations.

Don't let the name mislead you. This island in the northern Atlantic has fairly mild weather year round. Yet most tourists visit in the summer, leaving fall wide open for you to enjoy the wildlife, the nightlife, and the landscapes that are out of this world. For example, in Reykjavik, the capital, you can expect to pay at least 30% less in the fall and winter for a hotel than you would pay in the summer. October temperatures typically average in the 40s. But on a particularly chilly day, head to Reykjavik's Blue Lagoon (pictured here) -- a giant pool that's heated geothermally. There's a spa on-site too, so you can get a massage after a long day of sightseeing or shopping. Then, at night, prepare yourself for the best show in town -- the northern lights are often seen here on cold clear nights from September to March. 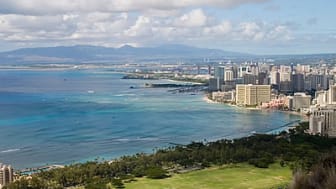 If you've been itching to visit popular national parks in the southwest, now is your chance. Hitting the hot spots in Southern Utah and Arizona in the summertime means just that--you'll swelter in 100-plus-degree heat with nary a tree under which to seek shade -- it is the desert, after all. But by October, temperatures in the regions around the Grand Canyon, Zion's or, our personal favorite, Arches National Park, settle in to the 70s. That creates a prime atmosphere for viewing or hiking rock formations that will have you oohing, aahing and scratching your head. Case in point: the famous Delicate Arch formation pictured here. The park is perfectly decked out in fall colors with its orange- and red-rock landscape. The experience is akin to walking another planet -- Mars, perhaps? 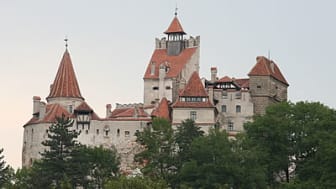 Hawaii has fantastic year-round weather. So why go in the summer when families are out of school and wedding season is at its peak? The crowds -- and prices -- get smaller in the autumn, giving you plenty of room and extra cash to enjoy snorkeling, surfing, or hiking a volcano. Plus, airfare to Hawaii typically goes on sale in the fall, so keep your eyes open for good deals. Autumn is the kick-off for the islands' Aloha Festivals, a series of cultural events that run from September through October. This is no ordinary harvest festival -- think luaus, barbeques and dance-offs rather than pumpkins, brauts and cider. 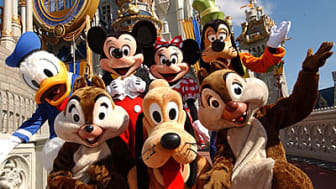 What could be more appropriate than spending Halloween in the land of the real-life Dracula? The man on whom the legend is based, known as Vlad the Impaler for his habit of stabbing victims with wooden stakes, lived in Romania in the 15th century. This Eastern European country features many of the last bastions of medieval life, with its orthodox monasteries and impressive castles -- including Bran castle, a.k.a. home of Dracula (pictured here). Romania makes a unique and affordable European getaway. Because the country does not use the euro, your American dollar will go further there than at more popular Western European destinations. In early September, we found a Halloween-time vacation package on Orbitz.com that included airfare from New York to Bucharest and six nights at a four-star hotel for $955 per person.

Even one of the busiest tourist destinations in the U.S. hits a slump after Labor Day. That means shorter lines for your favorite attractions as well as cheaper accommodations. All Disney World resorts charge "value season" rates -- their lowest of the year -- in September and the last week of November into the first half of December. (You'll pay regular-season rates in October and early November.) At the All-Star Music Resort, for example, rates start at $77 a night, rather than the regular rate of $99. And if you want to take the kids over Thanksgiving, Disney's resorts don't hike their prices that week, unlike many destinations. So, at the All-Star, you'd pay the regular-season $99 rate instead of the $125 holiday rate. Then the week after Thanksgiving, value season rates kick in again. 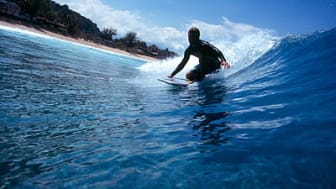 Psst. Did you know San Francisco's summer weather doesn't actually arrive until fall? In June and July, the city lies under a cold blanket of fog. Come September and October, however, the sun shines through and the weather warms up a few degrees. The crowds clear out, too, making autumn an ideal time to take a bay cruise to Alcatraz, explore Golden Gate Park, wander the funky shops in Chinatown and Haight-Ashbury or savor an espresso and pastry at a North Beach café. And if you must have your pumpkin festival fix, you'll find one of the biggest and best a mere 35-minute drive south of San Francisco in Half Moon Bay on October 14 and 15. 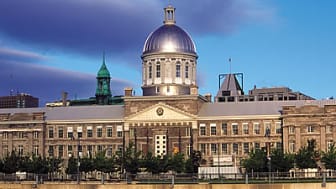 Why go antique hunting in New England when you could catch a wave off one of the most beautiful beaches in the world? Costa Rica is located about ten degrees north of the equator and consists mostly of coastline -- giving it some of the best surfing waters in North America. The country is also home to many unspoiled ecological beauties, from rugged volcanoes to lush rainforests. October and November air temperatures average 77 degrees Fahrenheit, and the ocean averages in the mid- to high- 70s. Fall rates at beachfront resorts tend to run at least 25% lower than in the winter. Summer and early fall are the wet season here, but the rains start to taper off in November, giving you a window to enjoy a tropical getaway before the winter crowds move in. Surf's up!

If you're craving the style and charm of the old world, you can have it all for a fraction of the price in Montréal, Quebec. Think of it as Paris without the jet lag -- or the euro crunch. Montréal is the second-largest French-speaking city in the world, making it feel like you're a world away from home when, in fact, you're just over the U.S. border. Fall temperatures average from the 40s to 60s, so on warmer days you can stroll the St. Lawrence River waterfront and admire the architecture. On chillier afternoons, cozy up in a bistro, shop a stretch of chic boutiques or explore the Museum of Fine Arts or Marché Bonsecours (pictured here). We recently found a vacation package on Orbitz.com for travel in early November that included round-trip airfare from Washington, D.C. plus five nights in a four-star hotel for only $526. A similar package to Paris cost $939.

Lake Tahoe on the California-Nevada border has two high seasons -- one in the winter and another in the summer. In the fall, however, there's a pause between the time that sight-seers, hikers and boaters have gone home, and when the skiers arrive. It's your chance to enjoy this paradise in the Sierra Nevadas for half the cost. For example, in October and November, lake-view rooms at Ferrari's Crown Resort on King's Beach start at $89 a night -- that's 50% off the peak-season rate of $179. Other area hotels offer similar discounts. Daytime temperatures range from the 50s to 70s in the fall, and some seasonal attractions close down. But that won't stop you from walking along the cobalt-blue waters, catching a round of golf or trying your hand at the casinos on the Nevada side of the lake.

Traveling to Asia can rarely be called a bargain. But we found a way for you to satisfy your wanderlust and still save thousands of dollars. This fall, Cathay Pacific Airways is offering its All-Asia Pass for $1,300. That price includes round- trip airfare to Hong Kong from New York, Los Angeles or San Francisco. Plus, the pass allows you to travel by air to any of 18 other Asian destinations -- including Tokyo, Seoul, Bali, Singapore and Bangkok (pictured here) -- within a 21-day period. Imagine the cost if you booked several of those flights separately. All travel must be completed by December 13. (The regular price for the pass is $1,500, but you get a $200 discount if you sign up to receive Cathay's e-mail newsletter.)

If you don't mind cooler weather, you can live it up at this playground of the New York City elite in a condo suite or beach house--at non-New York prices. Weekend rates for an ocean-view loft at the Baron's Cove Inn, for example, start at run $150 a night in October and November, compared with $499 in July and August. And we found several water-front beach houses in the area available for rent at more than 50% off their summer rates. You probably won't be doing much sunbathing, but you can go sailing, sea kayaking, fishing, antiquing or wine tasting -- or simply relax in front of the picturesque view. Plan your trip at the right time, and you could even enjoy some fall foliage.

Sure, you can probably land a decent cruise bargain in the Caribbean this fall, but you run the risk of having to cancel your plans because of hurricanes and tropical storms. Instead, choose a baja cruise on the Pacific Ocean. We found an eight-night Mexican cruise on Moments-Notice.com for only $489 per person on Norwegian Cruise Lines. The boat has two November departure dates from Los Angeles and makes stops in Acapulco, Puerto Vallarta and Cabo San Lucas. We like Moments-Notice.com because when you book one vacation, it gives you a freebie for your next getaway. For booking this particular cruise, for example, we were offered a free seven-night condo stay, with several U.S. cities to choose from. Perhaps the only thing better than taking a stellar autumn vacation is getting to take another one free.

Seventeen states are having sales tax holidays this year. If you plan your shopping around these tax-free periods, you can save big on back-to-school …
The Ultimate Guide to Amazon Prime Day 2020: When It Starts, the Best and Worst Deals, Competing Events, More

In a first, the giant retailer has pushed Amazon Prime Day this year from July to October, effectively launching the holiday shopping season weeks ear…